There is a script, OPR brainstorm, widely used in the opr community especially in the Enlightened community. It was developed by an Enlightened agent for collecting and sharing OPR data.

The following link is a description about the script written by the author:

In the article, the author acknowledged that he wanted the OPR system to be a social environment instead of lonely works. So he developed this script, so that everyone using this script can share his own rating with others who also use this script.

Above is the UI of this script. The rating, id and comment of all agents using this plugin are shown in the upper right corner. When agents submit their ratings, all data is also transferred to the server of this script. 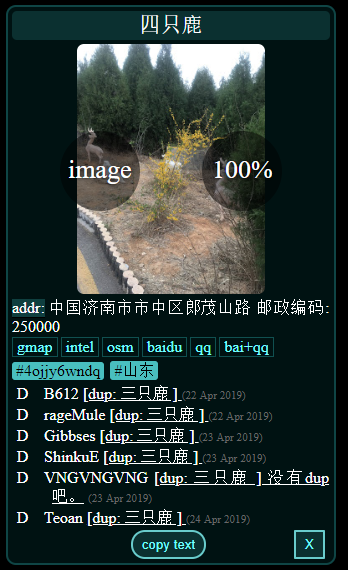