K13 TESSERA: THE SHAPE OF RESONANCE

Miketrevis ✭✭✭
May 2020 in The Investigation

When I saw the firs time the K13 tessera I understand instantly that I saw something similar before: the drawings made by wave resonance and sand. 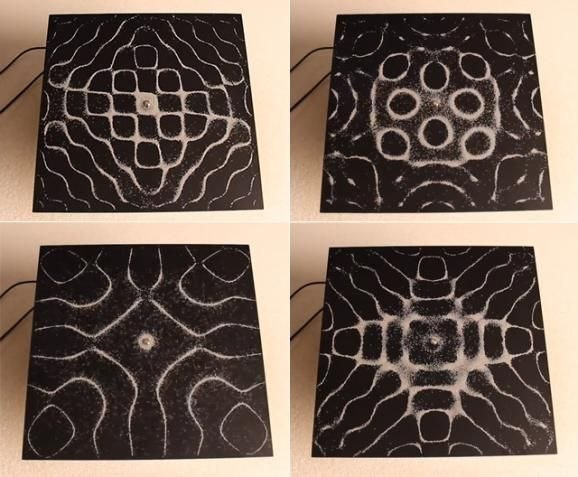 This drawings changes due to a specific shape of the plane and a specific frequency.

I didn't public this before cause I supposed can be a clue for the tessellation challenge, but now with the last video of the results of 9th and 10th rounds I think that the connection with the resonance tessera of the nemesis story is clear and public.