I have been notified that 2 unique Medals will appear in the Scanner after we complete the Tessellation! They each represent individual and group achievement respectively.

Example of qualifying screenshot. The comment should be in the appropriate thread, contain your Faction, and have not been edited. Screenshots with Tessera that are not fully loaded will be counted but are not encouraged. 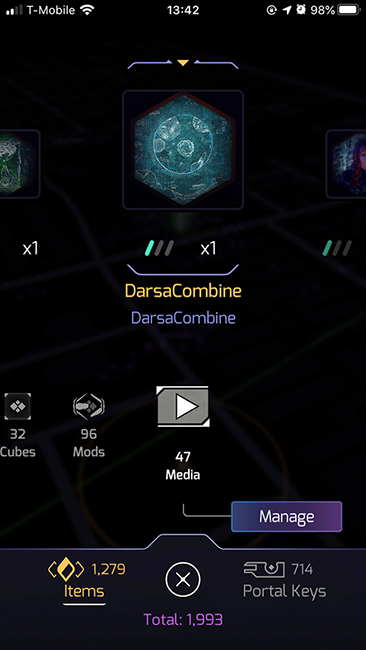 The meaning of the Titles isn't clear at the moment, but I believe they imply a higher level of duty. The Medals themselves represent your outstanding and persistent contribution when facing the threat of Nemesis as well as other global uncertainties. The NIA will continue to monitor the ever-changing flow of XM. Perhaps there will be more developments in the outcome. I'll be back when I know more.

*Agents who qualify for a Medal but do not wish to receive this acknowledgement of their contribution are encouraged to liaise with their Faction. Awardees of the Paragon will not be able to be exempt from the Knight Medal.

We will have a more detailed FAQ coming soon from the NIA. To answer the pressing question, how will the NIA gather info on participation that weren't documented on the forum, such as Live Drop attendees, coordinators, and decoders...etc?

-> The NIA will be working with the Vanguards of Ingress to gather a more accurate list of awardees for the Paragon medal.