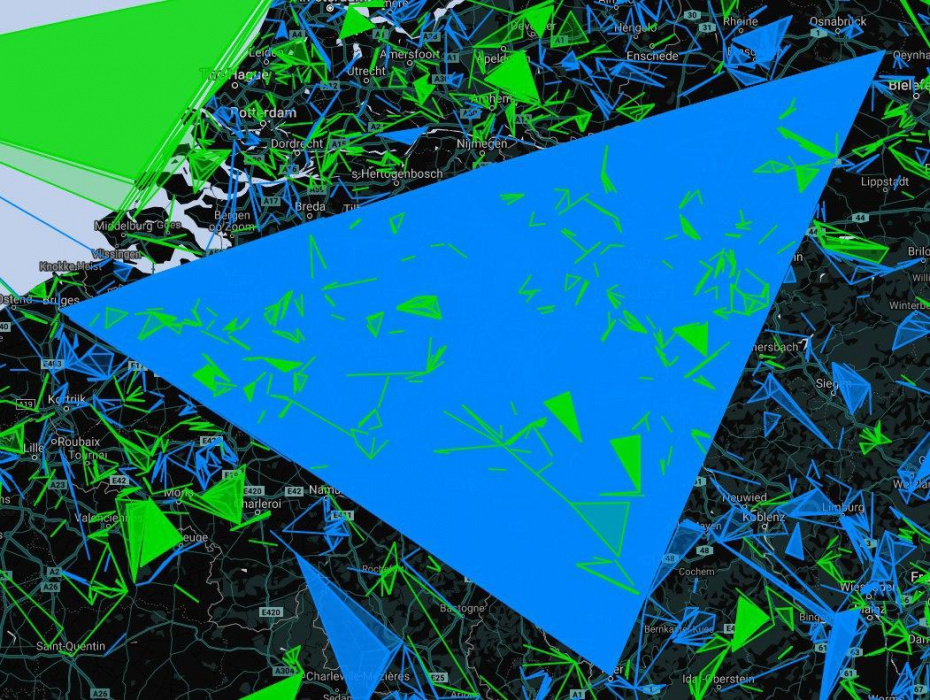 In the night from the 07th to the 08th of march 2020 more than 170 agents from the Netherlands, Belgium, France, Luxembourg and Germany built a field covering huge parts of Belgium, South Netherlands and North Rhine Westphalia.

The numbers in an overview:

Sometimes, it only needs a dumb idea to accomplish greatness. While a friend and I were busy with some other field projects, we had that one day, where we just fantasized about layer numbers and long links over populated areas. Remembering the former anomaly site Brugge's small city centre with lots of portals started what we thought was a joke. The next part of the joke was connecting this to the also portal-rich city of Trier. After realizing that the corridor between Brugge and Trier wasn't impossible to clean, this wasn't a joke anymore: Finding a third location with corridors fitting to these two lovely cities was just the logical final step. A few Minutes later, the town of Melle was spotted on the Intel. A few other people were told about what we started as a joke, and within the same evening, it was clear that this should become reality in a not too far future.

So, the first (and basically: final) plan was created, but the question was: Should we leave it there?

If we would actually stick to the plan we would have no safe anchor and just layer through city centers, would this actually be possible?

After scanning the corridors once again,  a group chat was started and we just wanted to see where we would head with this project. With links up to 370 kms on every side this project was way bigger than any other project most of us were involved in until this point. After some messages we had an amazing team to continue with the organization.

So now with a plan and an amazing orga group we only needed a suitable CP to have that many agents involved and available. With a lot of Ingress Events and other projects we decided on the First Saturday in March. Keys were farmed quickly and thanks to the amazing Christmas Market in Brugge, the transport was a no-brainer as being worth a weekend holiday on its own.

So with a great setup all people started working on this project and gathered more agents to help. Some areas needed drastic preclean and good preparation on the Intel. Looking back at it after everything is done I'm blown away once again on how well the Resistance in Europe is organised. The best team I wouldn't trade for anything.

Telling all the amazing stories from cleaners, operators and people keeping it all together would go behind the scope of this SITREP, but I can guarantee you a lot of agents did an incredible job! If you meet agents involved in this project I bet you everybody has his own story to tell.

During the night of the operation itself everything went really smooth. All agents were in position for their cleaning part. It was time to give the final Go for the last cleaning alerts. More and more cleaners gave their ok for a clean sector.

The linkers started link checking, a quite different thing when the links exceed 200 kms. It only took 2 minutes to see the first link appear on the Scanner. Trier - Brugge was established. With this link we pretty much linked through Brussels. What an amazing job! Now every second felt like hours in the field. One link isn't quite a field yet. Only 3 minutes later we received the message about the established link Brugge - Melle. So we were at a V now. I couldn't believe how smooth things were going.

Then the shocking message. New blockers at the east corridor. Good thing we had a lot of cleaners in this area and the 2 ENL agents were under control really quick.

We started layering according to our plan. Even though we didn't achieve all the layers in time for the CP, we ended up with 44 layers. This resulted in a whopping 450MMU+ for the Resistance in this epic night.

Only a few fields built in Europe were actually bigger than this project. But honestly I needed some days to realise how amazing this project and the whole team involved were. Everything felt so surreal that night.

At this point I would like to take the chance to thank EVERY agent involved in this project! Without every single one of you amazing agents none of this would have happened.

The complete list of agents involved in this project:

Some impressions of the night: 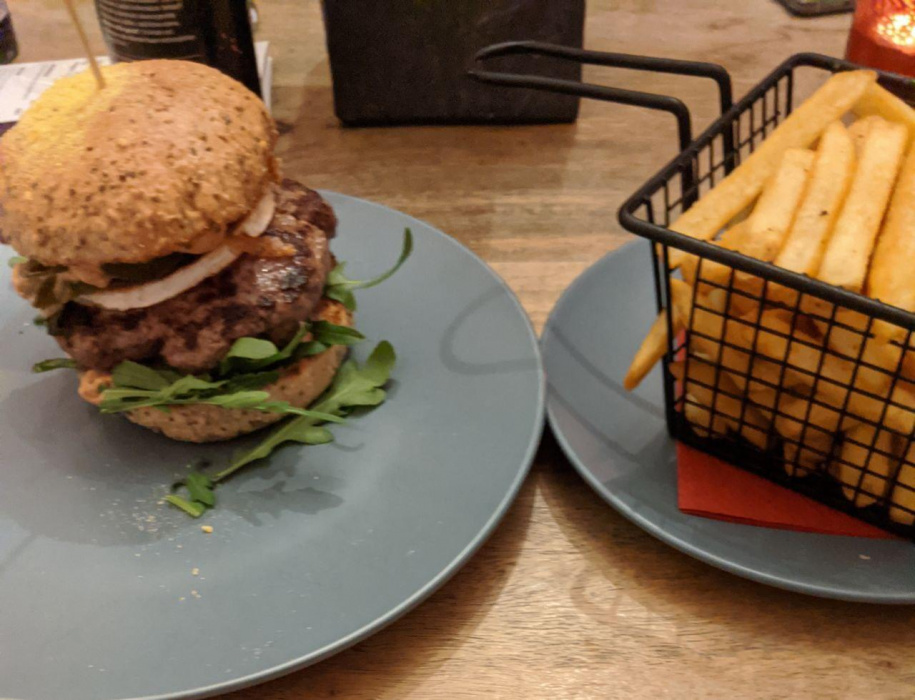 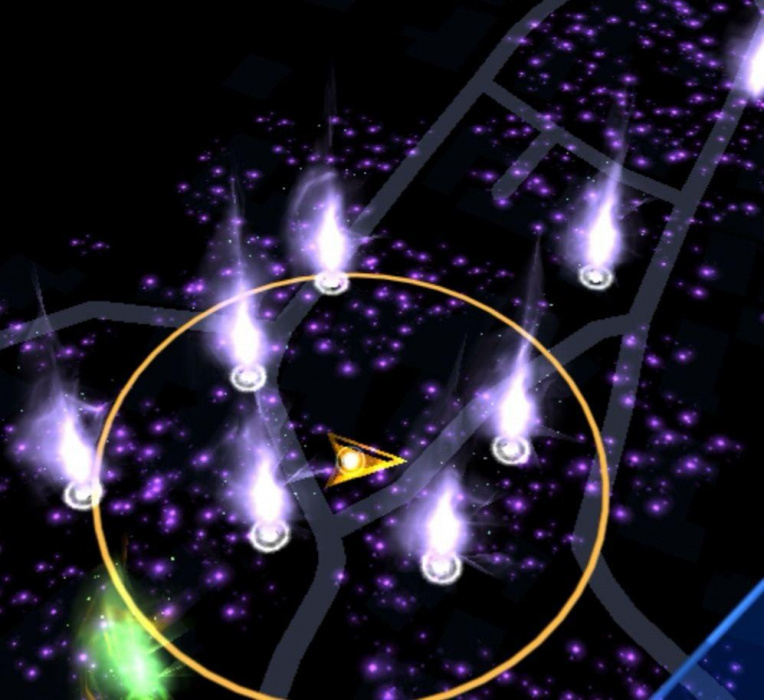 "Imagine sitting in a pub right in the corridor and not being able to do anything about this being in stealth mode..." 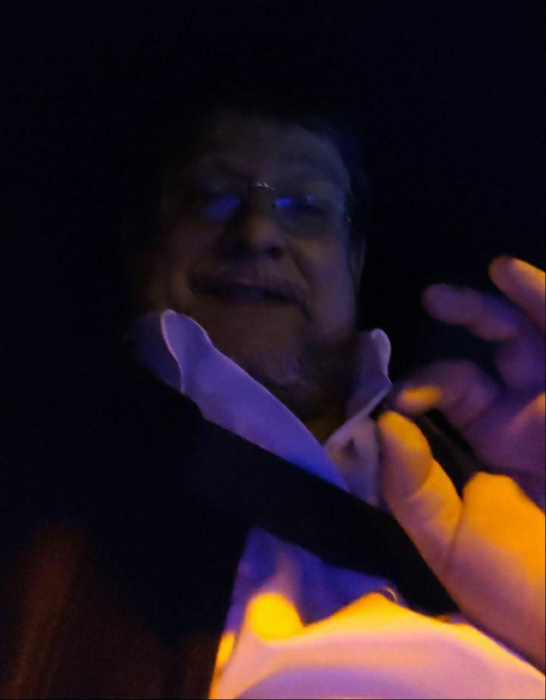 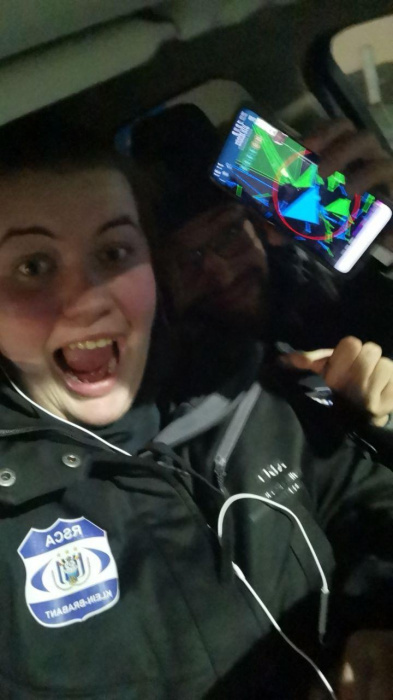 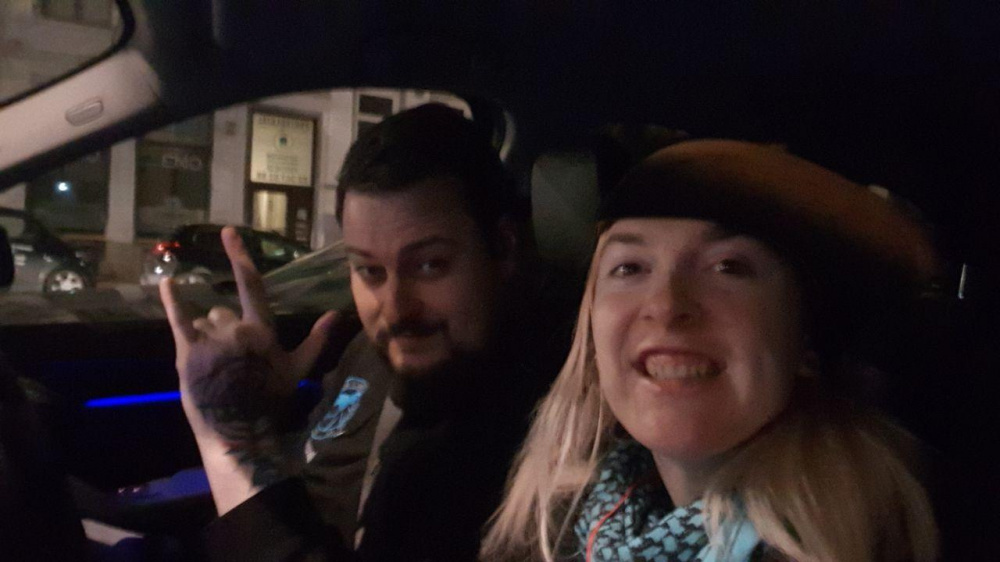 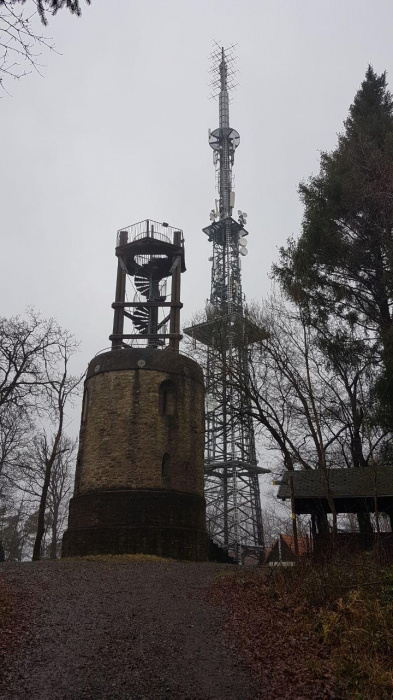 This high tower had to be killed during PreCleaning and again shortly before link time. This ment a steep ascend to the top of that hill. Real smurf power had to be provided by the world famous bifteki burger from Taverna Plaka in Hennef. Luckily we had IFS in Hennef shortly before operative action started.

Proof of being at the forest portal “Die Berge im Aufbau” near Dissen, Germany 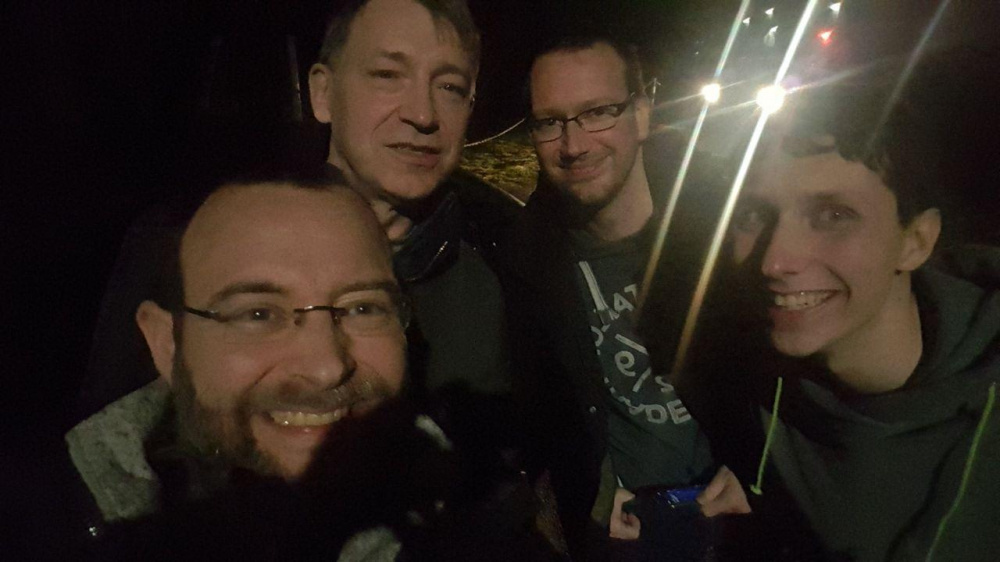 Cleaners from the east corridor after they had a lot of action. 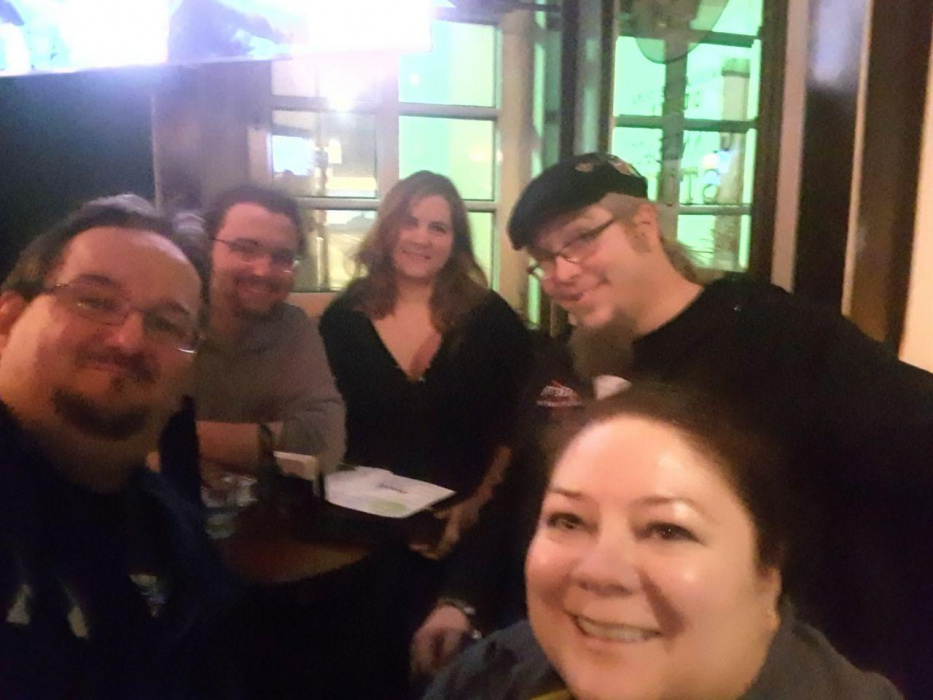 The team in Trier finished the night as they started it: In the Irish Pub 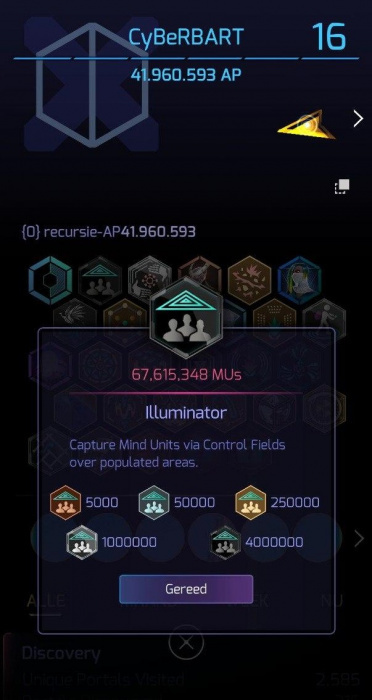 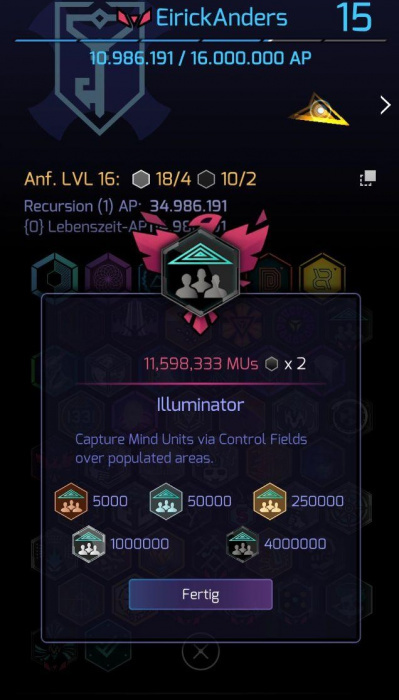 Two agents even recieved their black Illuminator badge on this evening. GZ!