Title of the Portal: Grafitero Feliz

Description: The other faction players waste his time in massively report the zones that are not of his colour due to a some argues about the pokemon go gyms and ingress portals and this portal was removed some days ago, I don´t know why it was removed because it have pedestrian acces (is on a park), the portal is not a problem for the emergency services, is not on a private propertry, is not on a school or near, is not duplicated and the portal still there.

I hope you review this case and put the portal back.

-Screenshot of Google Street view updated to September of 2019 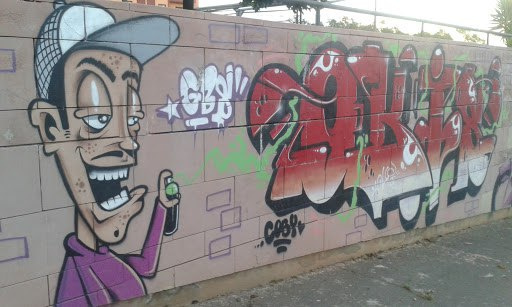 You can also check the portal situation and confirm that exists and is there in google maps looking 360 photos for all over the park and specially near to the portal.

Finally i want to add that i have the permissions of the google street view user to publish a screenshot of his photo.