Shard #12 The Humanist - What actually happened

This is just to provide some clarity about the Shard #12 Humanist situation which spawned in Bangalore, India.

After several plans were considered and discussed with local ENL in the spirit of XFAC, it was decided that the shard would be sent west to the South American Target. The shard moved smoothly through Southern India to the southern tip of Sri Lanka where the Enlightened(with possible advance Intel shared from Enlightened India) decided to steal it and score it by themselves with a plan of their own.

The moment the shard situation escalated to a faction vs faction situation, RES agents in the region successfully blocked out any potential links from either Sri Lanka or Maldives while trying in vain to initiate discussions of an XFAC approach to move the shard with Sri Lanka ENL.

After several futile attempts at XFAC collaboration with Sri Lanka ENL, ENL of multiple countries(involving possibly the Enlightened agents of India, and definitely the Enlightened agents of Sri Lanka, Indonesia and Maldives) in the region suddenly decided to take down The Cocos Club(https://intel.ingress.com/intel?ll=-12.188011,96.828791&z=17&pll=-12.188011,96.828791) on Coco's Island which is a remote portal between Indonesia and Australia with a suspiciously low level account(Agent damaress).

This takedown was synchronized with a link from Indonesia to the Maldives by Agent AbdulTutik from this portal(https://intel.ingress.com/intel?ll=-6.322384,106.663204&z=17&pll=-6.322384,106.663204). (Shamefully, this link is still being maintained by the Regional Enlightened to have their regional control.Refer below) Next jump, the Enlightened agents complicit in the cheating managed to link to Indonesia to move the shard which eventually reached the Target in Taiwan. 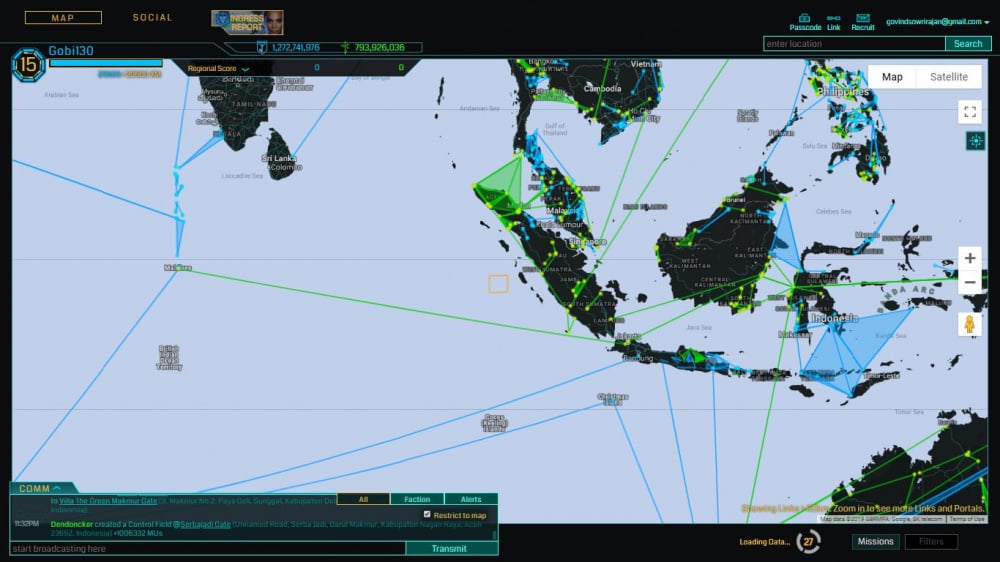 A point to be noted is that this was the second attempt by a spoofer to take down the Cocos Club portal on the same day. During the first takedown, the resident Resistance agent recaptured the portal and the Resistance managed to remake the links taken by account after a suspicious takedown by a level 4 account(IGN:PoliceNIA). The second time around after failing to block out the Cocos Club during the first attempt, it was ensured by the Enlightened that it was done using a level 7 account(IGN:damaress) with an agent(AbdulTutik) available to make a link.

Agent damaress was later banned just before the shard moved into the target in Taiwan. This was not just an attempt at stealing the shard(which can be accepted if it was a legit effort) but there was spoofing involved to clear the way.

Comm Text:All times are in IST(UTC+5.5) and the activities happened on 27 Sept 2019 and can be verified from the Comm(Refer below for activity on Intel)

08:51 PoliceNIA destroyed a Resonator on The Cocos Club

08:54 ioislander deployed a Resonator on The Cocos Club

Second Takedown of Cocos Club and synchronized linking to Maldives

12:19 damaress destroyed a Resonator on The Cocos Club 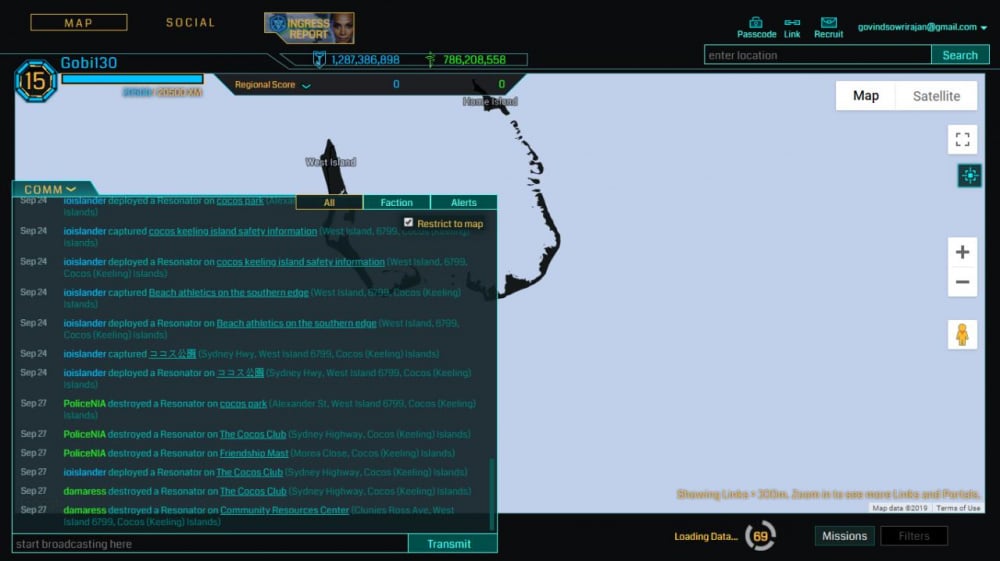 The main reason for this post is to provide clarity about the what really happened with Shard #12 The Humanist and to make it clear to every community all around the world that the Resistance in any region was not part of the efforts to ensure the scoring of this shard which was tainted by the cheating of the Enlightened. Most of the Ingress community should see this as a similar situation with shard #8 which was actually handled and moved by a spoofer and reset by Nia OPS. If not treated the same way, it shows that those agents are alright with spoof clearances during shards but not spoof captures or looking at the faction and not the action involved.

As for the timing of the post, several other regions are still continuing to work Cross-Faction with the remaining shards. It was decided to leave this post for later(until the maximum possible rewards are reached even if Niantic decides to cancel the scoring of #12) so that the actions of cheating involved to move #12 is not an influence on the event benefits rightfully earned by other hard-working agents around the world.