Half of whole accounts in Seoul are owned by ONE GUY

A guy playing in Seoul (South Korea) has over 150 accounts, it can guessed be over 200 also probably.

this number is similar to total number of other players who are playing in Seoul.

you guys can see logs similar to that of Anomaly Events in progress at 03:00 UTC (it's high noon in South Korea) everyday including weekdays and weekend.

This cheating even had power to decide the place of Kythera anomaly even that site has nothing of activities.

Due to this issue, many agents of South Korea had to visit unactive site for participate Keythera anomaly what was manipulated by cheater. 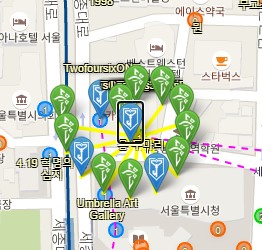 This area is inactive when except his logs like a bomb. this area could not be chosen to event area in Kythera Anomaly.

The most problem is many nicknames of that guy contains the meaning of **** harassment to specific player(s), and/or insulting, demeaning, call as handicapped.

We know who owns those. and checked by their eyes that a guy (who-has-known-face) uses multiple mobile phones and iPad in cafe with repeating sign in and out with various accounts.

I can't present evidences coursely! I know Niantic would replace all of names to ""REDACTED""

I just want to say this; What niantic did for this serious cheating and what can Niantic do? how dare could that guy is keeping this cheating and immoral behaviors for over few years?

Seoul is getting attentions globally recent but one guy has about half number of total account in Seoul. but the cheater rules the capital of a country, I think Niantic needs shame.