The day finally came and it was time to #MeetYouOutThere, this time on Alameda Central at Mexico City. 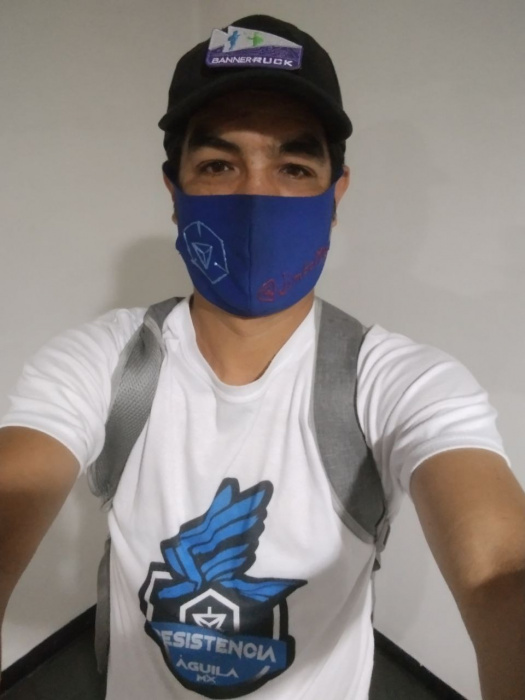 Alameda Central is one of the oldest and most important parks of Mexico City, right at downtown and its full of sculptures, water fountains, and surrounded by emblematic buildings like Torre Latinoamericana, Bellas Artes Palace, Correo Mayor Palace, and others. 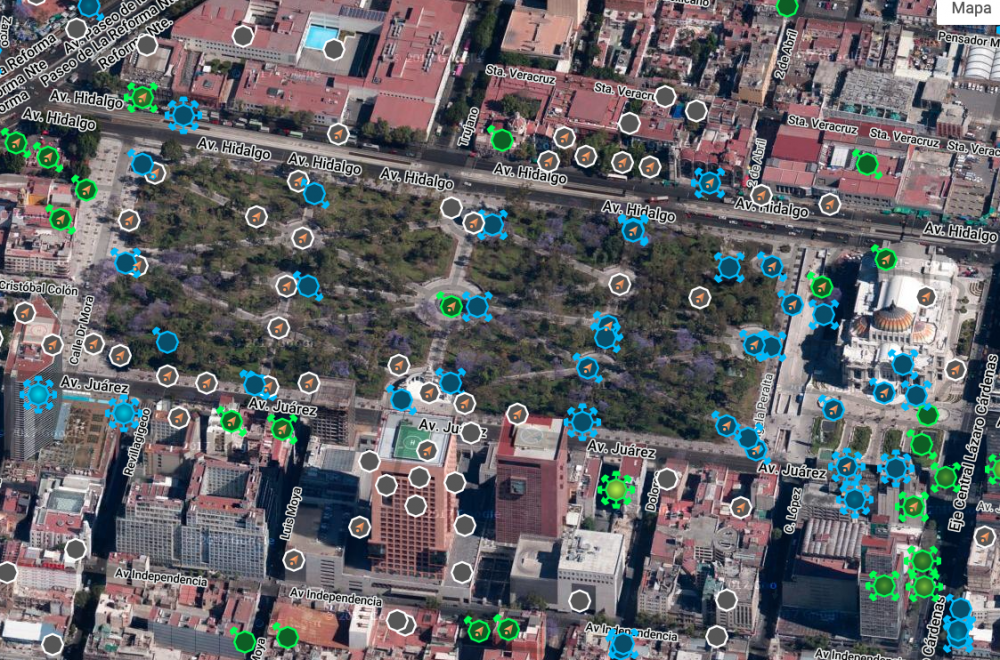 I planned to arrive at 1:30 to search for Niantic tent before the event, but life got in the way and i ended up arriving at 2:15 aprox, so I wasnt there for the start of the event.

As I ran from the bus stop near Av. Hidalgo into the park, I started noticing a few trainers with Pikachu hats. After capturing the first 2 Niantic Portals on my path, i noticed a queue of aproximately 50 people, so i decided to investigate.... 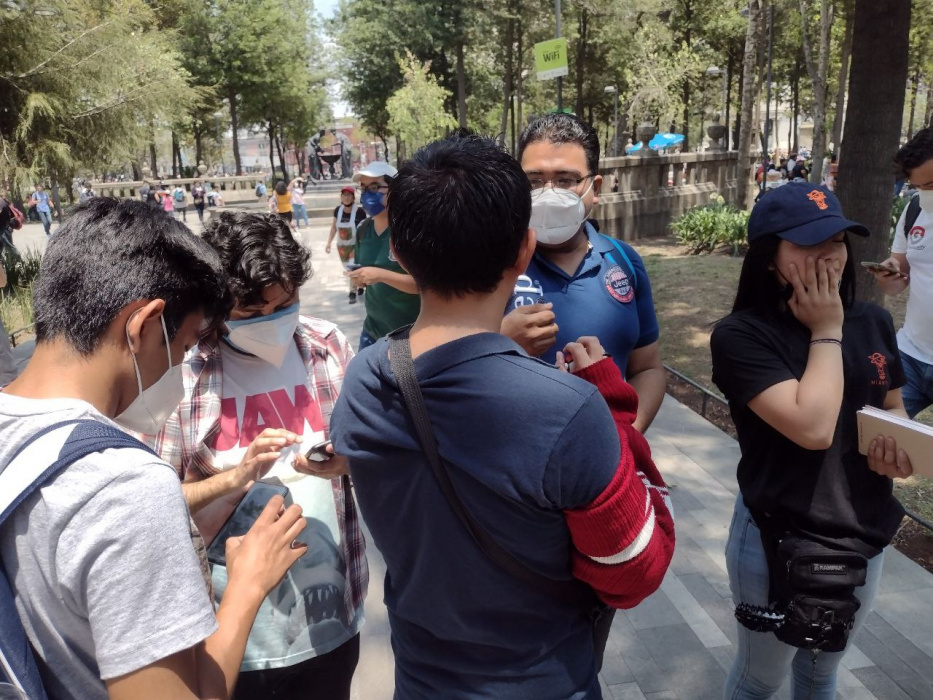 At the beginning of the queue was the first Niantic Ambassador girl handing out Captains Doty Biocards, and explaining the trainers that they had to collect 5 post cards from different colors and then go to the tent to get a surprise. Good thing, the girl knew about ingress and told me to capture the portals (didnt specify if all or 5 or how many).

I decided to put myself into the queue and get the biocard, after 20 mins, unfortunately, the ran out of it and i was 10 people close to get it!!! Bad luck i guess.... But i managed to get a picture of the biocard later, so im sharing it now. 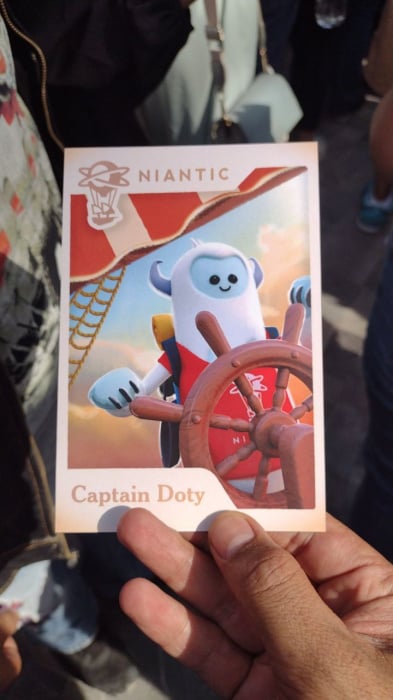 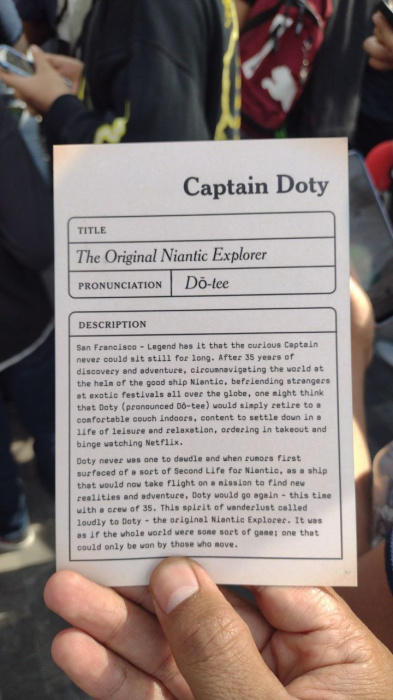 I decided to go and capture the rest of the portals, just in case. A few were ENL controlled, most were neutral, and a couple were RES controlled so I ended up using my precious Jarvis Virus to get all 15 of them. It took me around 30 min, because some of the parts of the park were really crowded with Pokemon Go Trainers, dancing groups, skaters, kids playing at the water fountains.

Almost at the end of my captures, I remembered to start my Kinetic Capsule Program, so im not sure if i made the 5km requirement for Niantic to plant a Tree as the Earth Day activity. I made the distance for sure, but probably after the end of the event.

I also noticed ENL activity when they attacked my just made captures. @kn95 and @FractalisMx were here too.

And I decided it was time to go to the tent, and took some pictures to share with the different Ingress groups im part of. 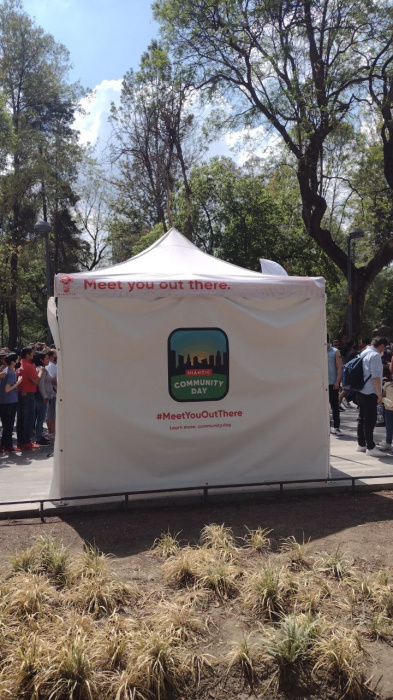 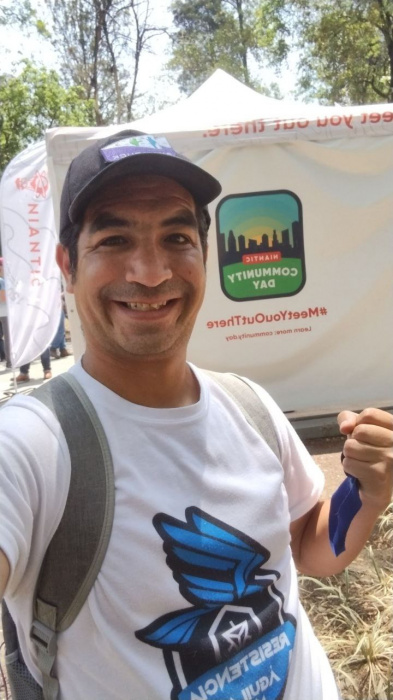 Now it was time for another queue. This one was longer, almost one full hour to get to the tent. 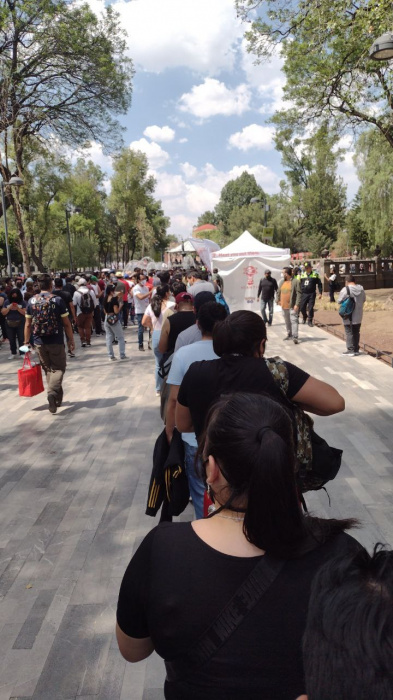 While i was at the queue another girl from the staff handed out this Niantic card. 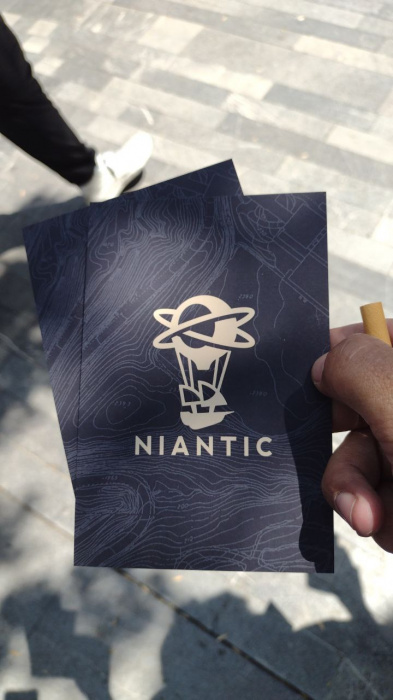 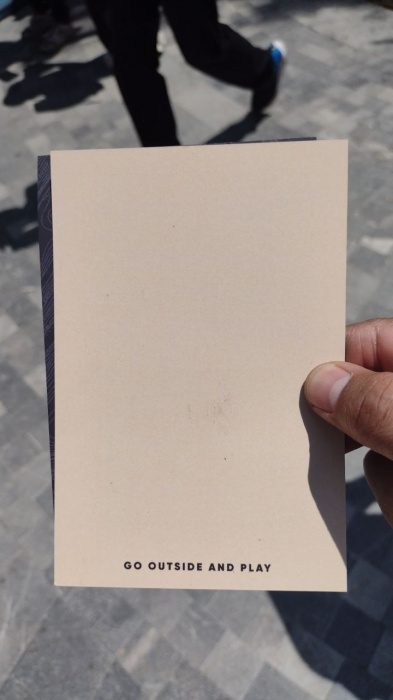 Not sure what was the purpose of having nothing on the back.... getting autographs? taking notes? ask Niantic for a wish? At the end of the line I got this ticket, and i was informed that at 5pm they would give prizes to the lucky winners. I asked if I could take pictures of the prizes (they were inside black bags) and they said no.... I also asked Alan Mandujano - I think he is Pokemon Go emerging markets promotor for Latinamerica (https://twitter.com/AlanMB) about what were ingress players supposed to do to win, and he told me all the Swag was for Pokemon Go trainers only. ¿?¿? I replied that it was Niantic Community Day, not only Pokemon Go, so what were Agents and players for Pikmin supposed to do? And he said Niantic only sent swag for Pokemon Go. Really disapointed to hear this from someone who claims to work and represent Niantic in my country. 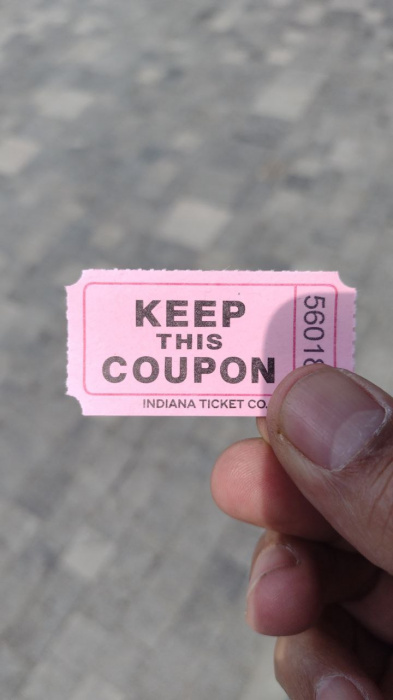 After that, i just waited near the tent to see if i found more Agents. I ended up finding @Tkyhuatll @kn95 @FractalisMx @sescorza and @chuck122199 . I knew @MaguiHV was around too, but couldnt find her. 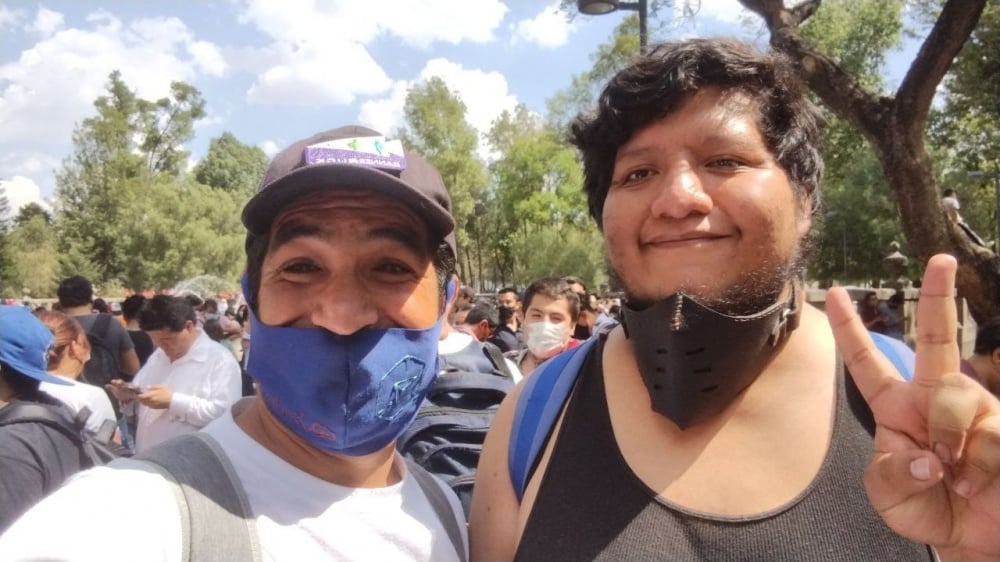 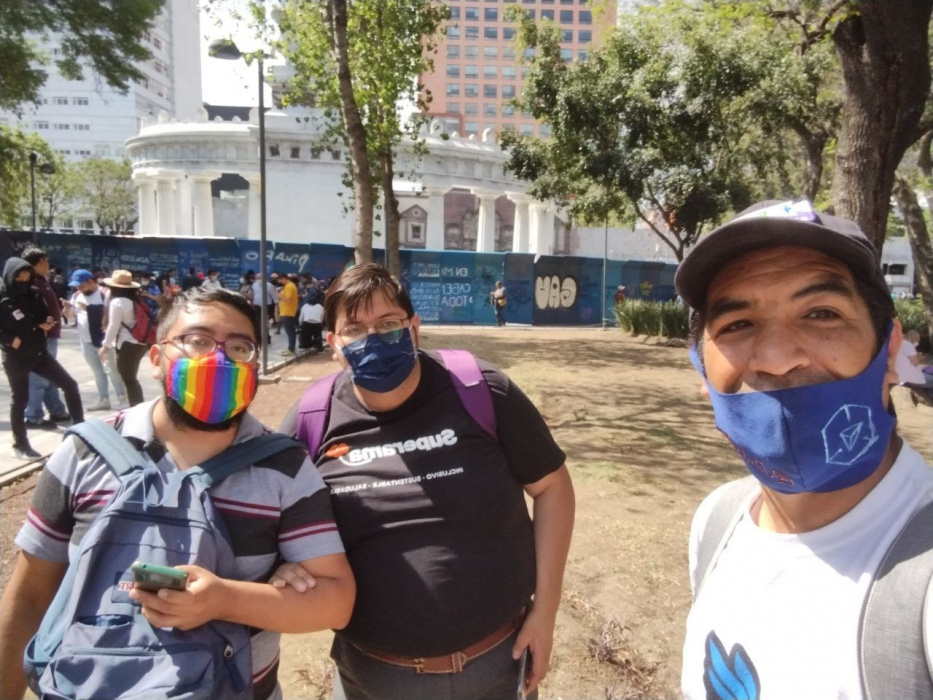 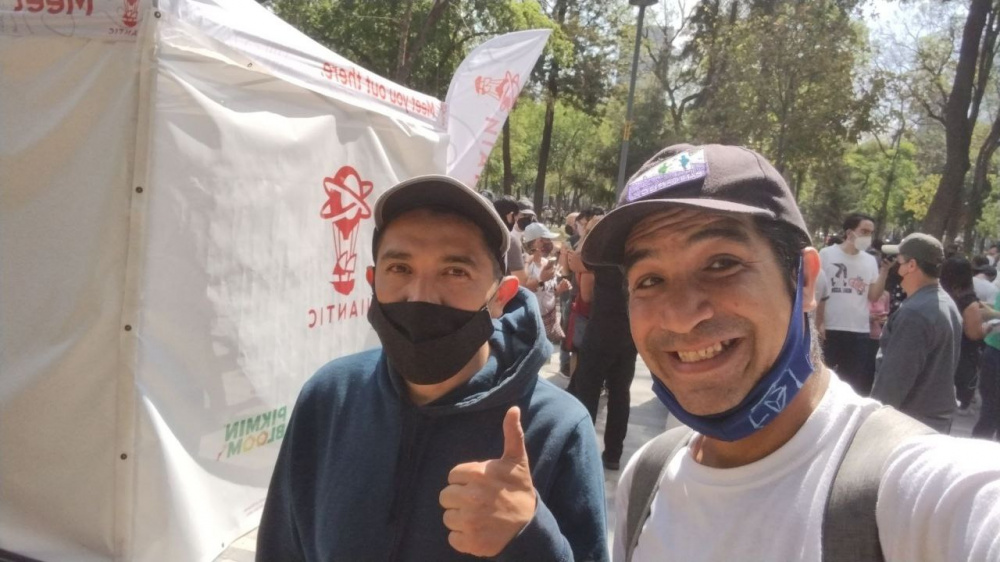 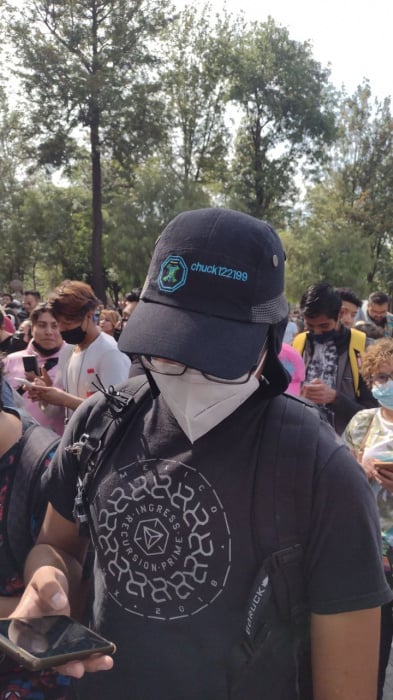 While I was with @Tkyhuatll he told me someone launched a Battle Beacon, so i went into fight mode, and the RES won the encounter!! later we found out that @kn95 ran out of data at the middle of the battle, thats why we defeated @FractalisMx easily. It was fun! but i forgot to take a screenshot.

5pm were close on the clock, so the people started gathering for Group Picture and the raffle. 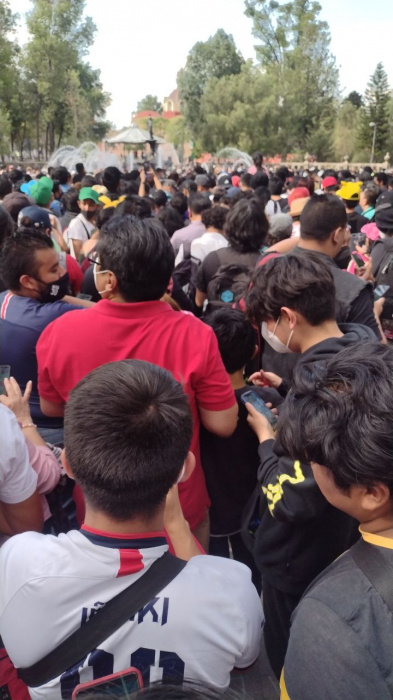 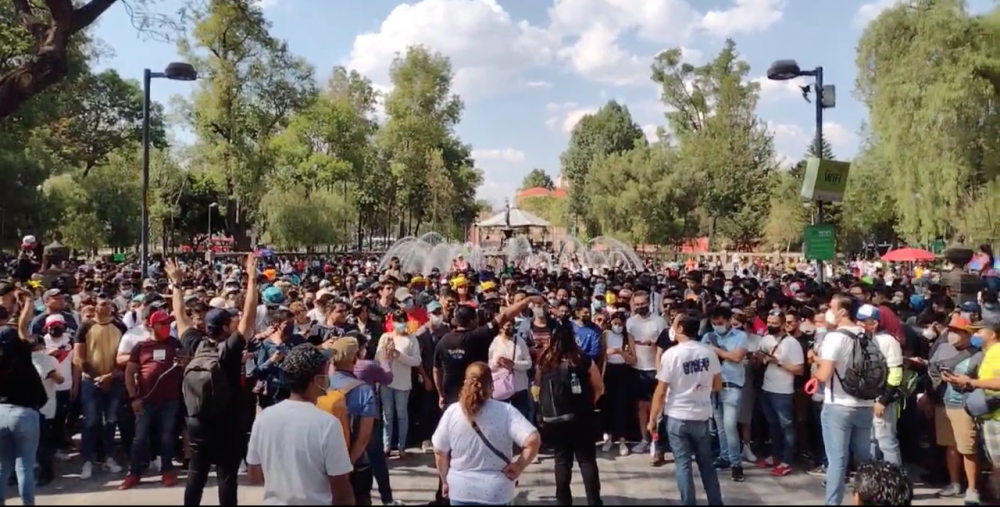 There were 2 drones in the sky, however the staff took a very long time to organize the picture and video footage, so the raffle ended up way past 5pm, probably 5:30 or later. 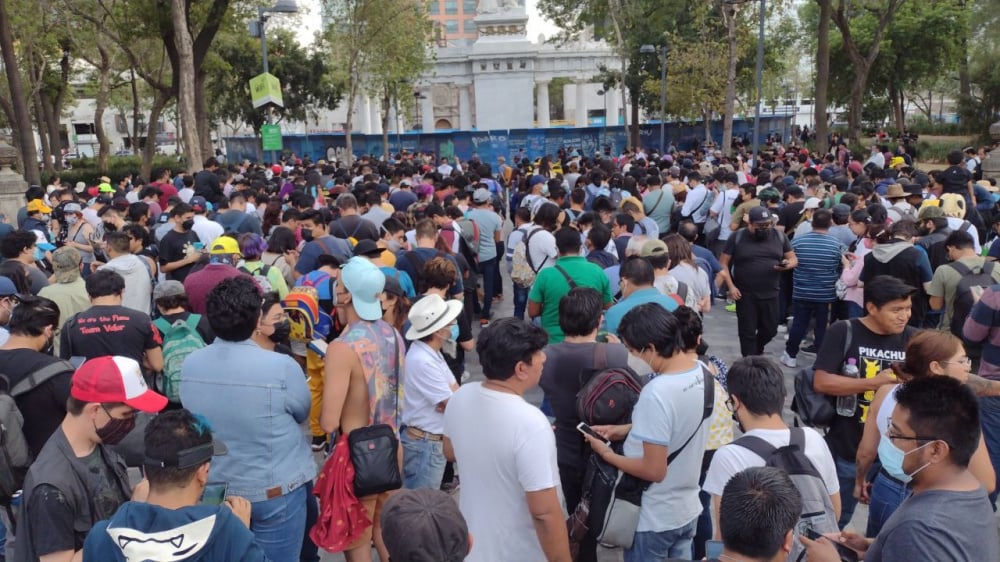 I was way to back on the raffle to see or take pictures of the winners and the prizes, and i got only this girl because her friends were close to me. 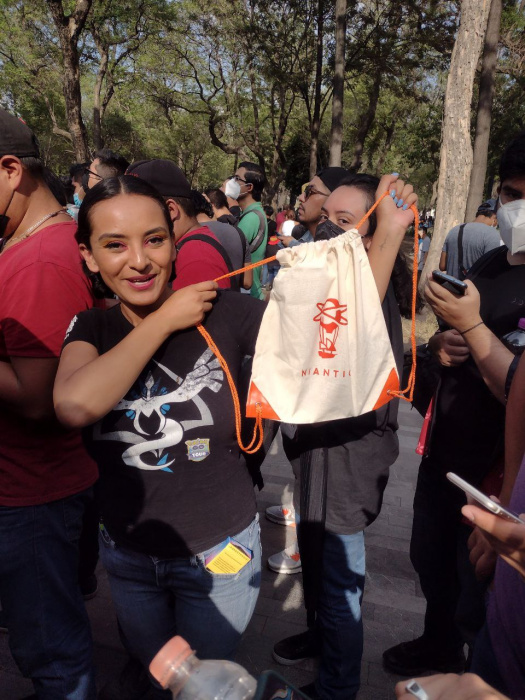 At the end, the staff girls were saying to stay alert for Pokemon Go App LA (https://twitter.com/PokemonGoAppLA) social networks to see the group photo.

And after that, it was time to go home, get some food, hydrate more (I had 1.5L of water and a bottle of Cola during the event, and still thirsty).

I believe the idea of a Niantic Community Day is great!, but it needs a lot of improvement to really get the Ingress Agents involved. This time the only attractive was the swag (even if it was not Ingress swag). No medal, no missions, no ingress people involved, no bonus items. 15 new unique captures is too few to be considered an attractive.

I know First Saturday is the equivalent to PoGo and Pikmin CD, and i dont think it should share the same date with either, but the Ingress Crew and Niantic Crew need to focus on making Niantic CD stand out and differentiate from the rest of the events. Otherwise, this was just another PoGo CD, but with Niantics logo.

Thanks for reading and see you on my next SitRep!!!