On Thursday night, 17 December 2021, Bandung Enlightened Agents having some fun making a Linkstar to a portal in the east part of Bandung City with total of 935 links and 3542 km total link distance. Bandung City today has more RES Agents than ENL Agents, the active ENL Agents area is more sporadic outside of city center, East, South, and North with mostly 5-8 active ENL agents on everyday gameplay. The city center? almost blue everywhere. The Ingress gameplay nowadays also tend to become more individualistic and cooperation between agents mostly sharing gears for everyday play. To make the gameplay more active and interesting again for some senior ENL agents, we planning to make a Linkstar project. This portal also used before to make a linkstar but only last for 500 links or so. Whats makes this OPS more interesting because the portal density in East Bandung is growing fast and has more than 1000 portals in 3-5 km radius! 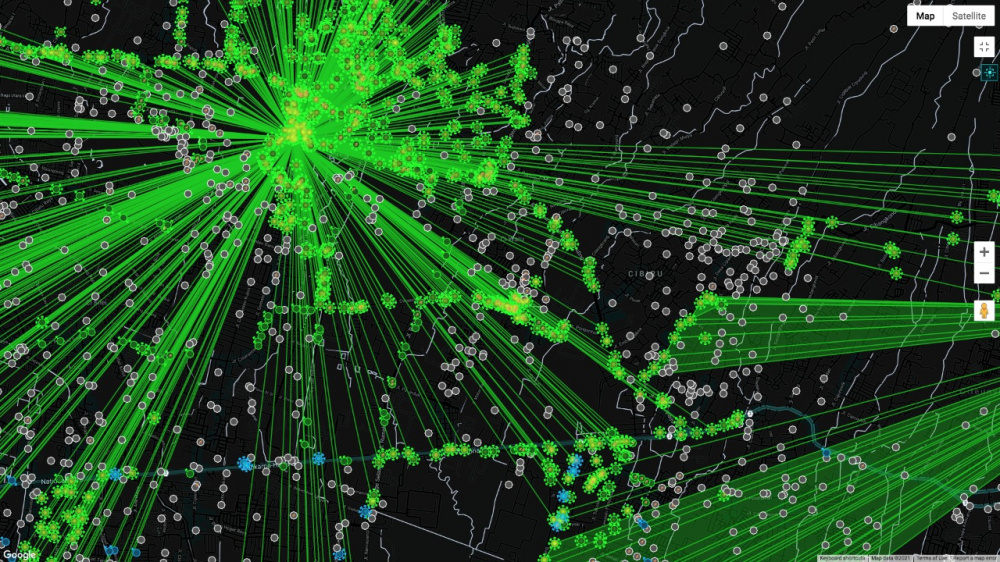 Jembatan Bailey Pusjatan is located inside government office where agent @noregardd working and has a limited access. We have another choice for linkstar, TVRI in southern Bandung, but the agent working there is not so active anymore nowadays. Keys farmed by @noregardd and @ahmadarlong who works nearby. Key distributed to another ENL agents from 1-2 months ago step by step and let it replicated by quantum capsule. The date for this OPS keeps changing as the Keys not enough to beat last record of Indonesian Linkstar made of 1310 links in Jakarta. As the keys farmed and distributed reach our target number, the OPS begin on 17 December 2021. Originally, we planned to begin on 18 December (Friday night) to make the portal safer since the office closed on weekend. But as we know the number of ENL agents is limited and we planned to prolong the timespan from Thursday night to Sunday. Unlucky, RES agents come and attacked the portals on Friday 12 am exactly when @noregardd doing Friday prayer as moslem and come late for defending the portals. It was unfortunate, but what we did also amazing, placed third on Indonesian record for starburst. Good job agent ! Cheers!

Linkstar Statistic at 11.37 am before Friday prayer time; 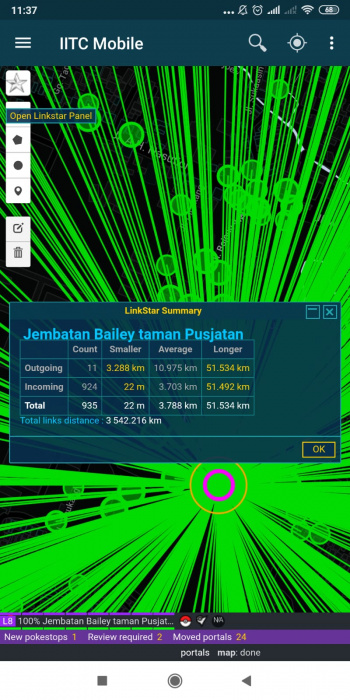 Here some documentations of our OPS. 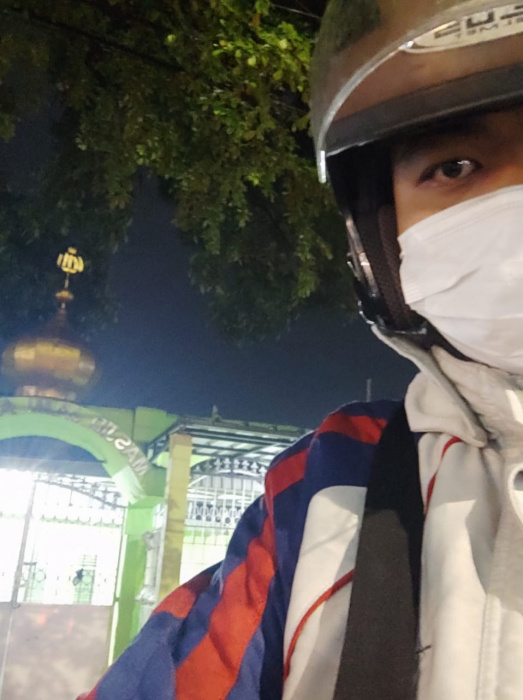 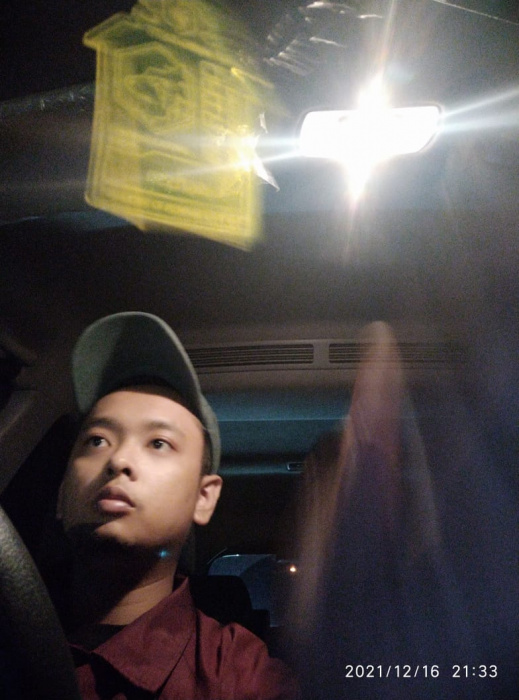