This is a continuation of the previous NL-1331X Tour Investigation report. The purpose of these reports is to Investigate November Lima's #MeetYouOutThere tour which will span through out this month. During this tour, the New Community Specialist @NianticThia will be driving NL to multiple location to meet up with Agents and expose the public to NL. With NL's history, all changes with NL and its passengers should be logged. The reason why NL-1331x has become active again is still unclear.

NL was parked in a parking a lot across from the Kupros Craft house, seemingly alone when we arrived. Like the previous event, we arrived early to do our own experiments with NL. The tecthulhu did not come to this meet up, but Toast and two chaotic beings were present.( The tecthulhu fears the young chaotic beings, so it preferred its home.) There was an interesting interaction between the two chaotic beings and NL but that is noted later in this report.

NL was closed up this time, but it had an energy about it that it did not have previously at the Oakland event. In the Oakland event it was mentioned that NL was dormant, open but not lit up and seemly quiet. A this Sacramento event, while NL was closed up and not lit up, it still felt much different. It was active and had a presence about it. This could be seen as no one wanted to park next to it even as it was parked in a public, free, parking lot near the pub.

The public did not seem to have interest in NL at this location. If anything, it seemed that they ignored it while Agents willingly took pictures and stayed within its vicinity with little fear. I question whether or not this is due to the lack of new sensitives or if NL can purposely call only specific people to it. Was NL doing something to discourage the public from interacting with it? If so, why? It seems purposeful to have only current Agents interact with it, but at this time nothing conclusive can be determined on the subject.

An interesting development was that Ethan, NL's well known driver and companion, has joined the Tour.... The rest of the Niantic staff team, that was at Oakland, were not present in Sacramento, thus leaving Ethan and Thia alone. Ethan has quite a history with NL. Many in the past have noted Ethan's interactions with NL and questioned the control that November Lima has over him. Maybe the change in NL's presence is due to Ethan. Either way Ethan's interactions with Thia should be noted as well in ongoing events. Like the last event, Thia is still learning about NL's and now Ethan's history. It is safe to assume that anything she is told about NL through Ethan will be downplayed.

Thia and Ethan worked together at this event, interacting with Agents as they showed up, though Thia did take some direction from Ethan when it came to "swag". Shortly after the start of the event, they both called to the Agents to do a group photo in front of November Lima. This was a very short interaction compared to Oakland. Ethan then gathered "swag" with the help of Agents and set up at Kupros across the street. I am noting here that unlike the previous event, Agents were much more aware of the dangers of traffic. Safety seemed to be on everyone's mind. However, this is the only time that Ethan or Thia gathered agents to NL, there was no prompting for Agents to continue to interact with NL in person. Most of the time spent at the event was at the Kupros Craft house, with NL watching from a distance. The priority did not seem to keep Agents close to NL, but Agents still interacted with it through the scanner.

There was constant interaction on the scanner at the beginning of the event. Two mission sets were set up before the event to encourage activity and occasionally Agents would leave to do these missions, only to return later. While these missions were set up by Agents, there seems to be some sort of influence happening that is encouraging Agents to make missions before these events. The interactions in the scanner were not as intense or spread out as Oaklands, but the NL portal very rarely stayed in control of one Agent for long. It is safe to assume the in App store had some interactions but unlike the Oakland event, Agents were more together than they were apart. This made the interactions in the scanner, centered close to NL even as Agents kept distance from it.

To add to this, it seemed purposeful to keep the Agents with in close range for an extended amount time, just not on top of NL. Thia ran multiple "swag" give-a-ways at the Craft House, that highlighted Agents accomplishments in the scanner. (The swagcapsule also gave items to Thia to give away, in an experiment.) This encouraged agents to stick around and have conversations on their own experiences in Ingress. She also passed out free swag items, some of which were older in nature and gained a fair amount of attention as Ethan set up the swag shop on the Craft House's patio. The placement of this event was strategical in the way it kept agents around because it was a pub that offered food and drinks, thus fulfilling the basic needs of Agents. For older agents, it was reminiscent of Anomaly events where Agents normally gather at a bar afterwards to socialize. Many conversations were filled of events of the past which Thia encouraged and learned from. There was a lot more interaction happening between the Agents and Thia which helps in observing how NL may influence her later.

To note, one of the major things the swag shop had, was the entity Toast. Toast has such a pull on Agents that Ethan even spoke of the surprise of its popularity. The abundance of Toast may be something to note later in a different report but Toast does seem to be a companion of Thia's. Many items in the swag sales were once again limited or unique to the event thus encouraging Agents to spend money on what ever was extra. Unlike Oakland, these sales happened online first which encouraged Agents to interact with each other, on other platforms for pick ups of these packs. NL however, had a large interest in three unique items. These items went missing which may support my theory that these swag items aren't just simply swag. People should note any differences they may experience when having these items.

As previously stated, i brought Toast and two chaotic beings with me. I am noting that NL had a calming effect on the two small humans. They had no fear in leaning against NL, or sitting at it's tires, unaware of the people that have been crushed by them. NL did not try to discourage these younglings unlike it did the other general public. Maybe it knew that these younglings would soon be Agents once they came of age. To note though, it messed with hotspot tethering to keep the young ones from accessing another Niantic "game". I wonder if NL consciously does not want to influence young humans or if it was acting in jealousy of the attention Toast was receiving . Either way, it kept the small humans tablets from accessing any Niantic "game" and rather seemed to encourage them to document their surroundings, including it. The younglings had much more interest in the event and NL than they normally have. Further experiment may be needed to understand NL's influence and interaction with children.

Glyphs around NL did not show much of a difference in the regular pattern. The first sequence glyphed from this investigators scanner was Adapt Idea Discover Evolution, which i felt was rather fitting of the event but i wonder if it was speaking of the younglings present... Thia also contributed a sequence, Xm Die Chaos Live.

After the NL event, my scanner seemed to have some issues afterwards. This is still being investigated at this time.

This concludes the report of the NL meetup in Sacramento. It is encouraged that Agents continue to post their experiences at this event and future events so that we can note the changes to the new community specialist and uncover the reason behind NL's movements again. 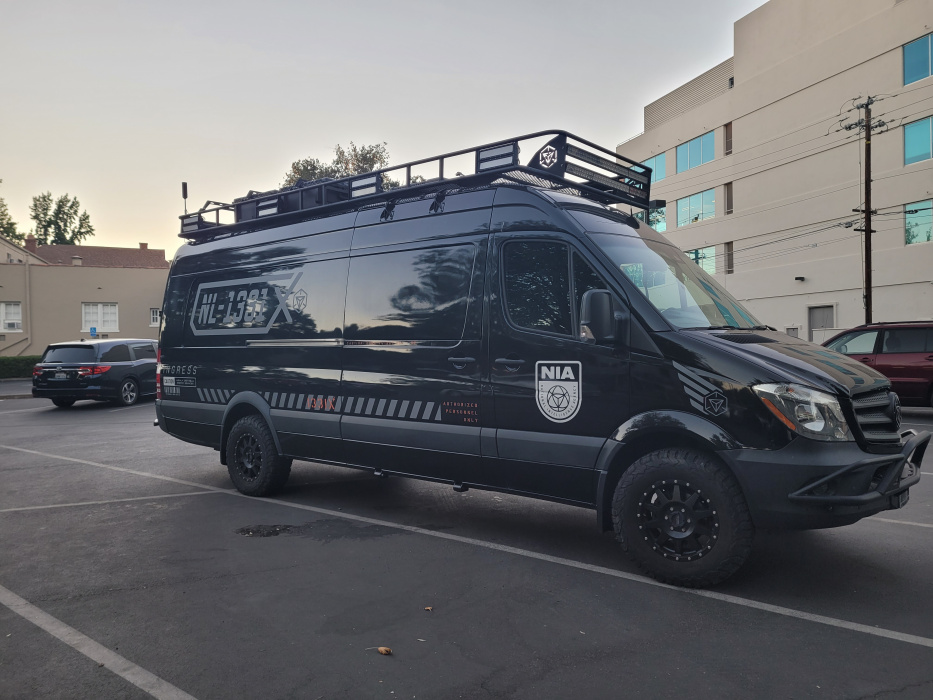 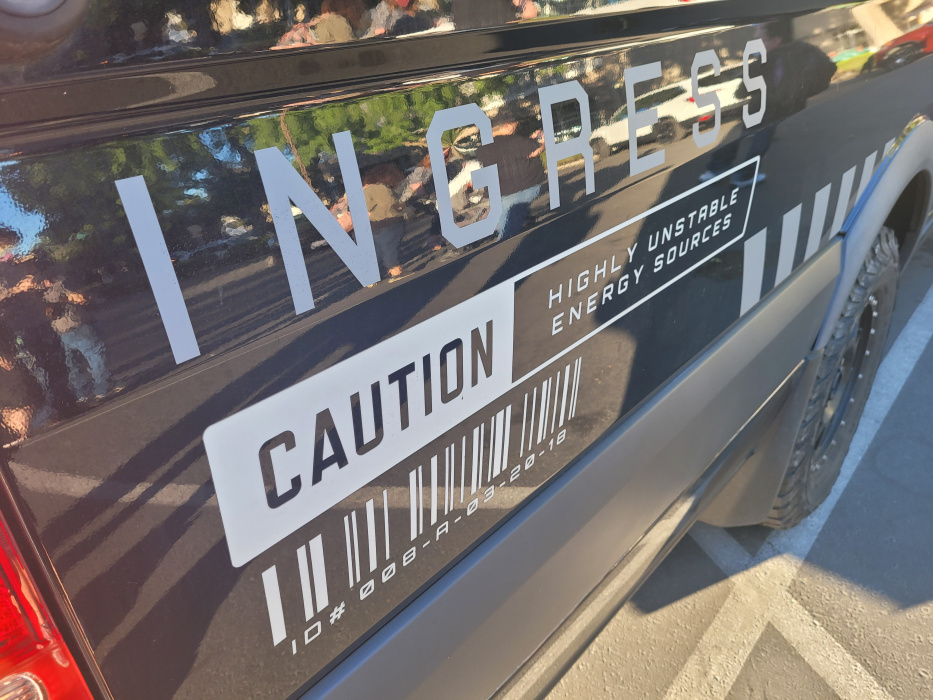 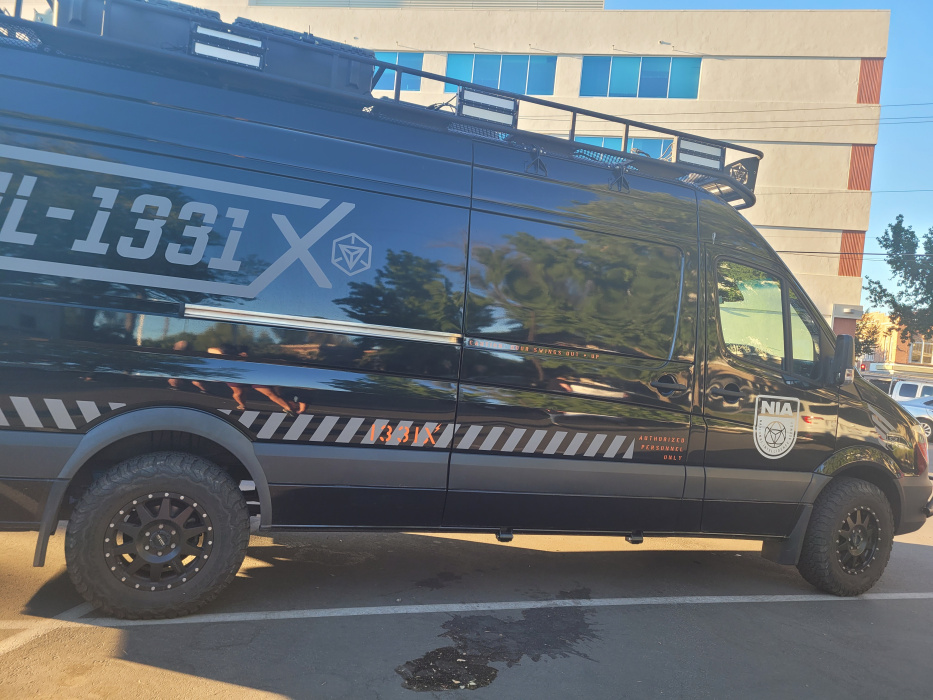 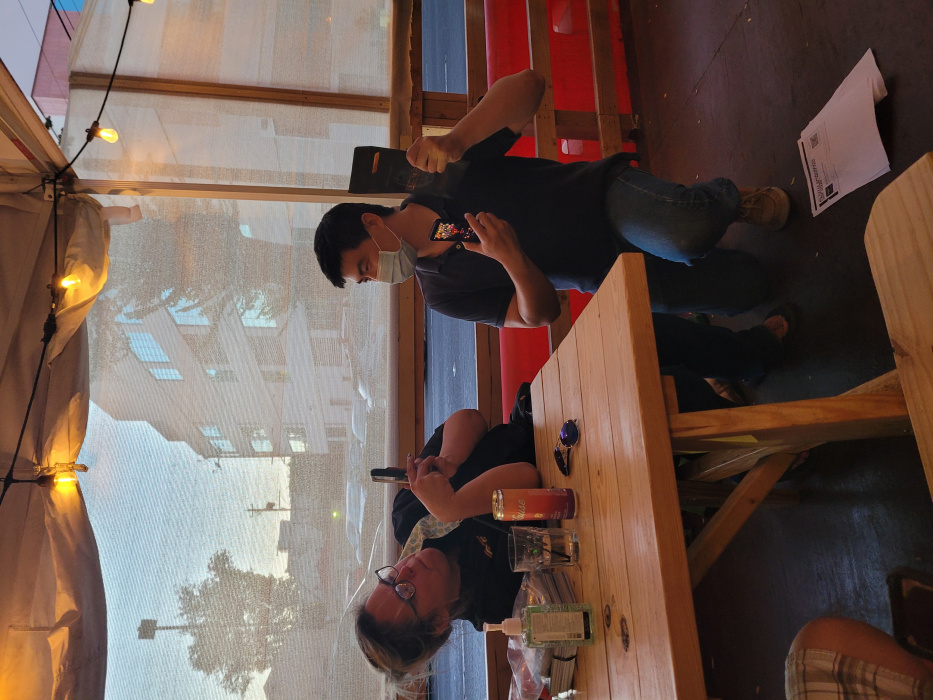 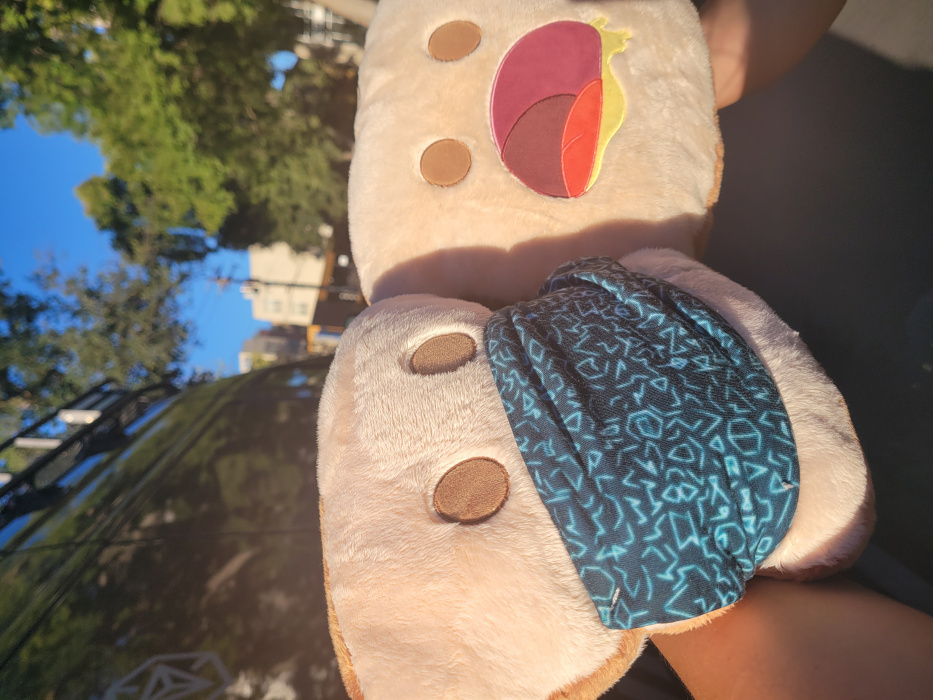 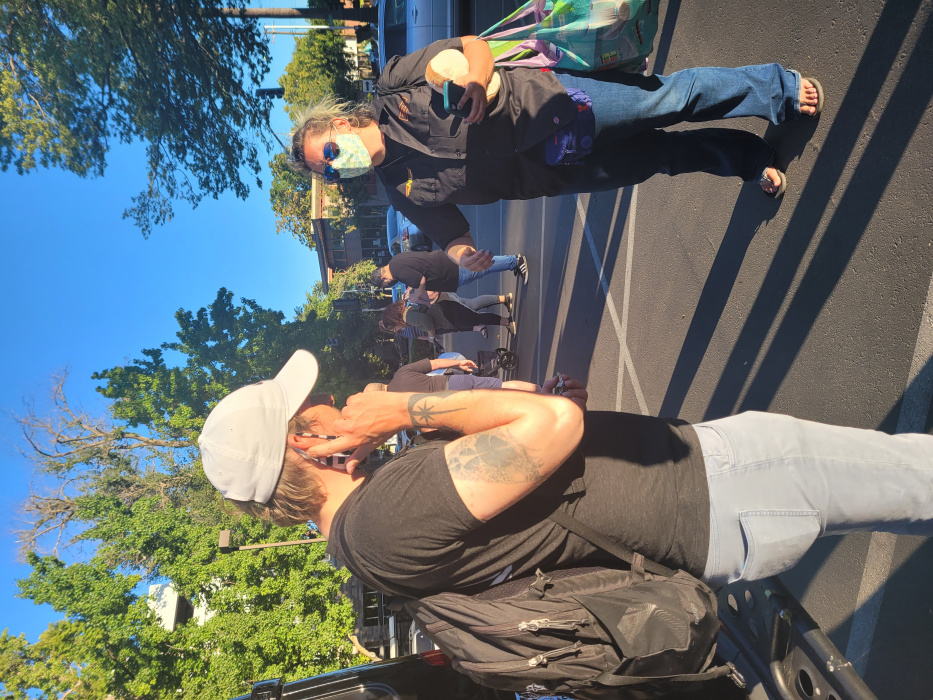 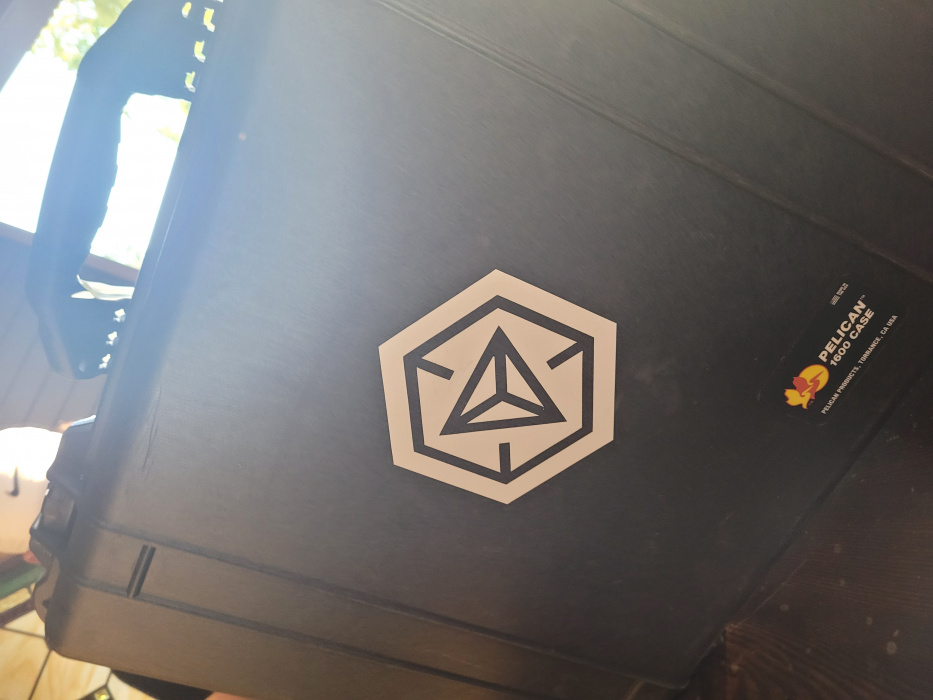 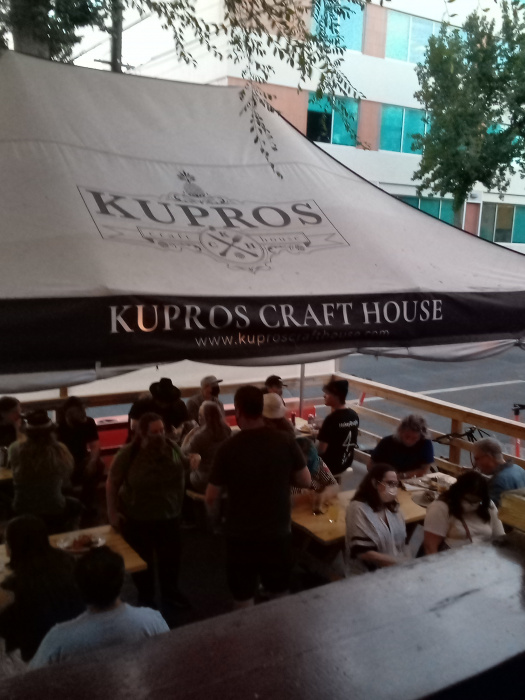 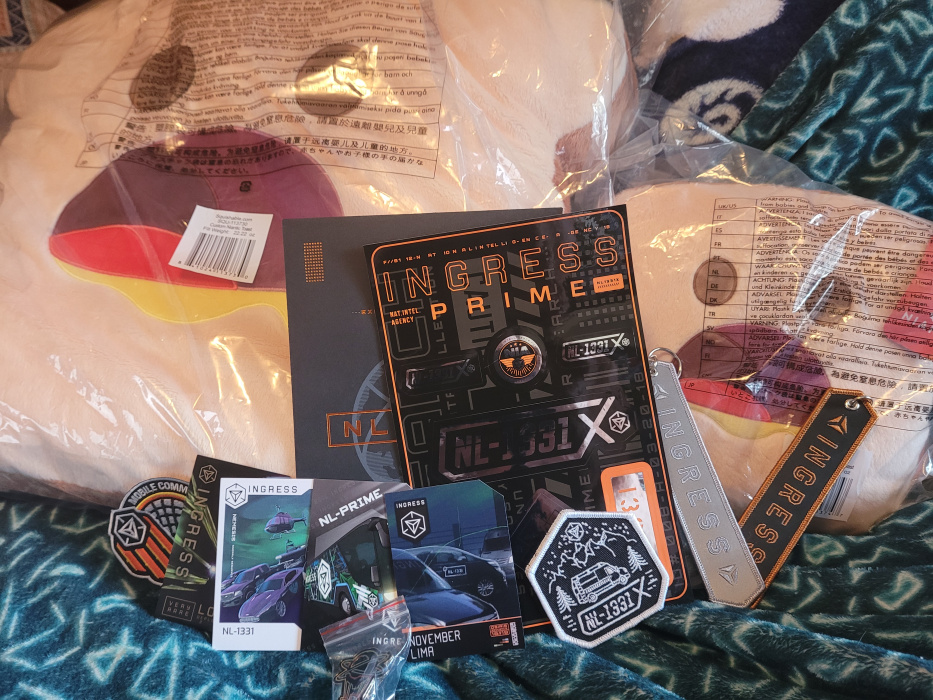 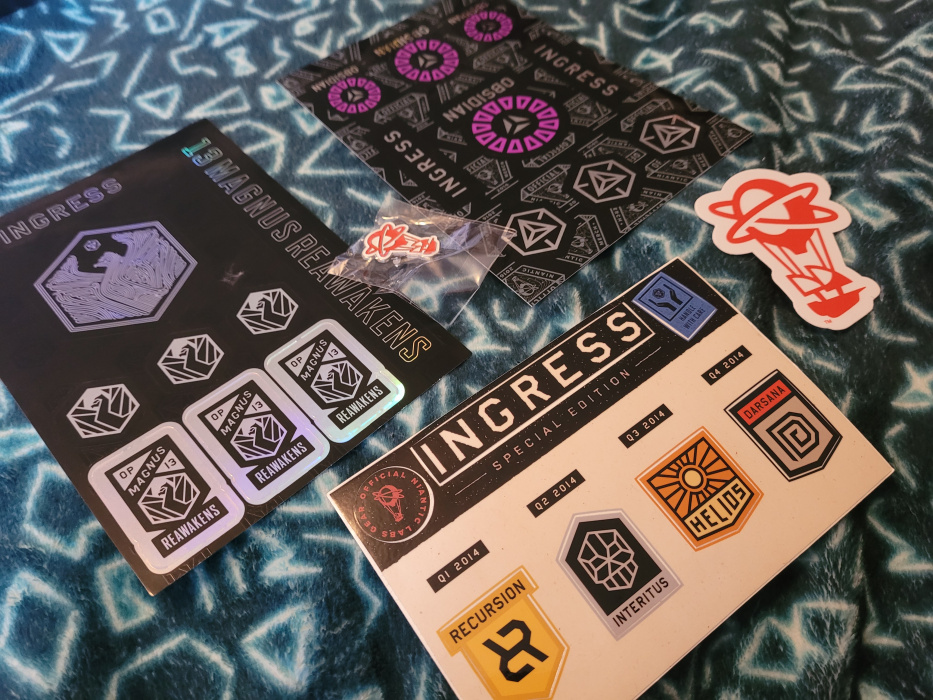