Is my mission impossible to review?

Reporting a bug, I believe my Ingress mission is impossible to review.

My mission was originally published in 2016. After I accidentally unpublished it, re-submitted it without any changes in August 2020. You can view the mission through Ingress Intel here (although it's currently unpublished).

After over 8 months without a response, I tried resubmitting it in April 2021:

After another 2 months of silence, I filed a support ticket: 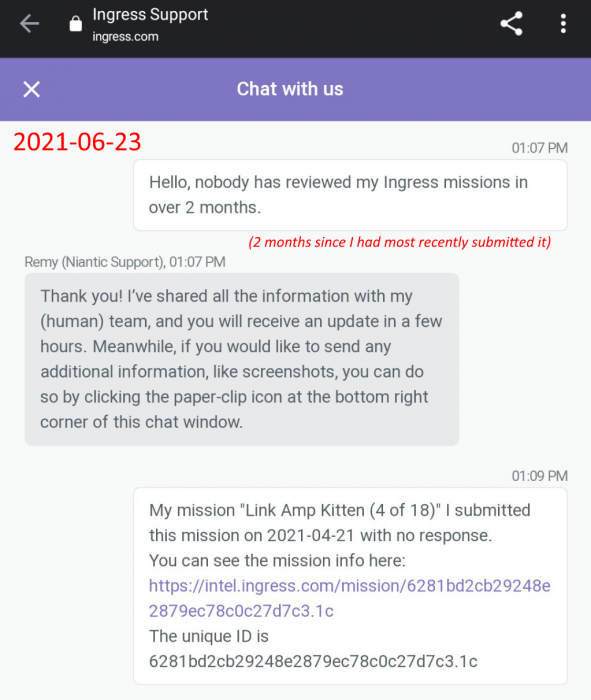 After about 2 weeks, support wrongly told me that my mission was reviewed: 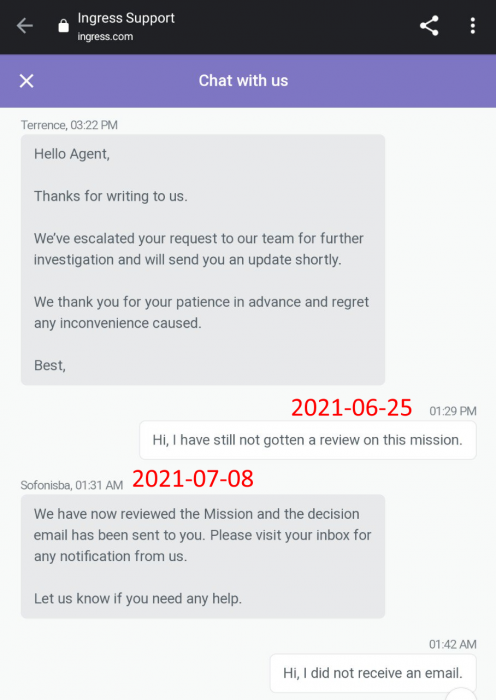 I was then told to resubmit the mission, so I did: 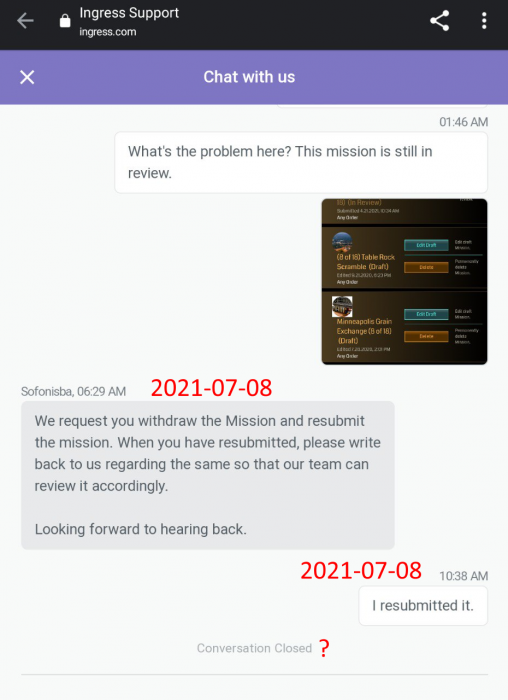 In the screenshot above, you can also see my ticket was closed, so I can't reply to them anymore. I don't know if it was closed due to inactivity, or by a support agent. I did not close it myself. 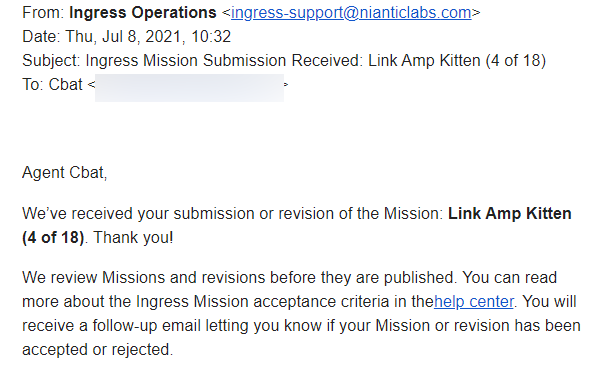 This mission has not been reviewed by the NIA OPS team since August 2020. In a 2 week span, Support gave me false info and ultimately didn't resolve anything.

Ideally this mission should get approved automatically because I didn't change the mission since the last time it was published. Instead, NIA OPS haven't reviewed this mission in almost 1 year.

The only way I've gotten Ingress issues resolved in the past is posting and tagging @niantic accounts, so I'm doing that again here. The official support process didn't resolve this issue.