Story of a Mostolenian Solo HCF6

Yunwox88 ✭✭
May 3 edited May 3 in SITREPs

I used to hate maths when I was a child… I used to hate maths until I decided to study engineering at the age of 18. Then, while I was studying, I both love and hate maths. Hate because of the exams, of course. Love because I discovered the huge power of mathemathics, it can explain almost everything. Maths is the Nature’s art.

Chapter 2. How I started

Three years ago, I discovered Ingress thanks to @Chachel28. My first objective was reach level 10 to submit new portals for Pokémon Go, because my tiny village in Ávila, Santiago de Aravalle (it has a population of 7), was absolutely empty despite its church is a National Historic Monument. @Chachel28 taught me how to play Ingress and I fell in love with the game immediately, making me leave Pokémon Go. After a few months playing Ingress, I met the Blue Dragons Madrid. They explained me more about the game, especially the cell game and the BAFs. BAFs… oh my god BAFs!! That was like a drug, I spent hours in intel only to plan the next BAF.

The 24th of November 2019, @Papaveris published the first HCF6 in Spain, built in Barakaldo… my first thought was: “that’s ridiculous, the funniest thing in Ingress are the BAFs and the cell game”. After that, @Chachel28 , again, shared with all the Blue Dragons the magic behind “Homogeneous Fields” with some videos of @57Cell .  As @angpiticli , my Ingress Godmother, said in her post, I forgot about the videos for a long time. However, one day I decided to watch them during the national lockdown. Huge mistake (or not). Homogeneous Fields mixed Ingress and maths, obviously I had to try it.

Chapter 4. The world after the lockdown

Three months without leaving our homes, without our family and friends. I forgot about homogeneous fields and almost from Ingress, the only thing I wanted to do was enjoying my beloved and my village. But the pandemic attack again after the summer, new restrictions and new difficulties. I saw my game time reduced by my studies and the circumstances with the pandemic didn’t help.

I got some time and I was decided to build a HCF5. Lots of areas in Madrid where under perimetral closure, so we weren’t allowed to freely move. Hopefully, I live in a non-restricted area and I started to intel and planning the field, considering only the non-restricted area.

Finally, the 29th of January 2021, I went out and tried the HCF5 alone (well, I was very good accompanied with my pen and my paper sheets). The day before, I farmed all the keys I needed. All was going at the perfection until the game crashed in the Iberian Peninsula for some agents… I was one of them. After 20 minutes of panicking, claiming help from my partners @Cuxame , @Chachel28 and @enzocsir and looking for a solution with the Blue Dragons, the game returned and I was able to successfully finish the solo HCF5 in 2h15min (including the time with the game crashed), all walking. 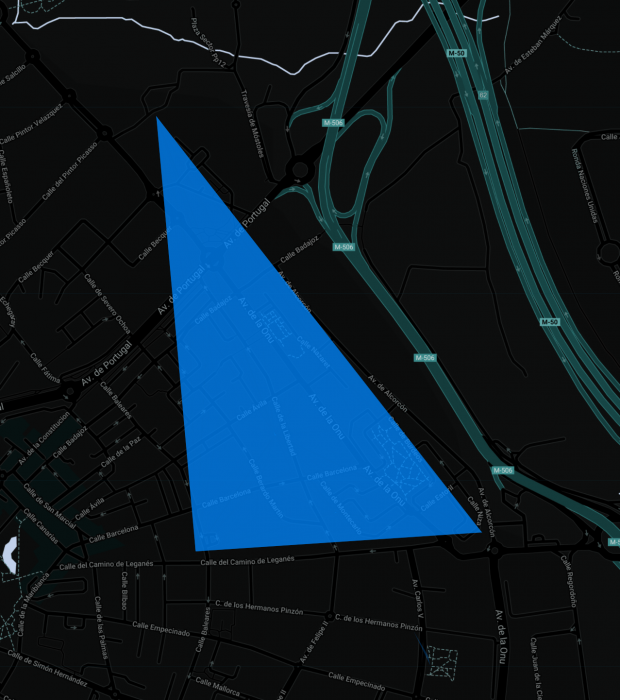 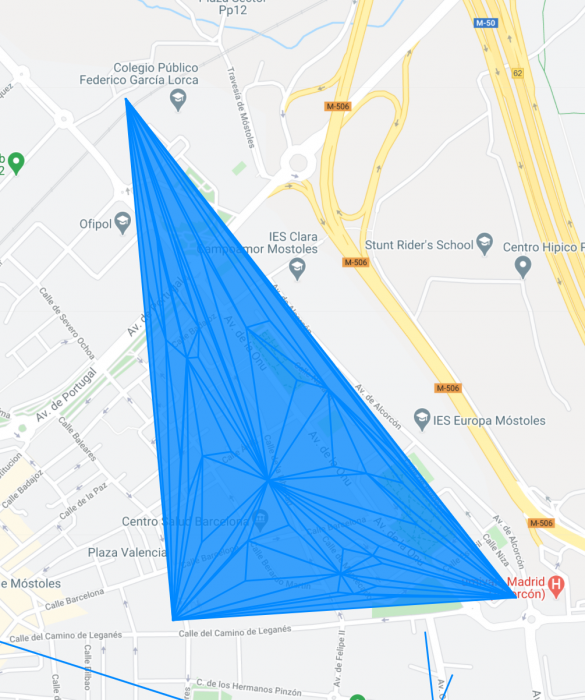 The agent @krase73 created a map with all the restricted areas (purple) that was very helpful to perform the HCF5 without breaking the perimetral closure, as you can see in the image below.

I was happy, I built a homogeneous field… but my Ingress Godmother @angpiticli had to build a solo HCF6. Why? Why? I hate you…

@angpiticli posted her feat while the Matryoshka event was cheering up agents worldwide to build HCF. Again, HCF was calling me and I must answer.

The morning of the 30th of April, I was watching at some enlightened players attempting a HCF7 in Madrid. This encouraged me to try the solo HCF6 but there were some problems:

The only way out was farming the keys on Friday afternoon and try the HCF6 on Saturday. After some time with the intel trying to minimize the HCF area and only use portals in the restricted zone, I went out and spend about 4,5 hours farming the keys from the anchors, the center, the semi-centers and the semi-semi-centers (non-official name given by @angpiticli ). She told me that I had to farm 2-3 keys more from each portal, to be sure in case of failing a link. I refused, telling her that I wouldn’t fail, that I trust my pen, my paper sheets and myself.

The day arrived. “Early” in the morning, I went out from my home (walking, of course) in direction to the first portal. At 9:06, after some screenshots and photos, I did the first link. 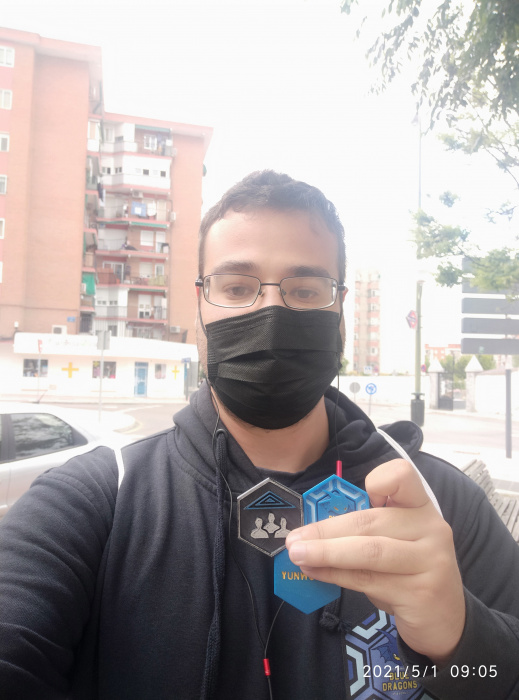 Some minutes after, my partner @Cuxame deployed two SoftBank UltraLink in the last portal. All was ready.

I achieved the HCF5 in 1h 45min. @Papaveris sent me a message via Comm and @Cuxame made some screenshots. 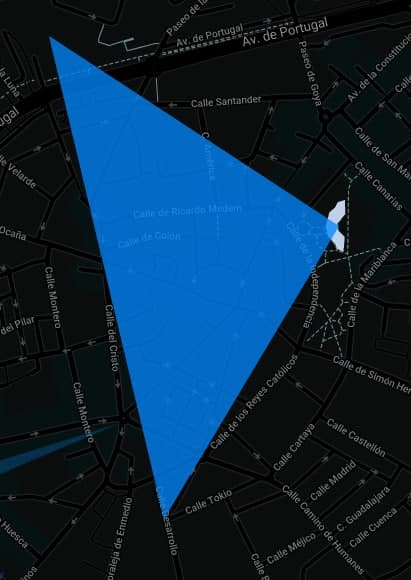 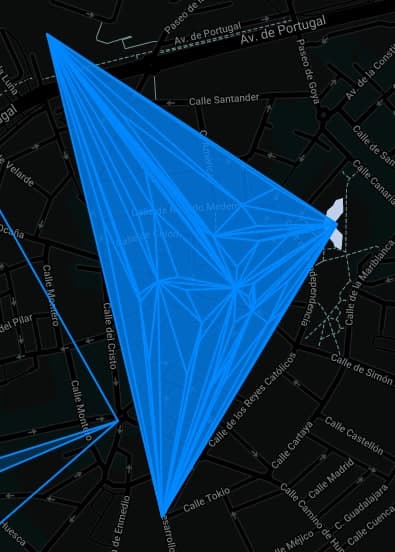 Some time after (sorry, I don’t remember how much), the HCF5 and the two HCF4 were built. 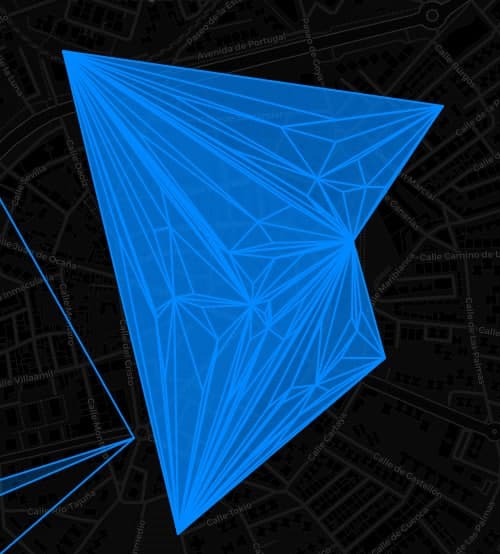 There’s no much more to tell… I continued my route, crossing out with my red pen every single link that was written in my papers and with all the Blue Dragons team cheering up. I slowly reduced my walking pace with the hours and it took me more time than I expected, but finally, I arrived at the last portal. Carefully, I follow the pattern and link every portal… but a problem appeared: a key was missing. Panic. “Stop. I’m sure I have the key; it must be a bug. Reset the game”. After the reseting, the key appeared and I could finish my first HCF6 solo in Móstoles. 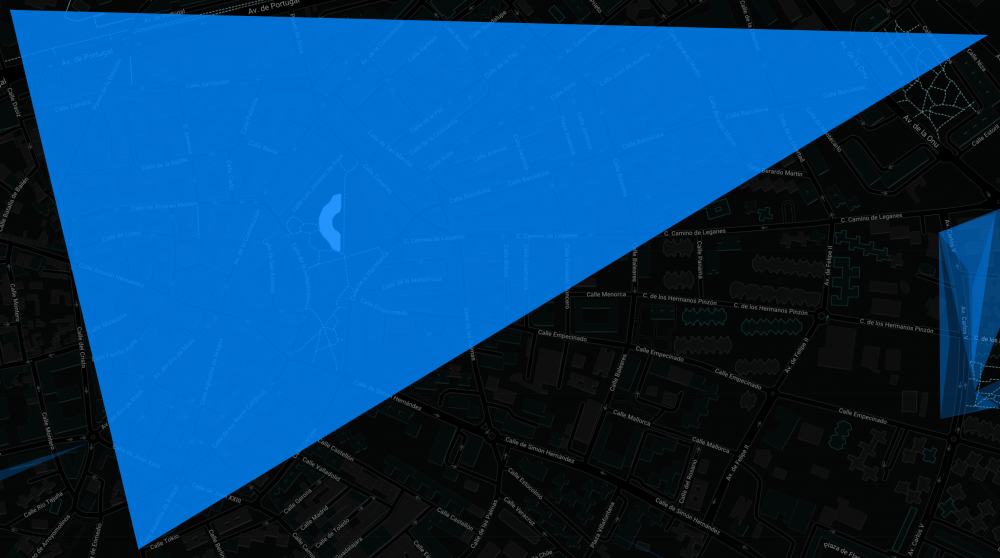 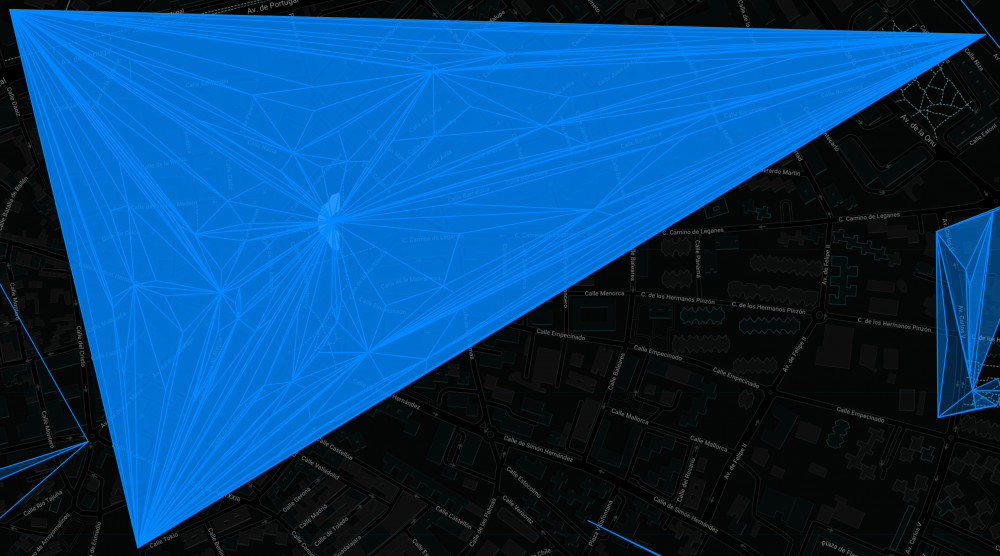 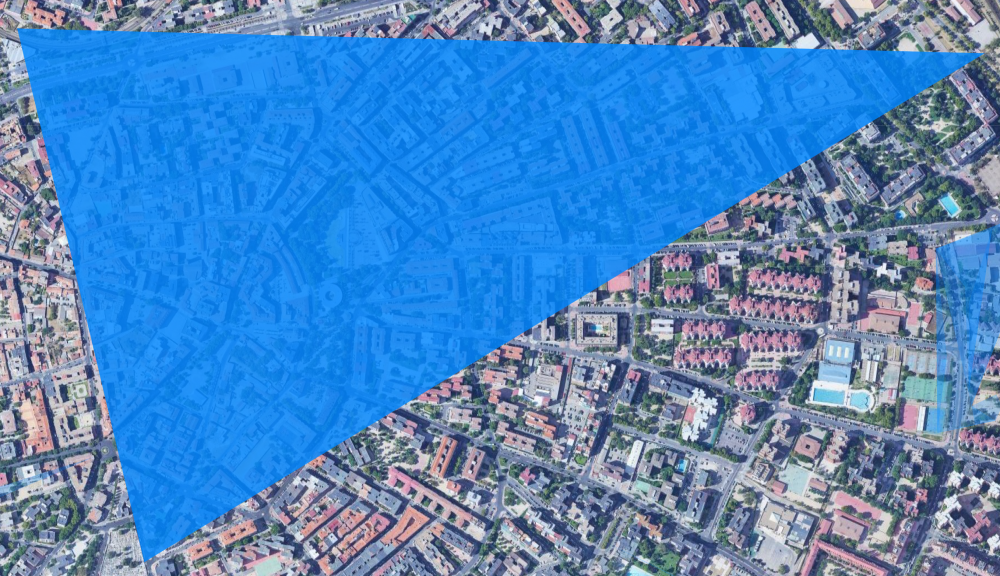 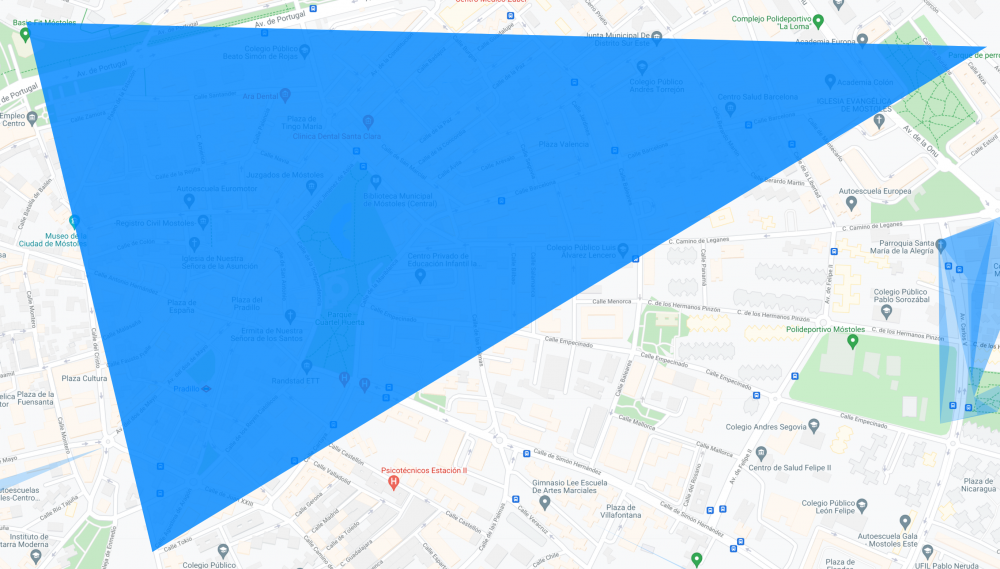 This is me happy (and exhausted) after finishing the HCF6 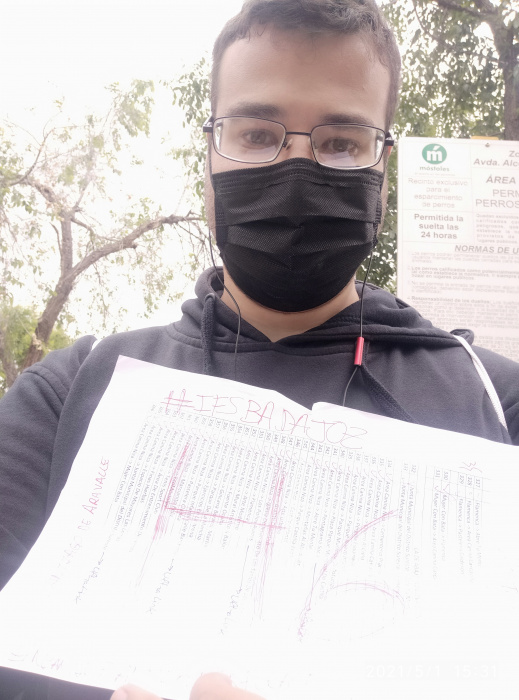 My last faithful piece of paper 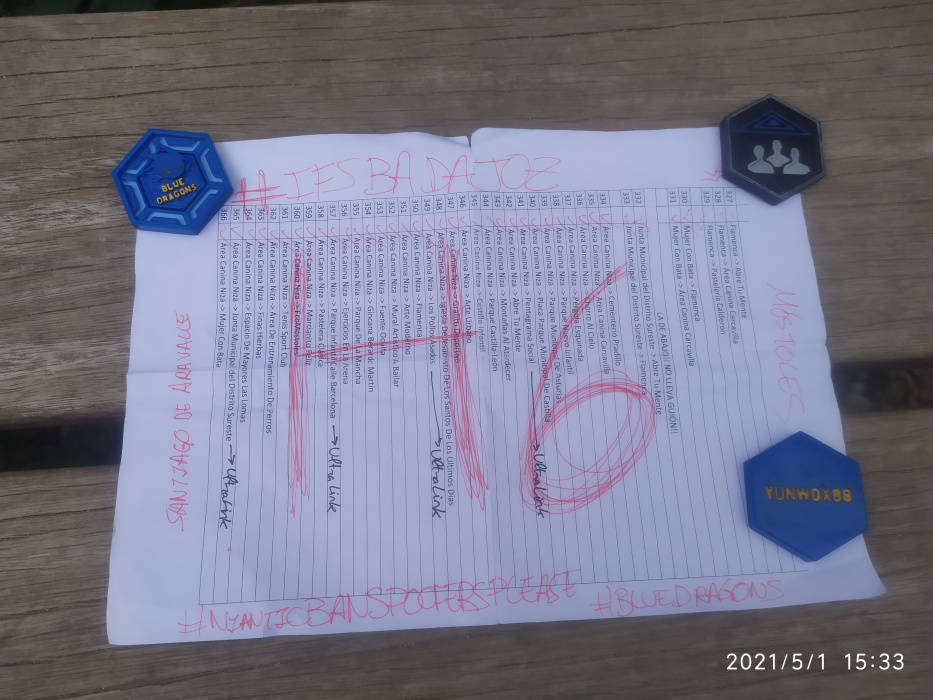 And again, the map provided by @krase73 was incredibly helpful to perform this HCF without breaking any movement restriction: 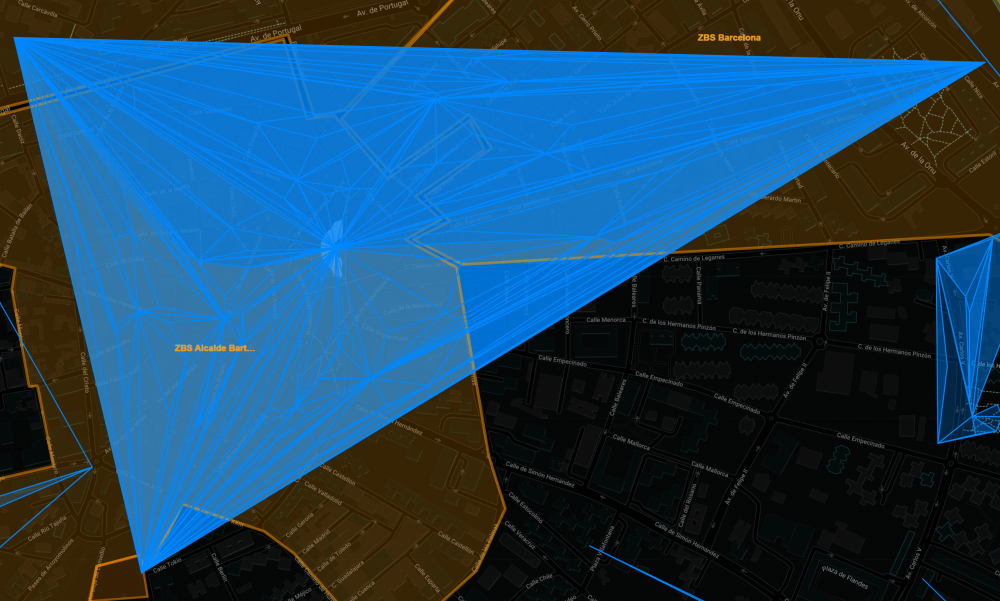 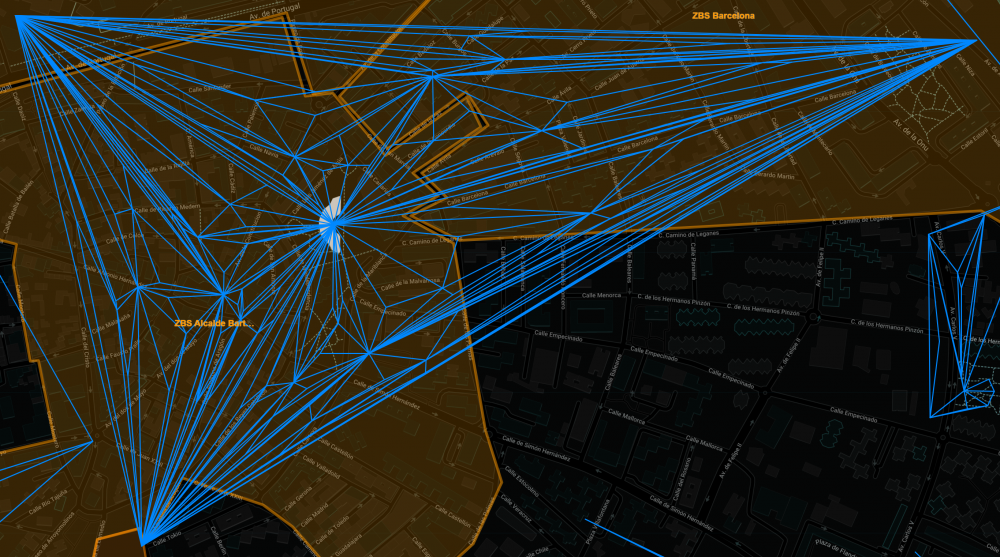 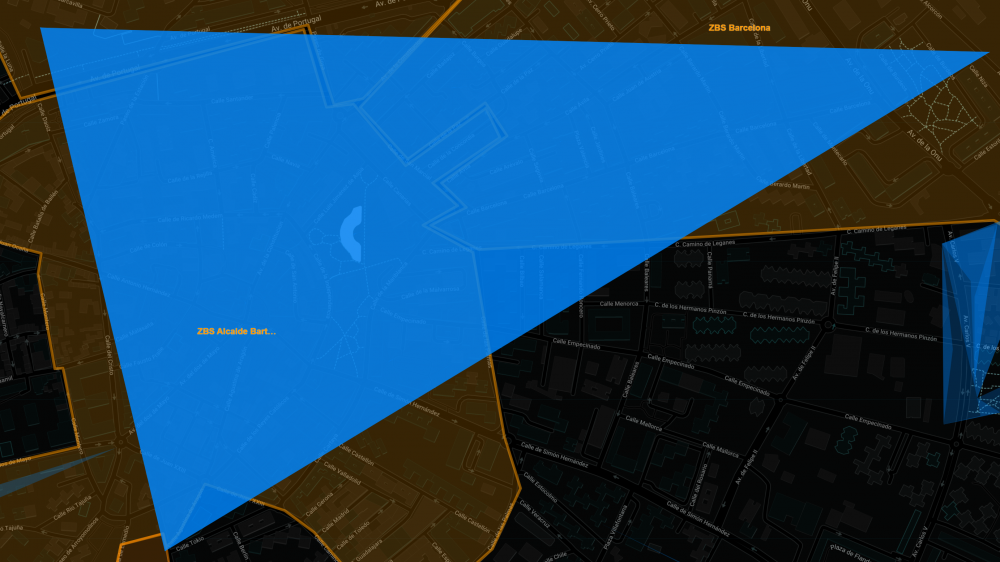 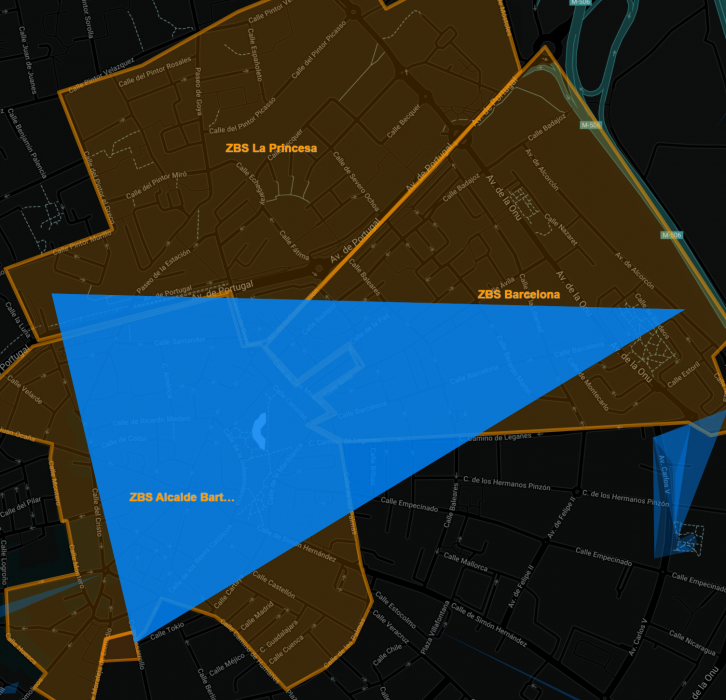 I left you some data about this beautiful homogeneous field:

I think I’ve mentioned before, but this has been possible thanks to all the great partners and friends from the Blue Dragons Madrid 💙💙💙💙💙💙