An exercise in maxfielding - ~244 fields from 89 portals

I wanted to share an exercise in maxfielding I performed on campus recently. I came up with this plan after the Diadact challenge ended to see just how much I could squeeze out of a set of portals at the local state college.

Here is the plan I went in with: 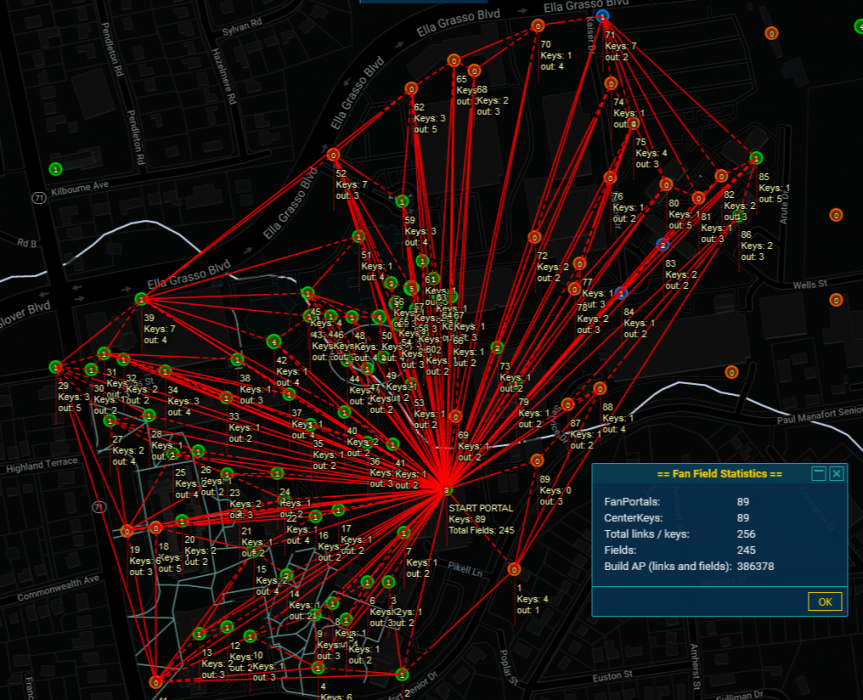 I printed my throw order out in Excel on a double-sided piece of paper to make life easy and went to campus with my anchor keys already well farmed. I took a stack of common heatsinks to grab extra keys as needed so I wasn't sitting and waiting at each portal.

After approximately 5 hours of playtime throughout the day, I was able to mostly complete the plan I went in with. Admittedly I made a couple linking errors and had to flip two portals. I also missed a couple throws at my finishing portals but my total fields ended up coming pretty close to the total planned.

Playtime: ~5 hours (what it takes for me to brute force the area without being fancy with maxfielding)

Fields attached to anchor portal at the end: 163

Distance walked: Over 11km (much lost due to sleeping the phone between long portal walks to save battery)

ADAs used on anchor portal on the way out: 1

In-game screenshot of area after build: 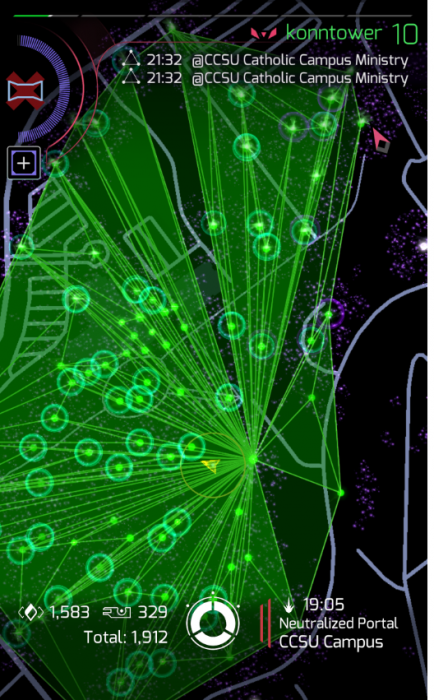 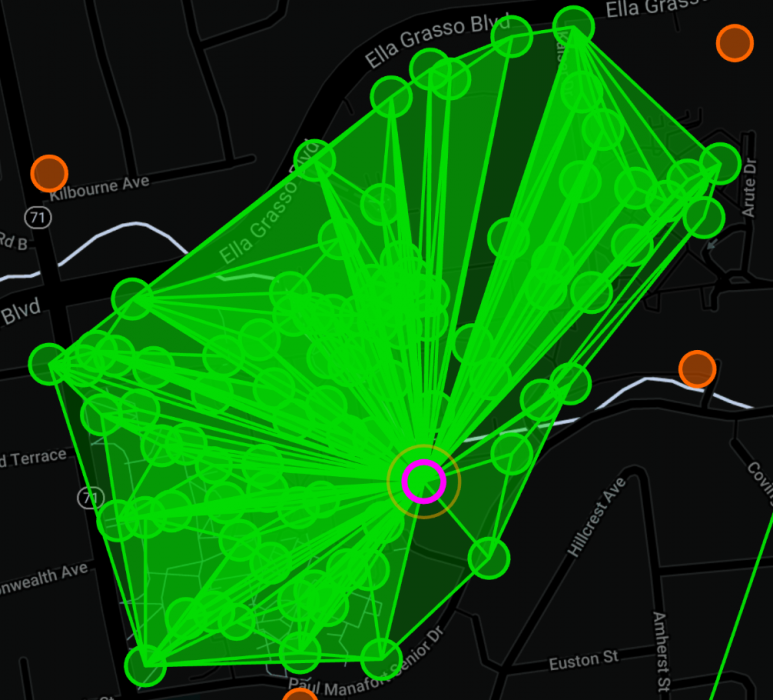 I would like to personally thank the YouTube channel Michael Hartley runs (Agent Name: 57cell). In particular, the video I finally came across that got me interested in trying to maxfield/fanfield was this one: Ingress Fanfields | A Simple Way to Maximise Fields in Ingress. Without the very clear and detailed explanation of the process I wouldn't have been motivated to continue my research and testing of the method.

I would also like to make a huge shout-out to the agents who collaborate on the agent-stats app. Your tool has been so absolutely vital to keeping me motivated playing the game, constantly studying my playzones and yields from time played. If anyone out there is a statistics lover, this is the place to go.

I would also like to mention none of this would be possible without the great resources available out there to overlay on top of the stock intel map. I know some feel this is a grey area. Without the countless people out there writing plugins to help make plans, things like this would be near impossible without spending hours and hours of trying to gather data. I understand Niantic doesn't want to take an official stance but the community building custom tools really helps drive interest in the game. Look towards how Blizzard handles their 3rd party developers for overlays within games like World of Warcraft. It's essential to enable these people instead of pushing them away. I wanted to make a point of writing this into my sitrep and I hope @NianticBrian reads this. I'm back in school again going for my Management Information Systems degree and I want to try my own hand at writing plugins someday. Right now the air feels muddy... I'd love to see clarification from the top saying certain tools are okay, just not supported in any way by Niantic directly.

Hope you all enjoyed!