PoI Accepted but too close: still in the database?

In Wayfarer, there is no distinction given in the Nominations list as to whether a PoI was considered "too close". Does this mean that a PoI that is currently "too close" is retained in the database for such a time if there becomes space?

For example: I am unable to ascertain any Wayfarer-based information to differentiate between these two accepted candidates: 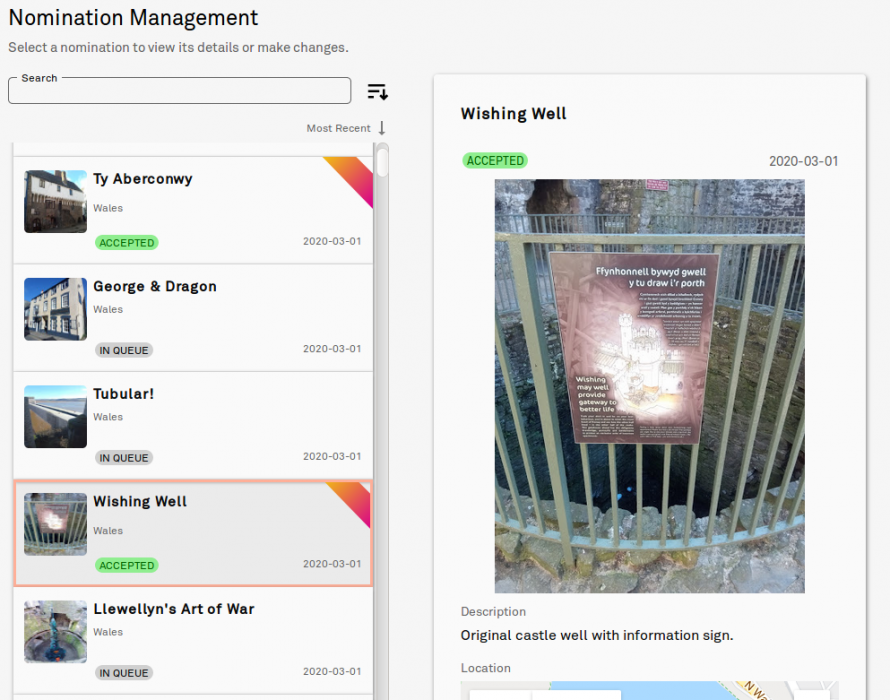 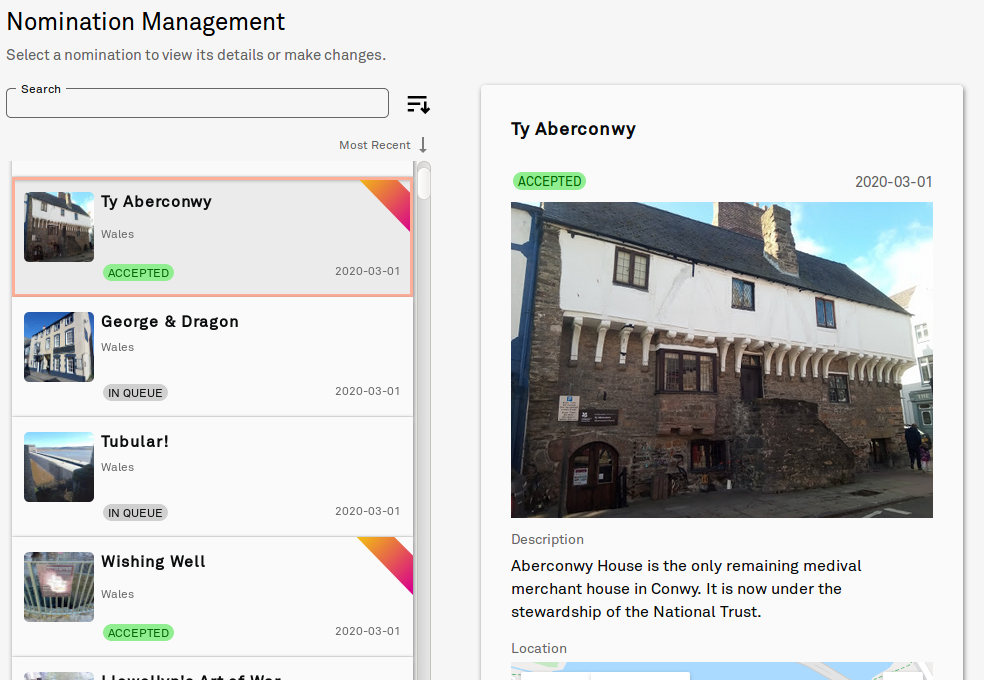 One is a portal live in Ingress and the other was too close. For the record, these are in the World Heritage site of Conwy where there is a wealth of candidates and no room to swing a cat, so I'm not expecting there to ever be room... :P