The past week I've been working on a visualization of the connections between decoders based on their solve times. I've compared the solve times between all agents for every challenge, and added an edge between agents if they solved the challenge within 30 minutes of each other (with an exponential weight). I've summed the edge weights over all challenges and filtered out the strongest ones, so that in the final graph only connections over multiple challenges are shown. 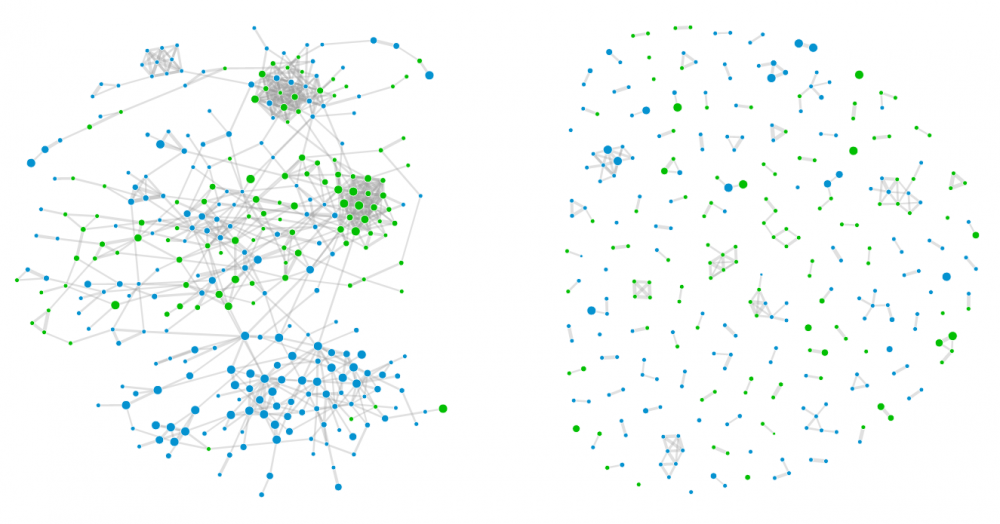 On the left you can see the large cluster of early solvers. Because lots of people tried to solve each challenge as fast as possible, there is obviously going to be a lot of connections just by chance. But even within that cluster you can see clear structures, like the one large ENL group at the right and the mixed group at the top, and smaller groups throughout. On the right half you can see lots of smaller groups and pairs working together to solve the challenges, most likely a while after release.

Note that around ~90% of solvers aren't included in the graph at all, because they didn't have strong connections to anyone. I also excluded everyone who didn't solve at least 6 challenges. There were large passcode leaks in the first 2 or 3 weeks, which would have made up most of the graph otherwise.

I've hosted an interactive version of the graph here:

(Please note that the graph probably won't work properly on mobile, it was designed for large monitors.)

There you can search for your name, highlight connections by hovering over them and seeing some more details. You can also include more or less connections by changing the threshold of connection strength for an edge to be created. The data for the graph will still be updated over the next few days as more people get in their last solves.