Resistance portals are bigger and more detailed? Why? 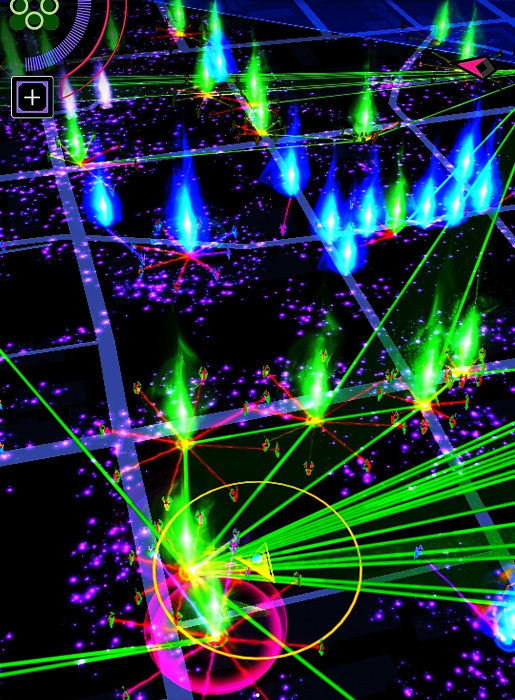 I changed the saturation level to became even more obvious and noticable, but it's easy to observe this in the scanner itself. I noticed this before this update, but now the enlightened lost a bit of color and became even more noticable that the blues are bigger, have more color and also have an extra layer, like a darker blue aura over it. It's like the the enlightened are just green neutrals and the blues are really different from the others 2.

Is it intentionally to differentiate them for color blinded people? Because this happen even if I invert my phone color schemes using the color blind functions. Even in pure black and white is possible to see that the blues have a extra layer of gray on it.

I want my green portals to became super Saiyans too.