HCF (once through each portal L7 dHCF)

This is the second part of the three. The other two can be found here:

👉️ Of rainbows and pots of gold

The transfer into RESWUE was my job. OK, not a problem. Who would build it? There was no doubt there, my Czech colleague, agent @TajnejHajnej , was absolutely and completely devoted to the cause. He recruited the car away team from the ranks of the local resistance while we were planning to organize a little test… but wait, why a little one?… nonono! That’s no way to play this game!

I was sitting over the portal network of the field, thinking of how to adjust it for efficient building… and suddenly I saw it! And when you hear opportunity knocking, open the door! And boy, was it knocking! Now that there’s a journey there planned, we’ll really just do a tiny little test and then, because there will be the time and strength to do so, we will make: THIS! 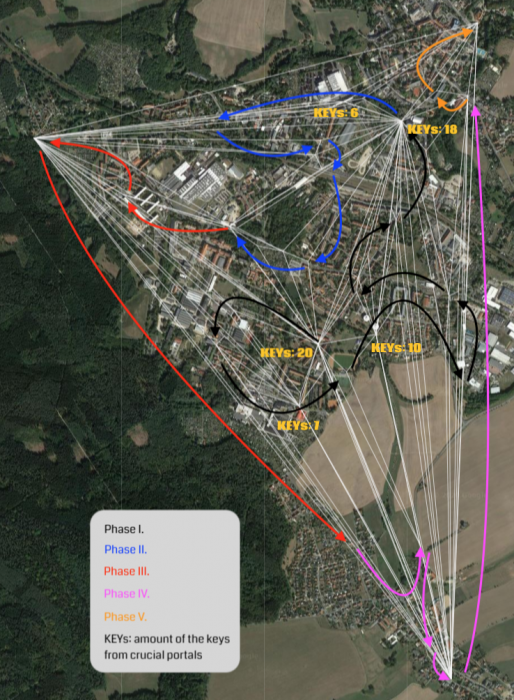 “Once through each portal” plan

We had never before built any of the bigger HCFs on the go. And one that could be the break through the boundaries of possibility no less! But so what?! Fortune favors those who stride towards it. So, onwards to Radeberg? Onwards to Radeberg. Onwards for the first 7-layer homogeneous field in the world!

Planning an operation over long distance without the knowledge of local terrain is tricky. Studying the map revealed a weak spot; seemed that one portal was behind a fence and it might be difficult to get to. The crew would need to check the portal on the spot in advance and make do.

The weather forecast wasn’t exactly favorable either, but we managed.

We knew one thing for certain. If the tests prove our theory right, we have to keep everything perfectly top secret. Why? Well, we knew that when they had built a bicolored star in Perth and published the report, their doubleportal was torn apart and it became two separate portals. And we really didn’t want to risk that, having an L8 plan in our drawer. So onwards, but quiiiiieeeeet… sssshhhhhh. 🤫

Bring out the Lawsons, don’t show yourself on the way too much. The away team took off. The journey went smoothly and thus the agents appeared on the map a few minutes after midnight and built the test quickly. An L4 dHCF had been planned, but eventually we cut it down to a simple L3. 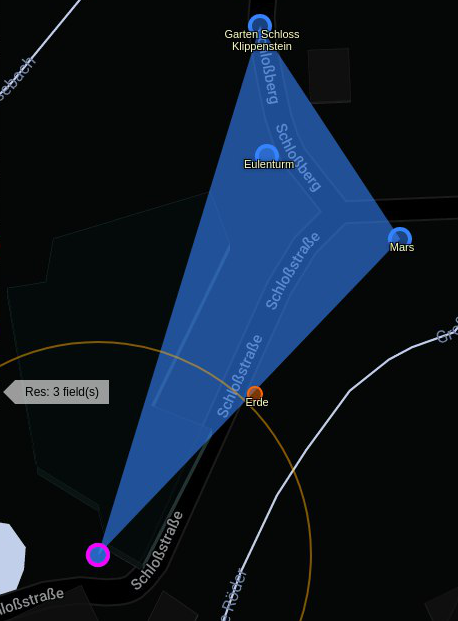 The test proved the validity of our theory and the agents set out according to plan to farm in advance several portals that we needed more keys for and physically check the accessibility the aforementioned portal that seemed inaccessible. To our great relief it turned out not to be so and the portal could be reached without issue.

When enough keys had been farmed from the six crucial portals and the pre-cleaning of the area was finished, the construction itself began shortly after 1:00 am. While as the operator I was rather nervous due to building with a hitherto untested method of single pass, everything went swimmingly. The team in the field was absolutely excellent, they didn’t make a single mistake! The perfect focused work of the team bore its fruit in less than 4 hours. We did it! 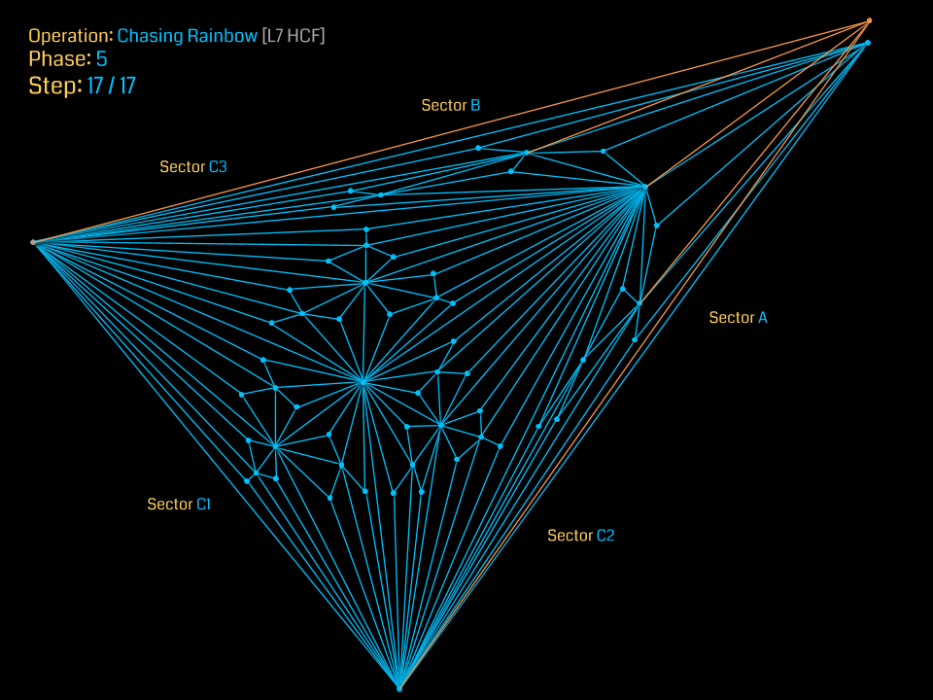 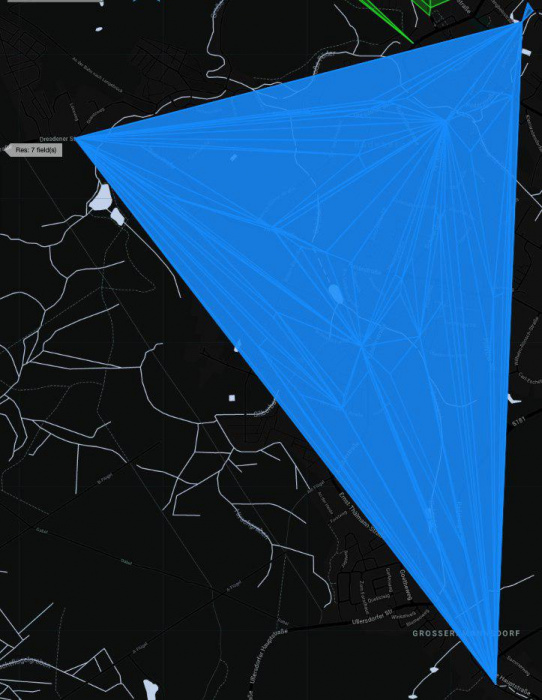 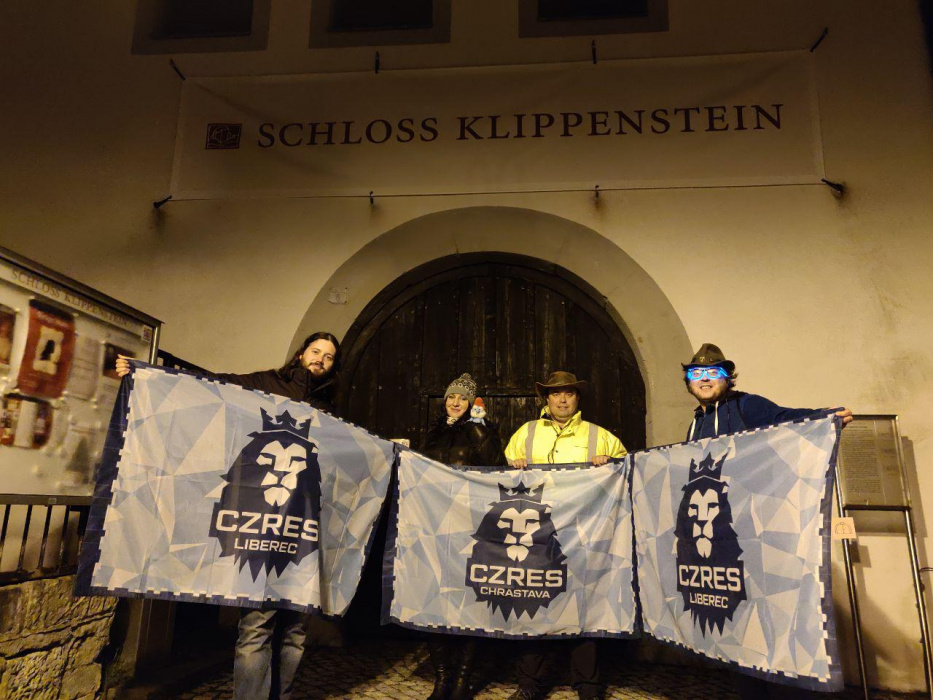 Group photo at the double portal

You can continue to the next part right here !

🧲 SUMMARY: During the operation there were (including the errors and fixes) almost 170+ fields built for a total of 14K MUs, which helped, via the “doubleportal method” create the first in the world homogeneous field of 7th degree (L7 dHCF). Over an area of 4,15km2 the field itself consisted of a total of 58 portals and 166 links. It was erected over the town of Radeberg on December 1, 2019 at 4:50am. The field was destroyed deliberately by our agents to keep the whole thing secret. Building the whole field took 3:45 hours and under the leadership of 1 operator it was carried out by 4 agents in the field.