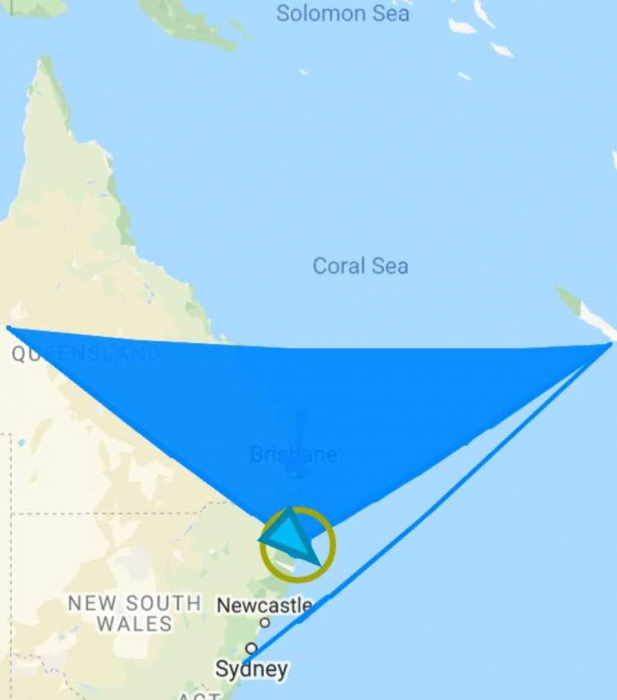 Building on an idea from @Grumble8um  about using a base link from Cannington Commemoration Plaque (near Mt Isa) to Phare Amedee (New Caledonia), A plan was made for a group of Resistance Agents to travel down to Coffs Harbour to throw a BAF.

The base link was thrown by @Roenan  back in November, along a lane cleared by @Micksumo.  Another link thrown by @ParalyzedX from Solitary Island to Cannington Mine, back in August, vanguarded the lane for the Western links.

After much chat and planning, (and a blue BAF being thrown across the plan in the weeks leading up)  11 agents made their way down from Brisbane to Coffs Harbour on a very wet, mid January weekend.

(We found out later that the storm some agents drove through on the Saturday was a "once in 100 year rain event".)

A severe blocker had been thrown the day before, so the fields had to be moved North of The Solitary Island - Cannington link. (Plan B)

There was practically no clearing as the Solitary Island link had railed the lane beautifully since August.

At the end of the first lot of fields ENL agents @Ryant and @Rozene showed up and started jarvising our anchors, but they soon caught up with us and were surprised to see so many agents there. They had a chat and then realised  they couldn’t Jarvis anymore and weren’t gonna take the portals anytime soon, so they just let us go. I think they may have been low on Jarvis too.

While we were eating dinner that night, four more blue fields covered us from Wollongong using the same baseline,  The perfect end to a successful BAF. 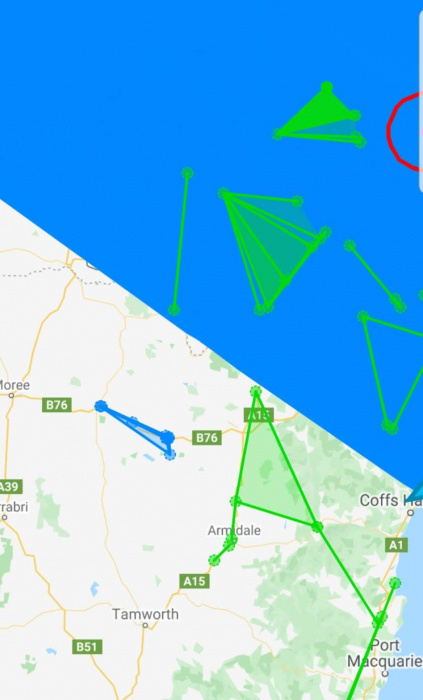 Thanks to all involved