Wll 2* be accepted or rejected?

There have been some discussions about this:

Some people think that 1* or 2* is reject, 3* is neutral and 4* or 5* is accept. The tipping point would be the average number of stars for all reviewers equal to 3.0 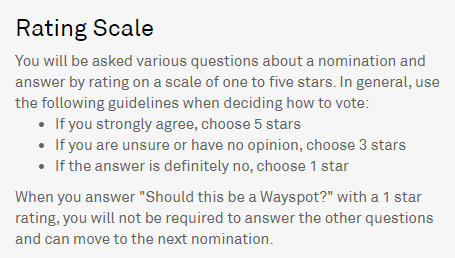 Some other people think that 1* is a reject and anything from 2* to 5* will make it being approved.

I am aware that Niantic will probably want to keep this a secret. But what do you think is most probable? What will hapen to a poi if all reviewers think "This is not a perfect one, but just good enough to accept. Let's give it 2 stars" ?