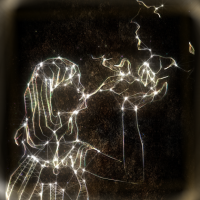 (New year, new thought. It was initially just a mind game among my friedns and I do not expect any real changes based on this. However, thinking help us undersanding the game more deeply. No matter you like it or not, you are welcome to leave your comments.)

Suppose that some or all of inventories become unstable so that they decay over time, how do you like it? Will this promote or harm the current playing environment?

[Some (Imaginary, Assumed) Changes to Ingress]

--Each item in your inventory will have a half-life period. For every instantaneous period, the item has a very small probability to disappear. For example, let's say, daily decay=0.5%. If you have 1000 l8 XMPs, 24 hours later, you are expected to have 995. One months later, 860 left. One year later, 164 left. Two years? 26 only!

--The decaying rate may vary according to special events. Note that a small change in decaying rate may have a HUGE impact. say, daily decay=1%, then 1000 XMPs becomes 730 after a month and 27 after a year. Daily decay=5% means your whole inventory must be brand new after 2 months.

--Accordingly, the productivity (expected number of outputs from one hack) increase to compensate such inventory loss.

--We may allow some things, like a fixed small number of items (say, 2 special capsules of items), or (all or part of) keys, live forever and do not decay over time.

--We may increase the size of inventory. Temporarily you can have more than 2000 items (say, 2500? or even more) but they decay faster than normal.

[Logic and Discussions behind the Change]

The decaying inventory will significantly discourage item accumulation but stimulate item using. It is designed to make players use rather than accumulate items. The decaying mechanism is equivalent to an inventory maintaining cost. Here are some possible impacts:

--People may feel bad seeing their "belongings" disappear. To some of them this might be a hugh dissappointment. We have too many similar bad feelings in real life (inflations, for example), why another one in our beloved games?

--For those inactive and wandering around AFKs, it is much easier to push their quits. Simply wait, do nothing, inventory loss, positive feedback on their leaving. (Mathematically, if the difference between one's resource gathering rate and item using rate is less than decaying, s/he cannot hold a healthy and stable inventory level.)

--Active players have to be are more active now. Since it is risky to keep items over time, they are likely to use more items after farming. The average turn-over time of inventory will be much shorter.

--Those active players may smash the town back and forth many times within a short period of time.

--Consequently, the "farming" becomes more oriented. If you see opposite faction farming, it means they are going to do something quick, not simply rebuild their inventory to ~2000.

--Key farming: anchor potals are still anchors, but it is much harder to keep an anchor for several months before **** BIG fields on it. It is not only hard to keep anchors but also hard to keep that many keys now.

--SITREPs and BFs are harder, too. For agent travelling alone with L8 Resos, VRLAs and remote keys, he or she must be prepared for additional copies.

--Unfortunately, this would be a really bad news for those whose fun comes from simply accumulating VR items. (Personally I know players simply having fun from calculating how many new VRs hacked every day. S/he will cry, loud.)

--... which, fortuantely, is also a bad news for script farmers and item traders. Their dooms day. isn't it?

--Backpacking issue from multiple accounts is still an issue but should be better. Given the temporary larger inventory, the incentive for backpacking should be smaller. You may still use your secondary device or your spouse/parents/kids/roomates/passed-away ancestors' account as a backpack, however, the more you backpack, the more you will waste. The fundamental restriction on a single player will be his or her playing time. I mean, if it is simply a backpack account, it will encourage you play more in short periods, and if they are real players and come out to play with you? More than welcomed!!