the Membrane and other stories 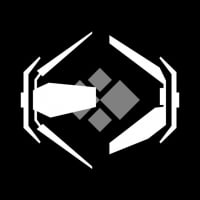 naruh0d0 ✭✭✭
December 2019 in The Investigation

The old man asked for a pencil and a draft book. He wrote 12 pages of equation, checked and double checked, dissatisfied, It was April 17th, 1955.

A few hours later, Albert Einstein expired with his last work "the Unified Field Theory" unfinished. For which he had dedicated the past 30 years. 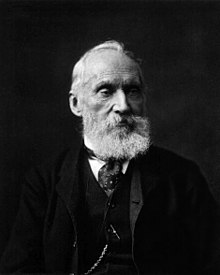 "the beauty and clearness of dynamical theory... is at present obscured by two clouds. " William Thomson, 1st Baron of Kelvin

In early 20th based on the first "cloud" ( aether theory ) Lord Kelvin stated, Albert Einstein developed his major physical theory "the theory of relativity". That theory was like some kind of prophesy at his time. It predicted multiple phenomenon including gravitational wave, black hole and space-time distortion, which could only be proved by experimental science decades later.

While Einstein didn't consider it as the completion but a beginning.

From the second "cloud" ( blackbody radiation ) developed the Quantum Mechanics. Many great minds had contribution to this fundamental branch of theoretical physics of the last century. Max Born on Born Rule, Werner Heisenberg on Uncertainty Principle, Niels Bohr on Complementarity Principle. So many brilliant genius together established a description to the nature at its smallest scale, or so called "the Copenhagen School".

While Quantum Mechanism looked into the micro world, the Theory of Relative was about the macro world. Both theories did incredibly well in their own field, but finally at some point when they tried to explain the nature of the universe, those two theories were destined to be contradictory.

The disagreement was so large that the two factions: "Albert and his fellows" and "the Copenhagen School" debated in Solvay conference in 1927.

“The universe is discontinuous.” Max Planck, the vanguard of new era

"Does certainty really exist in science?" Max Born, the banished

"Not even wrong." Wolfgang E. Pauli, the saboteur

"To be or not to be," Erwin Schrodinger, the observer

"A declaration, not a interrogation." Paul Dirac, the literary

"Mr. Bohr, god does not play dice with the universe..." Albert Einsterin, the elder

"Do not tell god what he can and can't do, Professor." Nels Bohr, the master

It was the last time two factions sat together trying to solve their dispute peacefully. Sadly the outcome was regrettable. The conference could not meet a consensus.

Most researchers still believed that the universe must be interpreted with one simple, unified and elegant equation for the beauty of science and philosophy. Einstein continued on his work on the unified field theory while others also carried on their own efforts on separated path.

While the summer of 1968, a visitor to CERN theory division, Gabriele Veleziano struggling to make sense of the outcome of various experiments, ended up discovered Euler's beta function. The beta function surprisingly seemed to describe the feature of the strong force. Two years later, 3 other researchers came up with the idea to model elementary particles as string.

The string idea not only described quantum effects but also the graviton, which was the main disagreement Einstein and the Copenhagens could not unified half century ago.

The first string theory revolution began, resulting in thousands of research papers being published in 2 years and many researchers including Dr. Victor Kureze became proponents. For the first time in the history of modern science, human being found themselves so close to the very essential of the universe. The beauty, elegance and oneness. While the very foundation of science was facing the most serious challenge, since the string theory was fundamentally unfalsifiable.

Is a science theory still science when it can not possibly be proven wrong? 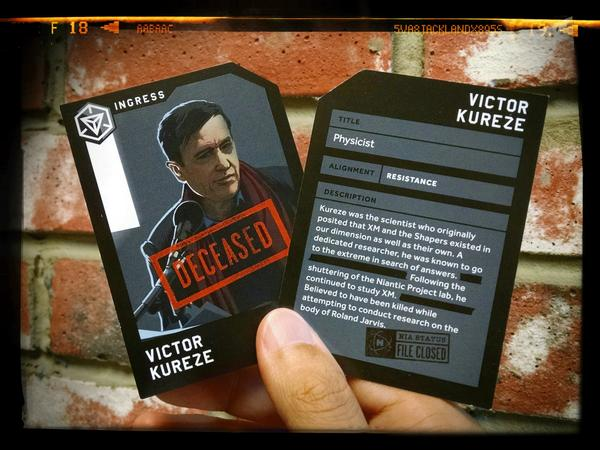 One of the leading researchers and creative minds in quantum mechanics and a main proponent of String Theory, Dr. Victor Kureze.

In spring 1995 at a string theory conference at the University of Southern California, Edward Witten introduced the M-Theory, combining the 5 main ( and different conflicting ) string theories. 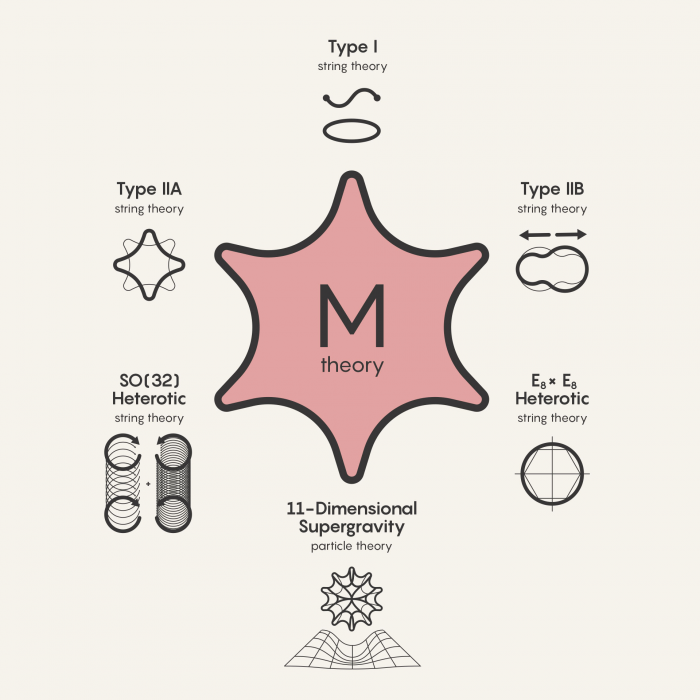 M-Theory, the new hope to one unified explanation to the universe, or multiverse.

Witten's announcement initiated a flurry of research activity known as the second superstring revolution. LHC was establish by CERN in collaboration with over 10,000 researchers and hundreds of universities and laboratories, new projects were founded, a new generation of truthseekers set off for the great frontier. 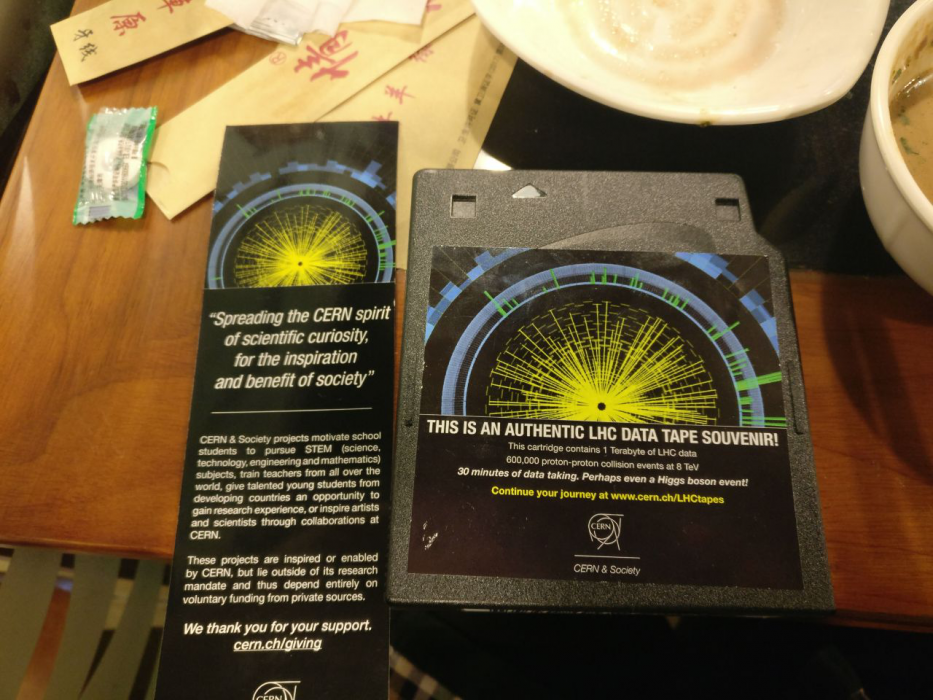 Now you can purchase these LHC data tapes used in early days exploration at CERN giftshop.

As it has been proposed that the eleven-dimensional theory is a supermembrane theory but there are some reasons to doubt that interpretation, we will non-committally call it the M-theory, leaving to the future the relation of M to membranes.

In the absence of an understanding of the true meaning and structure of M-theory, Witten has suggested that the M should stand for "magic", "mystery", or "membrane" according to taste, more and more "M words" were brought up in the last quarter of century and the true meaning of the title should be decided when a more fundamental formulation of the theory is known. 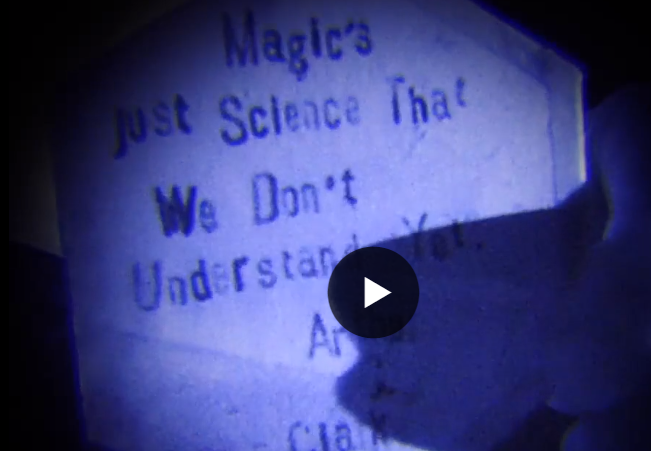 "Magic's just science that we don't understand yet." Arthur Clarke 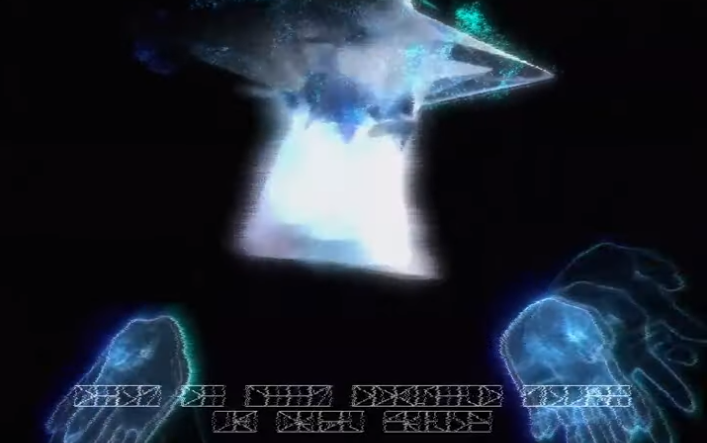 "Help me keep mystery alive in your world." Umbra 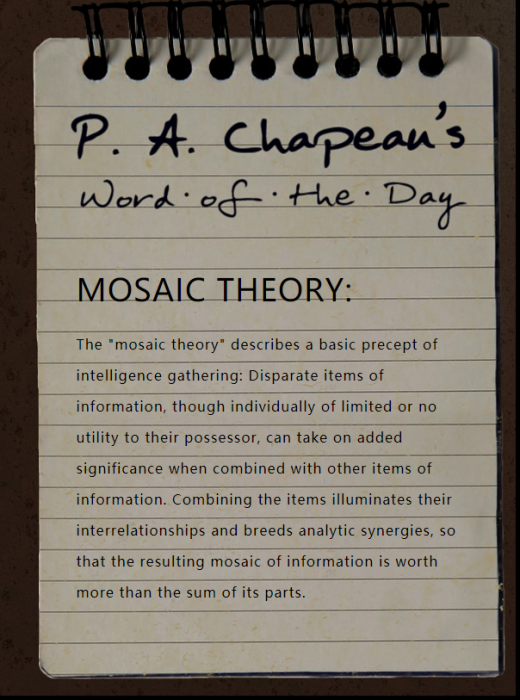 "That membrane is potentially one last line of defense against the Exogenous." Lucida

M-Theory remains incomplete and even after long years of intense research we may still be foggy about its true nature.

With the development of M-Theory, multiple specialized subjects were found to very different perspective of the ultimate problem. One of them is called the Brane Cosmology.

The M-Theory is too deep to be understand by us that haven't been trained with years of theory physical discipline. While Brane Cosmology provide us a ( highly simplified and embodied ) concept. The central idea is that the visible, three-dimensional universe is tessellated to a membrane inside a higher-dimensional space, called the "bulk". Other branes may be moving through this bulk, interactions with the bulk, and possibly with other branes. Some even hypothesizes that the origin of the observable universe occurred when two parallel branes collided.

Keep this in mind that the membrane is the restriction of our universe. In other words the membrane can be the sum of all basic rules and physical constant. The speed of light in vacuum, the Planck constant, the Newtonian constant of gravitation, the conductance quantum, the Bohr radius, the proton mass, all those modulus describe and restrict every possibility and characteristic of our universe. If the Multiverse that M-Theory predicted turns out to be true, then every universe should have it's own set of constants, it's own "Membrane". 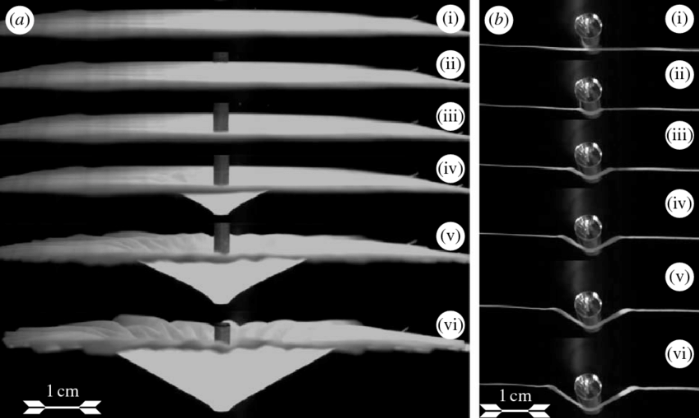 Steel ball on a elastic membrane explains how the anomaly events could bend the reality but still be part of it.

And then there comes the anomaly spot. Imagine the anomaly spot as a steel ball attached on a elastic membrane. The "weight" of the ball deforms and curves the otherwise flat membrane. Some constants change a little bit at a very tiny spot in the universe, but the steel ball is still restricted by the membrane and as soon as you erase the spot, everything returns to normal.

Stephen Baxter pictured a magnificent defense line last one thousand light years on Orion Arm in his 2000 short story "On the Orion line". His "fiction series" set in an universe ruled by a god-like exogenous "Xeelee".

An symbiotic species constructed the line which blocks off human fleet for centuries by slightly adjust the physical constants of certain part of the universe.

All sophisticated technologies are depending on the fundamental factors of physics. Nuclear warheads, warp engines, timing and navigation technology, you name it, even the bone arrowheads by cavemen were depending on gravitational acceleration. If the velocity of light was no longer 2.99792458 x 10^8 m/s, or the mass of electron was no longer 9.10939 x 10^-31 kg, everything in our arsenal would became ridiculous or at least unpredictable.

By adjusting the physical constants, in other words, bend the "Membrane", could form the most unbreakable defense, as the Nemesis may have suggested.

So far we could comprehend the nature of the membrane. It's obviously far underestimated to consider the membrane as simply a raincoat protecting our world.

Now we know that the tesserae are tessellated on the membrane. I have very strong feeling that the Nemesis want us to complete the tessellation. For one thing they never tried to stop our agents from retrieving the tesserae. They even put tesserae on correct positions when we made mistakes.

The placement of tesserae are forming a pattern, a logical restraint or the casual relationship between critical facts. It could be the strongest bond in reality and in abstraction. And don't forget we are constructing this tessellation on the membrane, the very foundation of our time-space continuum. And the Nemesis are expecting us to complete it. So between what does the Nemesis expect us to form the bond, I will have a clearer view when I have time to examine both sides of the tessellation board closely.

The true question is what's in it for the Nemesis? I may have discovered a truly marvelous proof of this, which this post is too narrow to contain.

"The great ocean of Truth lay before me... all undiscovered." Isaac Newton

Hope these stories entertain you @Truthseeker