Could we please adjust scales for "rural" areas?

When I started Ingress, I wondered what the game considered "rural" and how this was determined. After nominating things in May that still haven't finished despite being very far from the nearest portals, I started looking into how "rural" is determined.

There's obvious speculation over sizes, but if using s2 cells is how this is being done, my best guess is that Niantic is using size 8 s2 cells to measure emptiness of cells that are rural, and that seems to be pretty close to others' speculations.

My question is for Niantic, if you would please consider rescaling the "rural" criteria to at least a size 9 or smaller. Because of how s2 cells are lining up, my sparsely populated rural suburb is being tied in with portals to a larger city that is very portal dense. My area is getting delayed reviews from this, while the next town east finishes being reviewed in a week.

Both these towns with different "rural" statuses are about 10 miles from the larger city, but the "rural" town is east of the line that would tie it in with the larger city. Really sucks waiting a year for a rural area to get portals because I'm south of a city that's very dense. Here's the size 8 cell over my area. 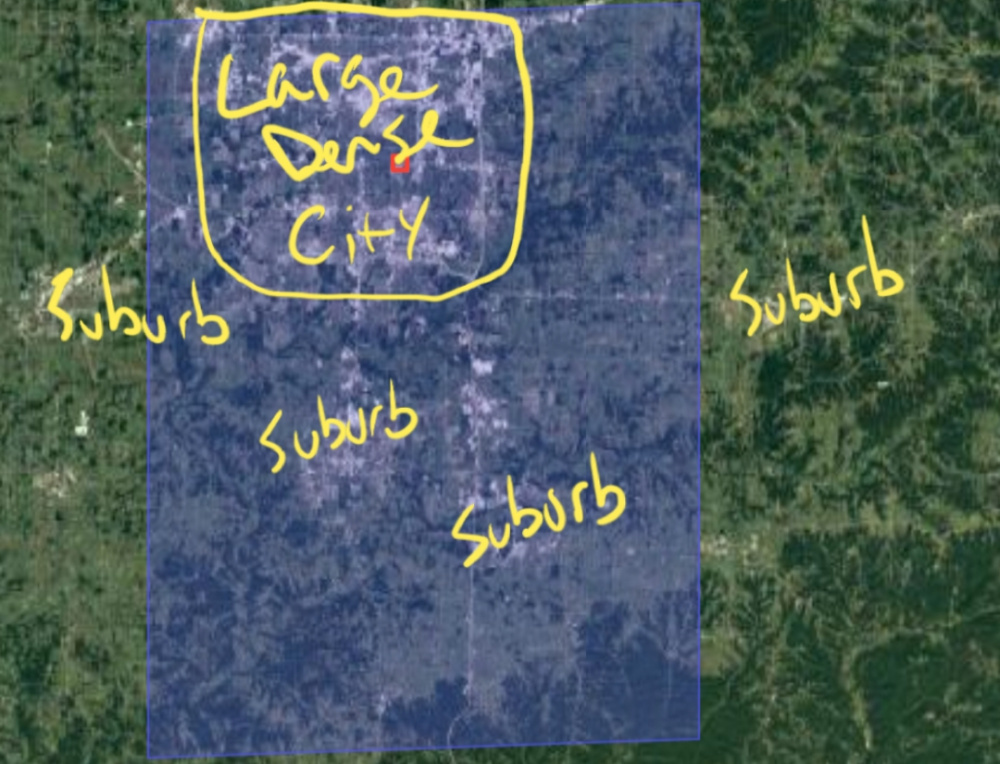