Scrolling through portal keys is visually confusing (read as: buggy)

So, I have some portal keys in my inventory, and I occasionally scroll through them all looking for portals to recharge. This does not work as well as I would expect: 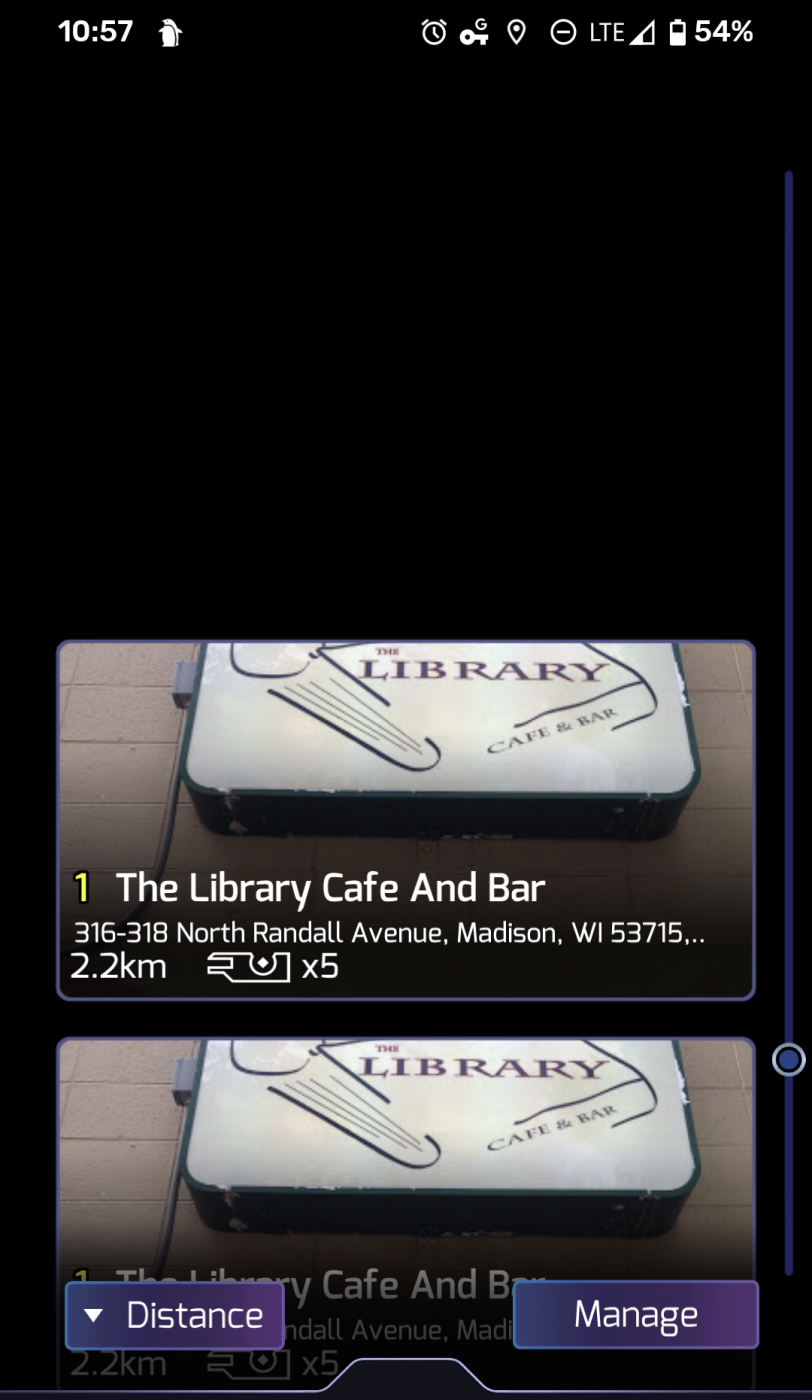 Prime sat like this for multiple seconds, long enough for me to pause, ponder what was happening, and take the screenshot. I’m near the end of my list of keys, so the blank space at the top should be populated with more keys. The one key that is visible is actually being shown twice.

With a little fiddling and scrolling, I can get the display to update and correct itself, only to be faced with similarly wonky behavior later on in the list. It’s as if Prime knows I have X keys in my inventory, and thus how long/tall the list needs to be, but it’s keeping only a small fraction of the keys’ visuals loaded at any given time — which would be fine if it properly maintained the illusion of scrolling through a fully loaded list.