When the BannerRuck 3.0 Challenge was announced at the beginning of November, I knew it was something I wanted to rally a team to do.

In case you're not sure what the Challenge involves - it is to load up your rucksack with 10lbs in weight, then do a banner that takes you on a walking route of at least 10km. Find out more here!

The Leeds ENL have a few agents who are really passionate about creating and completing mission banners, and we'd already got a 'banners and beers' day planned in, with other ENL players from around the region coming to our city to adorn their scanners with lovely banners and of course imbibe several fine ales, as we Frogs are so fond of doing 🐸💚🍻

I floated the idea on our Telegram group, and Agent @Dex5tarr had the fantastic idea of making the weight in our rucks 10lbs of donations to a local foodbank and we came up with the hashtag #BannerRuck4Good. Lots of Agents were on board so I set about making a mission banner that covered at least 10km around Leeds City Centre.

After much faffing around editing an image, and lots of careful planning and fumbling around with the Google Maps measuring tool, the 24-mission banner was submitted, and thankfully approved quickly with just one minor modification required.

Onto the big day! 12 ENL agents met up at Leeds Train station on the morning of Saturday 30th November, and I weighed everyone's rucks - most of us had gone way over the weight requirement in our eagerness to donate much needed goods to the Trussell Trust. Agent @Dex5tarr had made up some amazing little goody bags for participating agents with treats and a sugary drink to keep our energy going through the hours ahead, as well as some cute homemade stickers as a memento of the day. 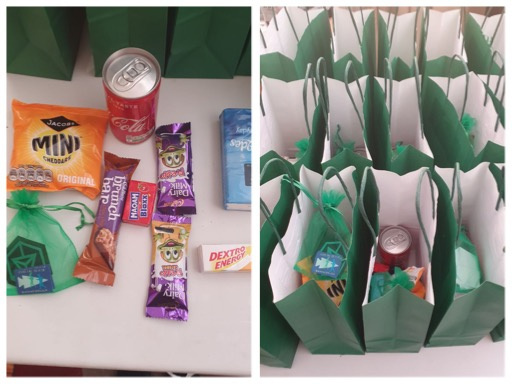 The first 17 missions of the banner went fairly smoothly, as we trekked around the city centre. Then on mission 18 - disaster! Suddenly we experienced problems with our scanners registering hacks. We soon realised this was nothing to do with Ingress or server issues, but data signal on all the mobile networks seemed to be down. This was hugely disappointing, and some of the agents who had travelled from other cities started to worry that they'd have an incomplete banner on their scanner.

Eventually, by hopping onto free wifi courtesy of some of the city's shops, pubs, and InLink wifi points (and for Agent @eatthepudding even a bus's wifi that had stopped long enough at the traffic lights for him to log onto it!), we managed to get back on track, albeit around an hour behind schedule. 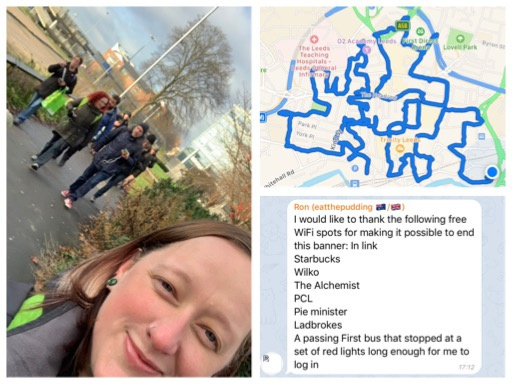 Eventually, we reached the finish point of the banner (yes it was a pub of course!) where Agent @Dex5tarr's husband was waiting for us to collect our donations. It felt great to unload those heavy rucks, knowing we'd triumphed in the face of some adversity, and also done A Good Thing in donating food to help those in need this winter. It was really impressive seeing all the donations piled up in the boot of the car! 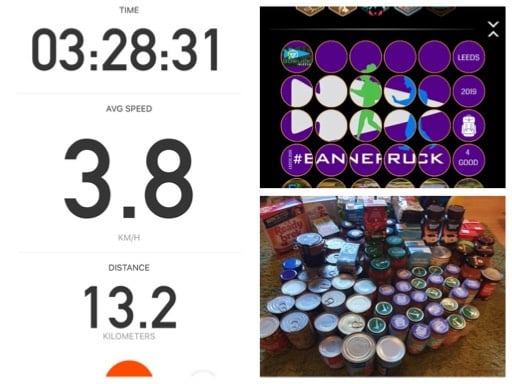 So we had a rest, some beers, and some food, and then set off to complete another banner that involves a pub crawl around Leeds.... but thats another tale for another sitrep.... maybe 😋

Many thanks to the participating agents: 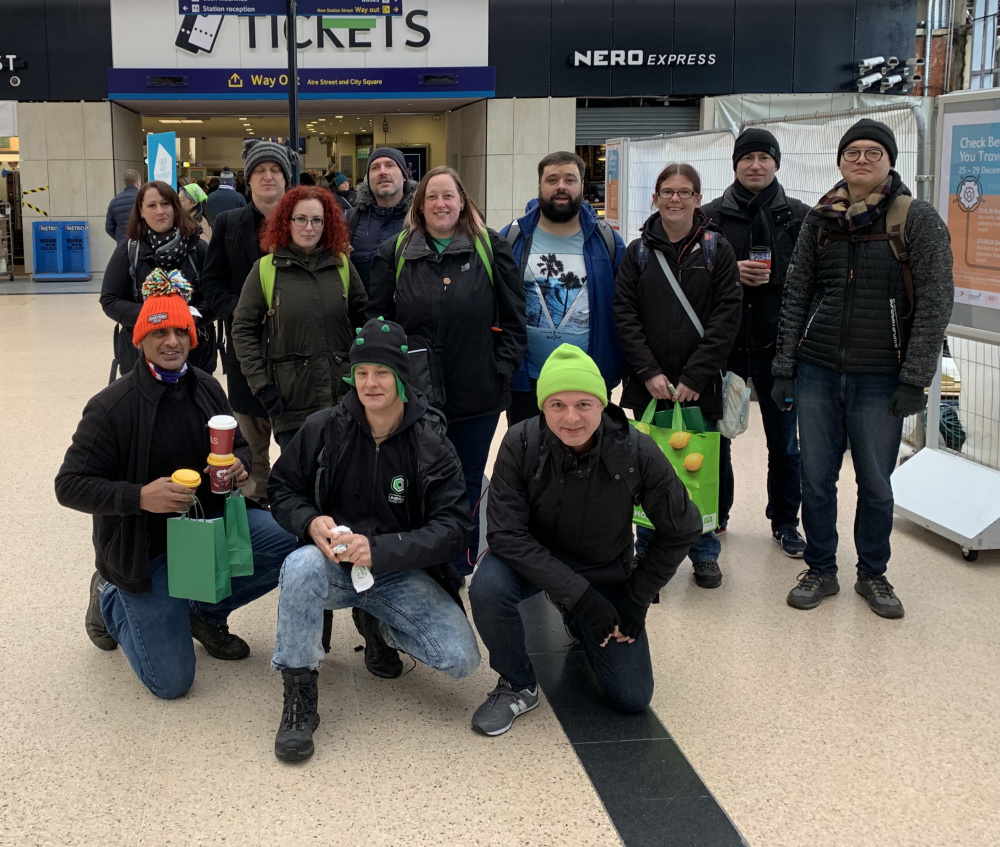