Bring The Hat Home and Avenge The Fallen: A Marketing Mystery

Similar to what I had done for Via Noir Chicago, I had my own goofy brand of event marketing: the Bring The Hat Home campaign, featuring the ridiculous-but-Ingress-famous Generalissimo's Hat. I'm quite proud of the campaign, and I don't mind bragging about it a little bit. On Instagram, there are 350+ posts with the #BringTheHatHome hashtag, with only a handful of them posted by me. The campaign was simple:

I made roughly 30 The Hats and spread them around. Some were given to people I knew well and some were given to people I'd never even met who had been recommended by others; the intent there was to spread the message to those both closely connected to me and to branches of the Ingress social graph to which I had almost no connection. (Branches in a totally foreign forest, in a sense.)

Here is where The Hats went in North America: 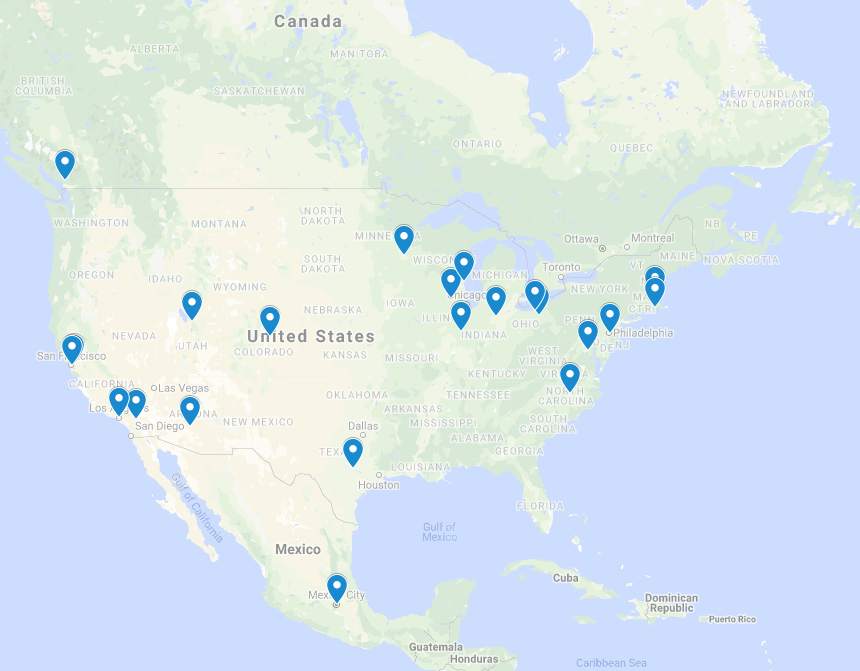 ... and there were more that made it to Europe. For the record, I wish I'd filled in some of the gaps in the map with more The Hats, but there was only so much time in the day and marketing money in the budget. (Budget? What budget!? We don't need no steenking budget!)

So, yes, hundreds of social media posts with the hashtag. Lots of smiling people in The Hat. Of those hundreds, I think I was in one or two of them (taken and posted by others). Almost no one noticed that I wasn't in the pictures until someone said, "Wrong hat" in response to this photo (https://www.instagram.com/p/BxSuqViBhjq/) : 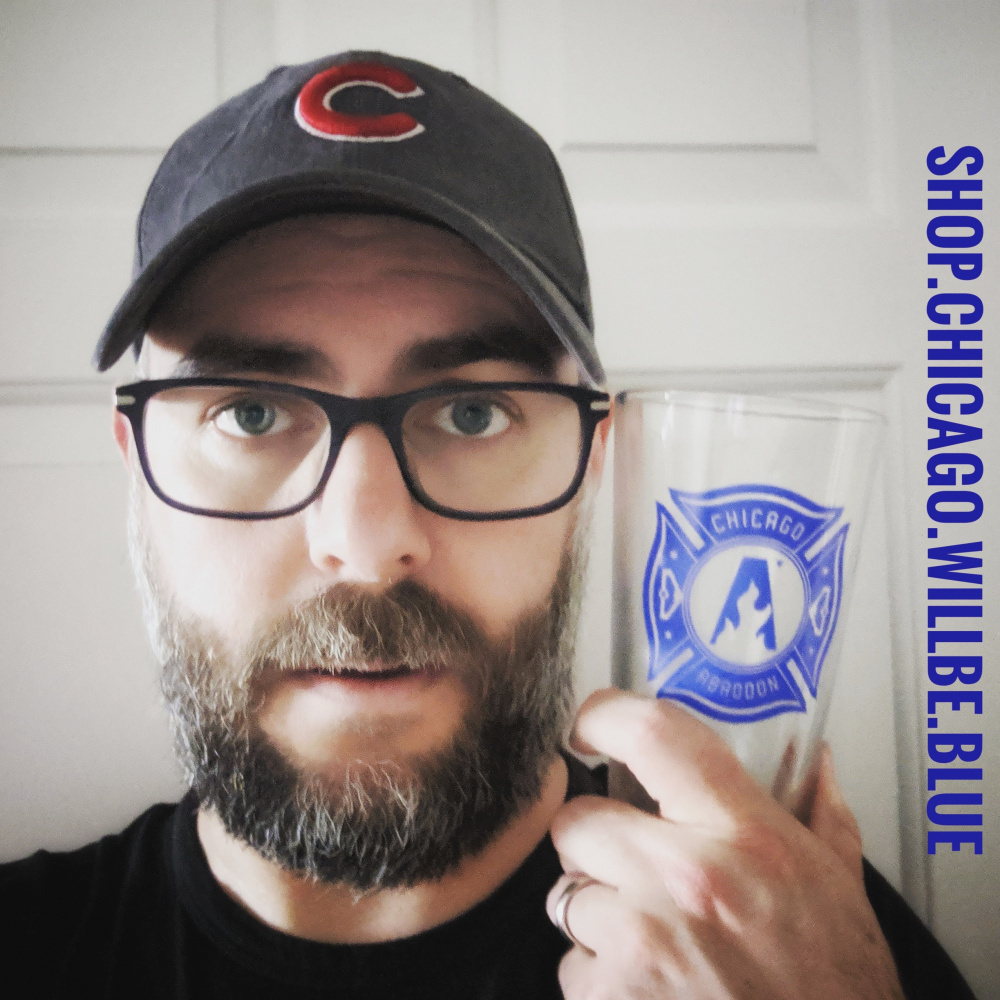 But the Cubs hat there was no accident.

The Generalissimo's Hat had started as a joke way back at Obsidian Milwaukee. I just wanted to give people a laugh. (#MissionAccomplished) In my mind, the only serious takeaway of The Hat was this: In Ingress, everyone is The Generalissimo at some point. In the years of me taking The Hat to Ingress events, I made a point of encouraging people who had taken recent leadership actions to get a photo in The Hat because at that moment, they were The Generalissimo. For the Bring The Hat Home campaign, I wanted the Generalissimo of the Moment to encourage others to come to the Chicago anomaly thus bringing The Hat home to Chicago -- in spirit if not physically. It was never about me, so I didn't want to be in the photos.

Someone recently told me they thought Bring The Hat Home was one of the best viral marketing efforts they'd ever seen even outside of Ingress, so, yeah, pretty darn proud of the campaign.

(I really am working up to something here, so stick with me...)

In the lead-up to the April 26th opening of Avengers: Endgame, Marvel's marketing team launched the "Avenge the Fallen" posters on March 26th, and the poster images went viral immediately and an "Avenge the Fallen" meme generator was quickly cranking out images. One key point for the Avenge The Fallen posters was that the black-and-white photos were of those killed when Thanos snapped his fingers in Avengers: Infinity War. (Spoiler alert? It's been 6+ months, so I'm not worrying about it.) I was more than a little busy with anomaly stuff, so I noted how cool this campaign was and moved on without giving it much thought.

A few days later, on March 29, the strangest thing happened: I got a message from some new Telegram account, and the account was promptly deleted after I'd seen their one and only message: a file. 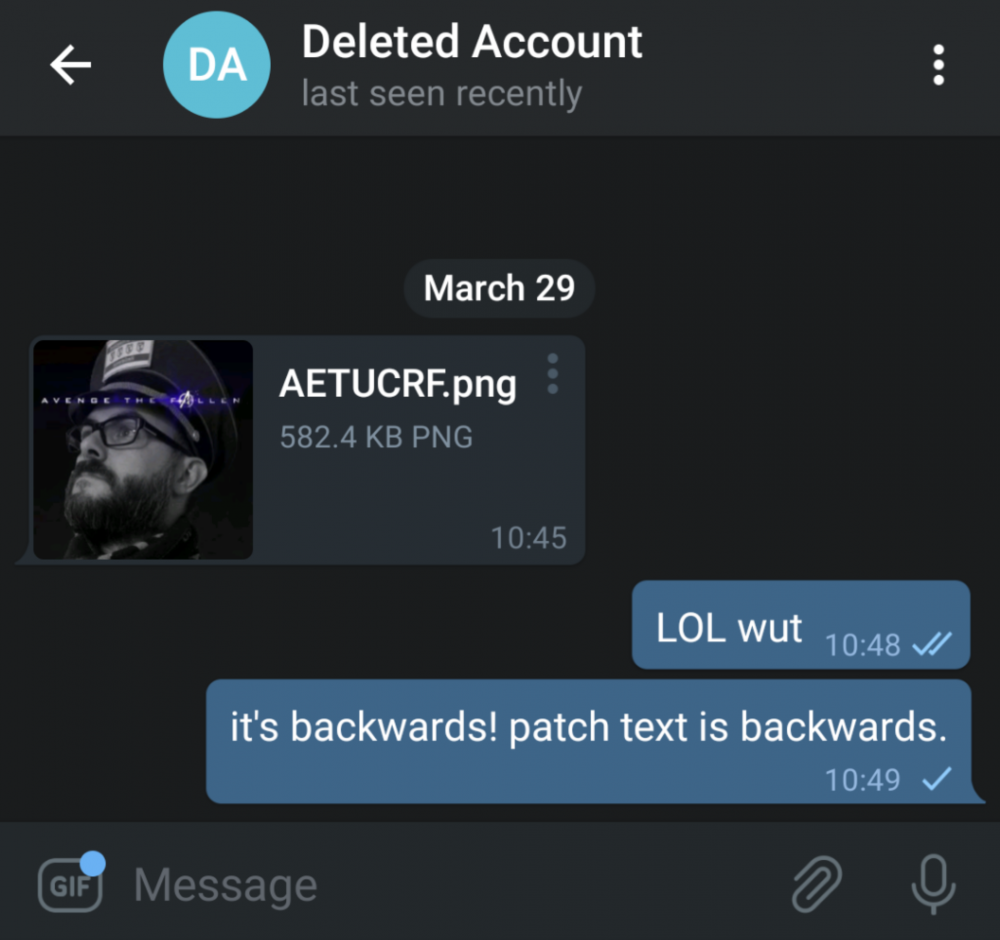 The file was this exact image: 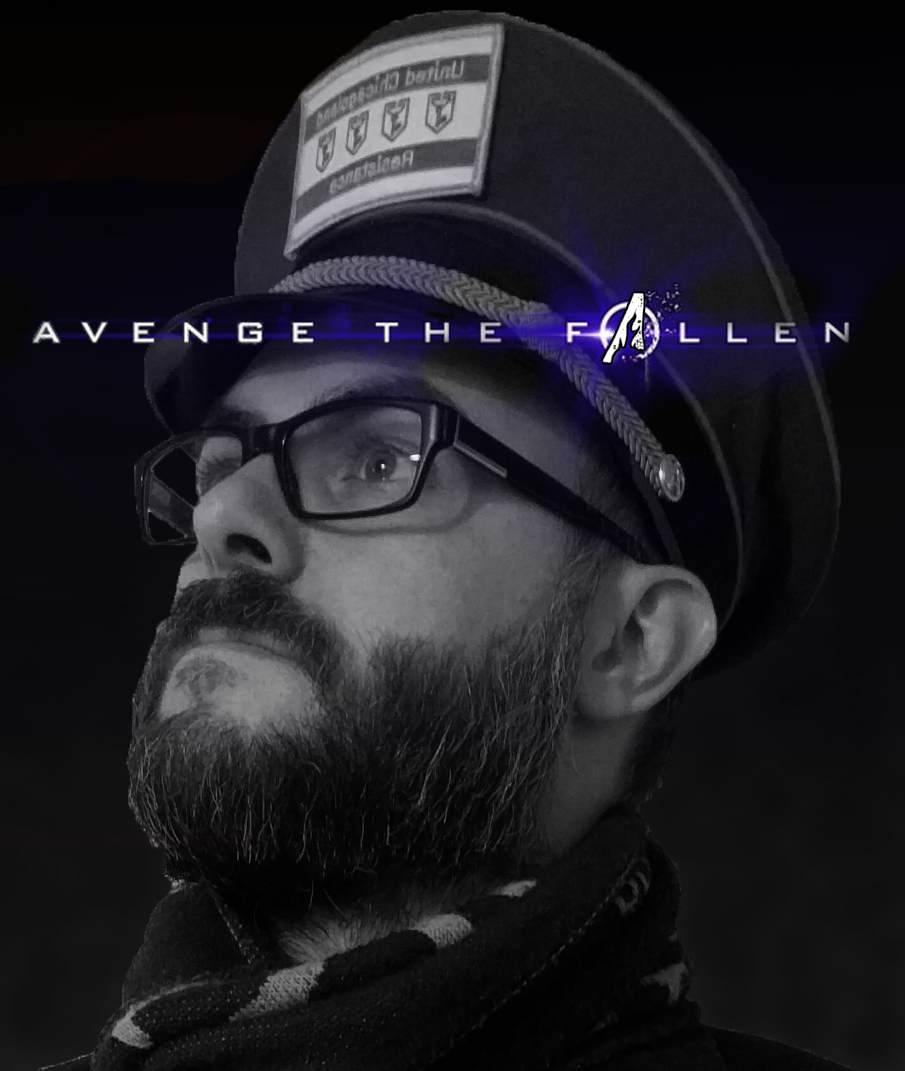 Pure genius! Never ever in a million years would I have thought of it on my own.

But I had three issues with the image:

The thing that really astounded me about the image was that they'd taken the stylized A-on-fire from the logo we'd used for the anomaly (h/t @TheRedSeven and @Katvinci) and used it to replace the Avengers' stylized A. That is some serious attention to detail!

We took the idea and turned it into a chibri-free, full-color image of The Hat oriented such that the UCR patch was readable (h/t @Bumpfuzzies). The final result is one of my favorites from the entire anomaly marketing effort: 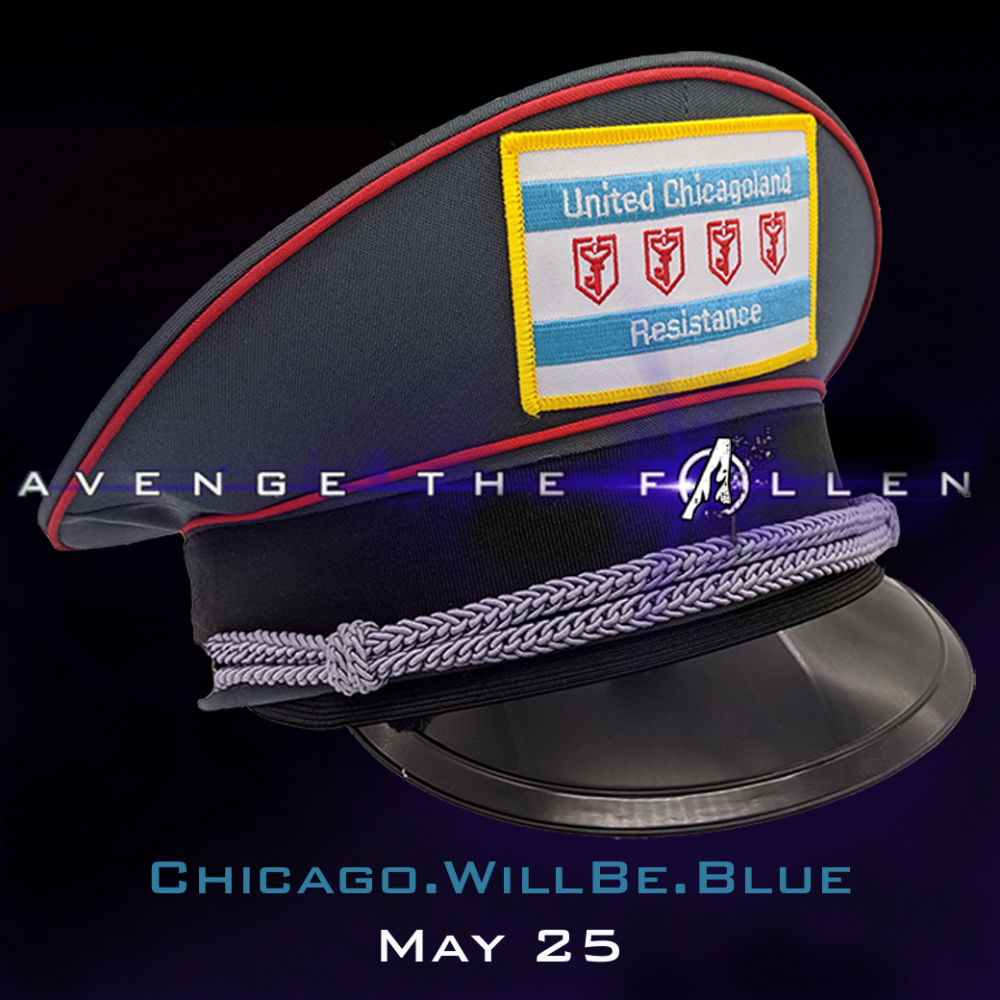 I spammed that image all over Google+ in its waning hours on April 2. And then I again spammed it all over Ingress chats on April 26th when Avengers: Endgame opened.

I've asked many people directly if they'd created the original image, but no one has ever owned up to it. I actually wonder if it was an Enlightened player who didn't want to be associated with a Resistance marketing image. I truly have no idea at this point.

With such a narrow margin of victory (#3.02), it's hard to point to any one thing that pushed the Resistance over the top for the Abaddon Prime Chicago anomaly, which is why it is important to recognize that EVERYTHING mattered, so...

Whoever you are, my mysterious graphic design benefactor, thank you!