First, I drop a few screenshots. 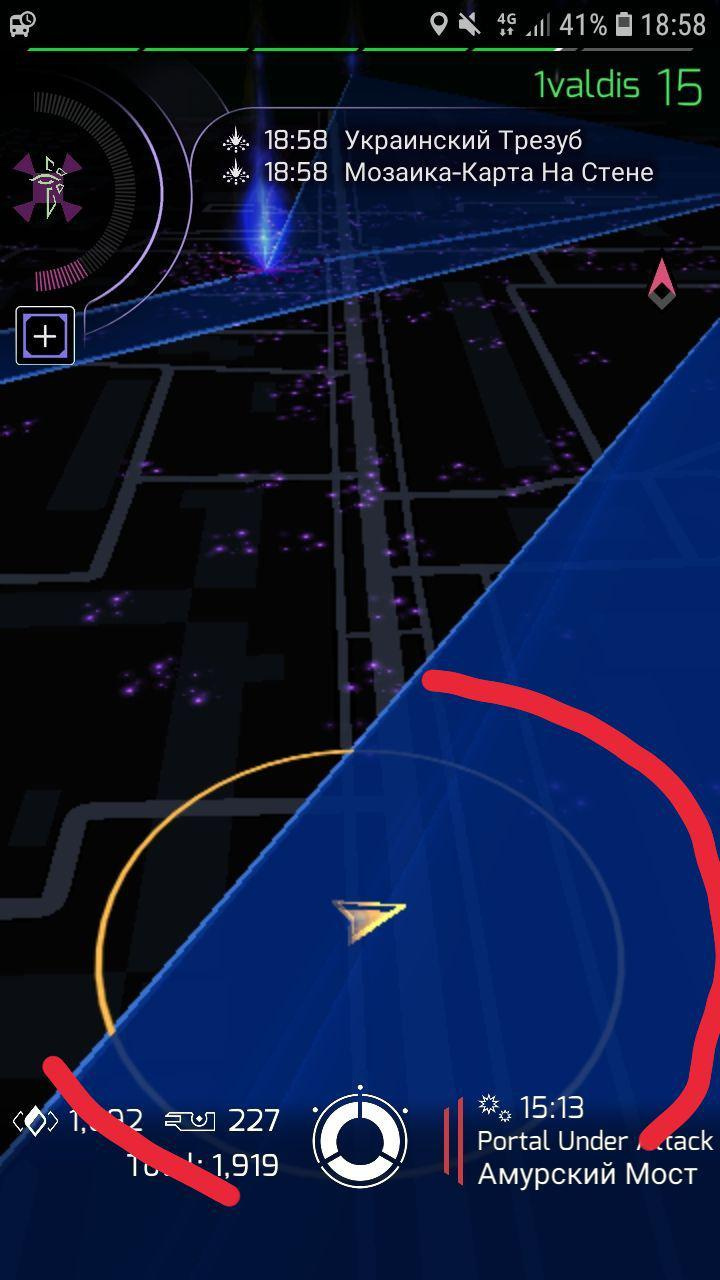 The circle should be of one color, no matter if we're inside the field or not. 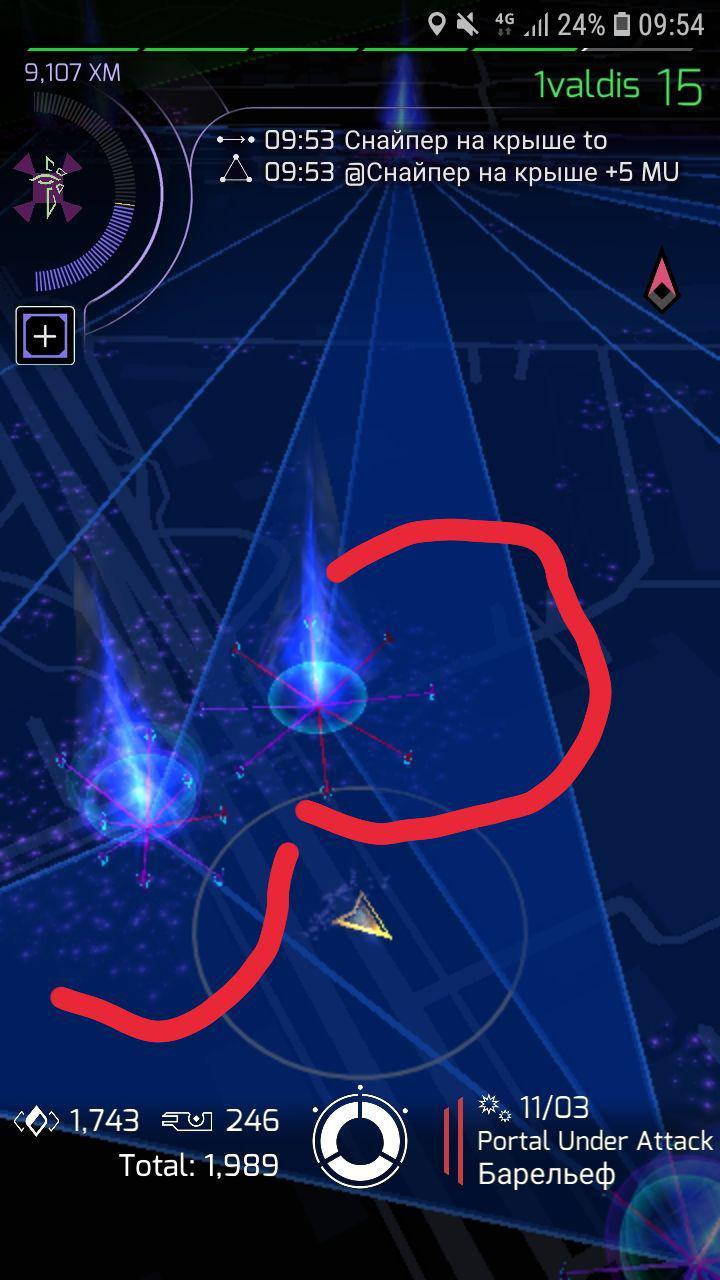 XM visibility. Do you see XM? I don't either. But it's there :D

Compare this view with Redacted. 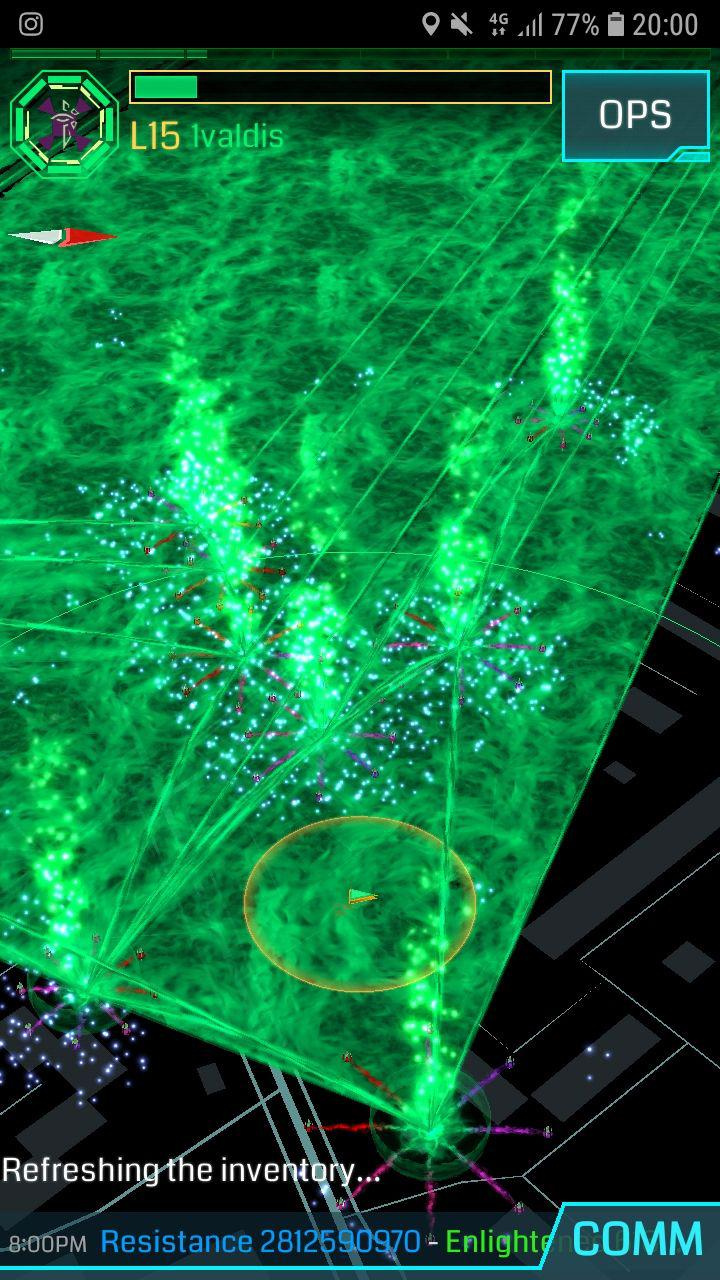 Despite many layers, these two elements are easily visible.

Solution is: learn from Redacted. Take everything except roads that is currently under a field or can visually be covered by a field; and put it over a field. This includes: XM, Player mark, Player radius, Portals, Effects (bursters, cubes, US), anything else I forgot to mention here but it's appearing covered by field.

I know that it may be logical to have everything covered by a field because that's how it is in "reality" and blah-blah-blah but if it doesn't work then it's not the correct way to show it. At least experiment with that change of layers. It worked good on Redacted so I think it may work here too.