The Case of the Missing Field (A PNW Enlightened Mystery)

On Wednesday October 31st, 2019, the combined efforts of agents across Oregon and Idaho, culminated in a BFF (Big Fantastic Field) covering approximately 65,000 square kilometers. That's 16,061,849 acres for those of you keeping track.

SO WHERE IS THE FIELD?

Great question! This Saturday our hard work was destroyed by an agent named SantJoseph, who was too busy to grab a cup of coffee with me because he had to rush back to Panama. 🙄 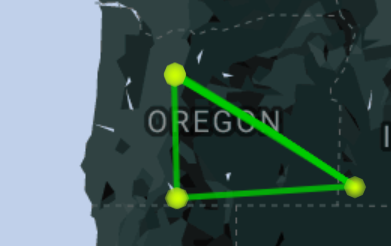 Continued to play in Klamath Falls, Oregon until 6:22am PST

No portals were touched between those times.

*This means he traveled 5621km (3493 mi) between destinations in three hours and thirteen minutes.*

The nearest international airport to Klamath Falls is one hour away, in Medford. The quickest flight between Medford and Panama City, not including security checks for an international flight, is 8 hours and 30 minutes flying with Delta Airlines. Then drive time to La Chorrera would be another 45 minutes. This trip would be difficult to accomplish in under 12 hours, and physically impossible in under 3.

Even with a private jet traveling at max speed of 575 mph, it would take six hours in the air to travel the 3493 miles point to point. Any aircraft moving faster would have to refuel several times during the trip.

*This portal was spoofed.*

Niantic should do the right thing and ban the spoofer, then restore the field.