I had a look at the Intel map and saw that the two parks where much too close to each other to build a decent sized field and I decided to abandon the German park ( I am British after all). For a few days W4lk3r, rezzmonk and I worked on the OP looking for maximum layering opportunities using the Dutch amusement park as the starting point. Eventually a plan was completed and now we needed a lot of Agents and keys.

One anchor was in a small town in the Sauerland area of Germany. A beautiful area of rolling hills, lots of lakes and trees. On my birthday, I discussed with my wife what we should do. We settled for a 2 hour drive down to the south anchor to hack keys. We booked a hotel and discovered that there was also a street party in the evening in front of our hotel. In between the 4 hour cool down periods we enjoyed a delicious birthday meal and were entertained with live music and a great party atmosphere.

Lots of keys were hacked from the Amusement park in Holland by rezzmonk, way more than we needed. He really likes roller coasters and I think he just wanted an excuse to ride them again.

After W4lk3r and HomerGAdams hacked the keys from the north anchor, Kerris who was doing key transport for another project had just enough space to transport our keys to right destinations.

It was still 2 months before the planned date for the OP but we started to look at the link corridors in more detail to find potential threats. One threat was a portal on an island that is only reachable with a boat. The portal was green and numerous frogs were linking to it from every direction. Agents W4lk3r and CaptainChaosMS volunteered to **** the portal using an inflatable canoe. After reading their posts in the TG it began to look like killing the portal was just an excuse to have a great time paddling the canoe on the lake.

Another threat came from an entirely unexpected source. An area near our Dutch anchor happened to be the home zone of a resistance agent. We informed the agent of the operation, showed him where the links would be, the date we would be building and asked if we would like to join us. We also offered to rebuild any portals that needed to be flipped and add any mods as required.

The answer was no, no help and we were not allowed to build through his home zone. The reason given was that he wanted 3 weeks advanced notice and we had only given him 2. After some research we discovered that this agent had already rebuilt flipped portals and relinked them to deliberately block fielding attempts from his own team.

I was thinking what to do about this when a message popped up from rezzmonk telling me maRschine had found a solution! He had developed an ingenious plan to successively block our rogue agent with links as rezzmonk carried out the needed flips. Even if an immune portal was brought back online, the rogue agent would have nowhere to link to.

Just a few days before the OP I had a look at our south anchor in more detail and couldn’t believe what I saw. In the 3 months since the field was designed there were lots of new portals that had come online. Last minute changes were made to use these new portals. We ended up with more layers and a much narrower link corridor.

Our TG chat had grown from just a handful to over 60 eager and willing agents.

Once more, the two hour drive down to the south anchor and many other agents with long journeys to reach their appointed positions.  Agony1975 drove 100 km to sit on a L1 portal waiting for the command to **** it. SyrinxRHD drove many kilometers only to have her flip taken care of by a frog minutes before she arrived. Our Dutch agents were not needed in Holland, the amusement park was closed. They came over to Germany to help with cleaning.

Arriving at the south anchor I discovered that a road bridge had been closed. This would add a critical 8 minutes to our time to link. It was too late to change anything now.

Everyone did a fantastic job clearing the corridors. The plan from maRschine to neutralize our rogue resistance agent worked like a dream and, with Agent Quill0n helping to flip, was finished at lightning speed. The final blockers fell and at exactly the agreed time Knappenberg threw the link to create the first field, 3,511,807 MU created. Field after field followed and then I realized we were not going to complete everything for the Checkpoint.

By the time CP arrived we had captured 90 MMU. We completed the field 20 minutes after CP for roughly 140 MMU and what no one expected, happened.  The field held for the second CP.

There were also lots of agents that made their longest link and largest control field. 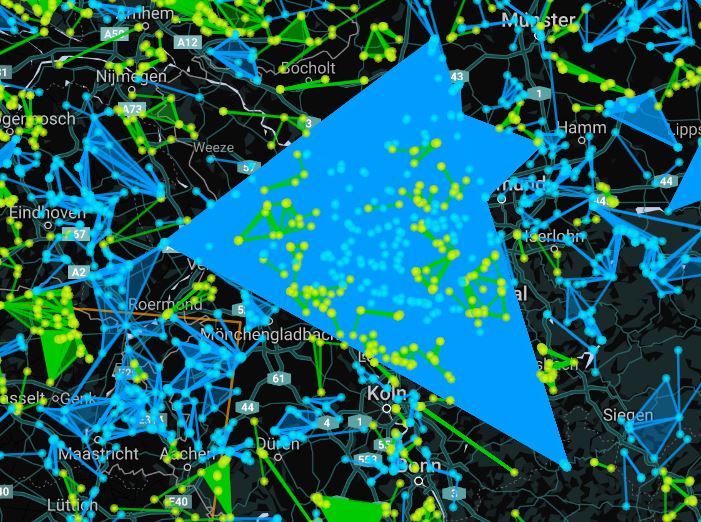 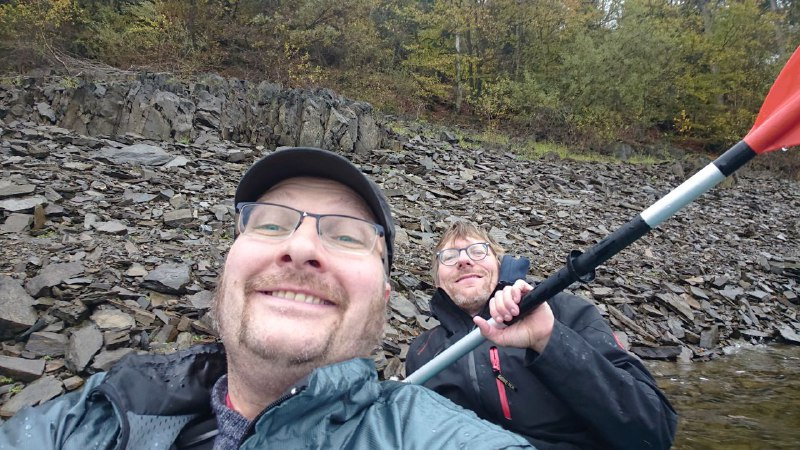 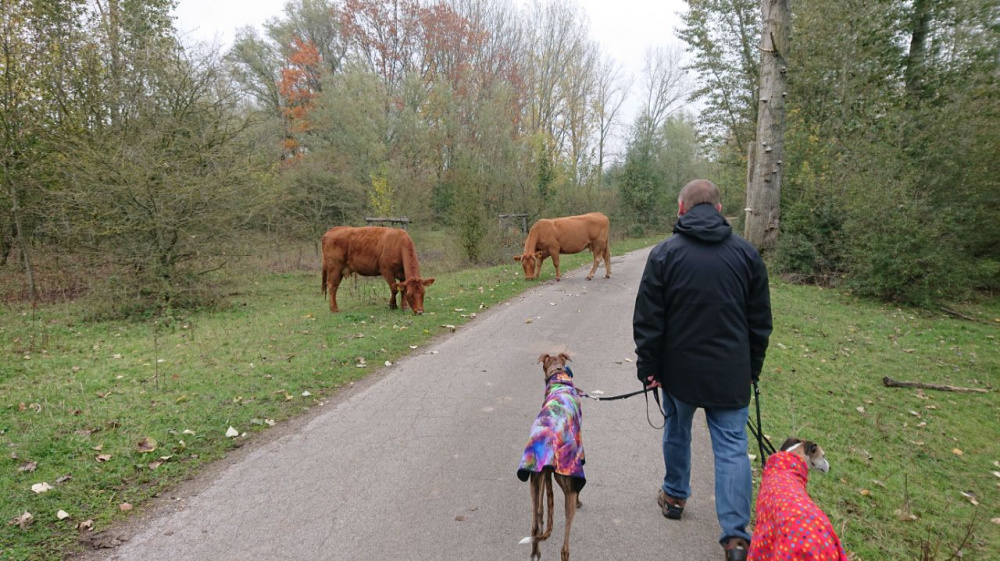 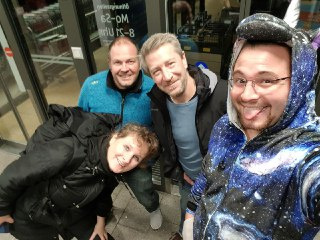 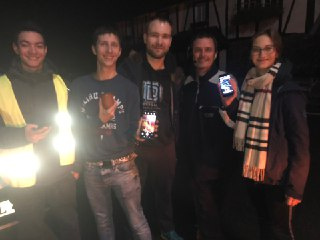 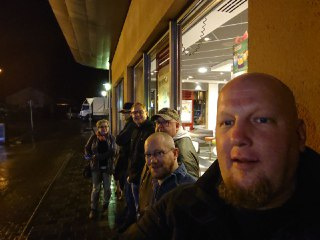 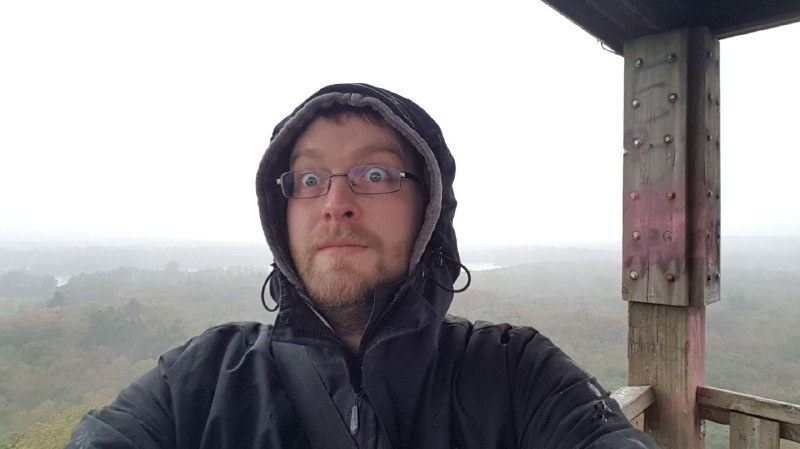 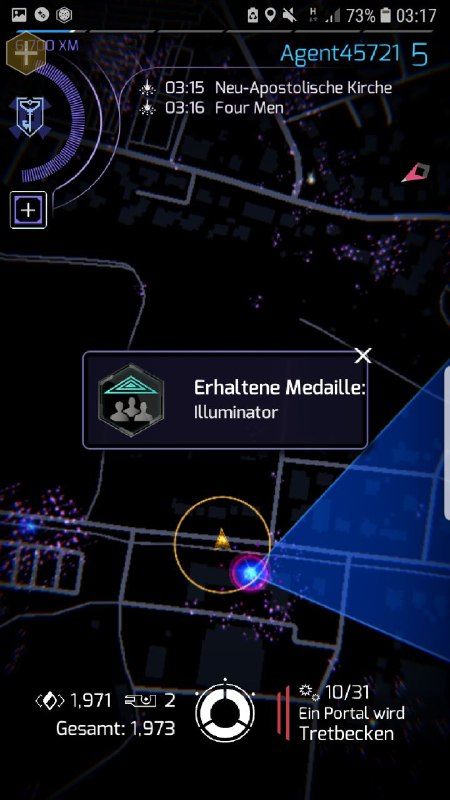