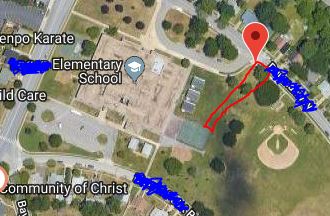 These are the types of submissions that waste reviewer's time. Submitter defines that red box as a "few feet". Not to mention that the court is literally right next to the school.