We decided in Liverpool to get together and do some field art to mark the occasion of the redacted shutdown. We had already been talking about doing a homogeneous 6-layer for a few weeks anyway, and this seemed as good a time as any.

So many ADA wasted on cleaning up green links - Liverpool is primarily an Enlightened city for some reason, and our resident Resistance players who work locally seemed a bit more slack than usual in their lunchtime attacks, despite our best efforts to bait them into wandering slightly further afield and unwittingly taking down our bigger blockers for us.

The actual linking part of the operation took twice as long as we originally planned for, because on the day we only had 3 of us on the ground, and the weather didn't help either. Fortunately, being early on a Sunday morning, we had no uninvolved players (on eithr faction) on the ground either. 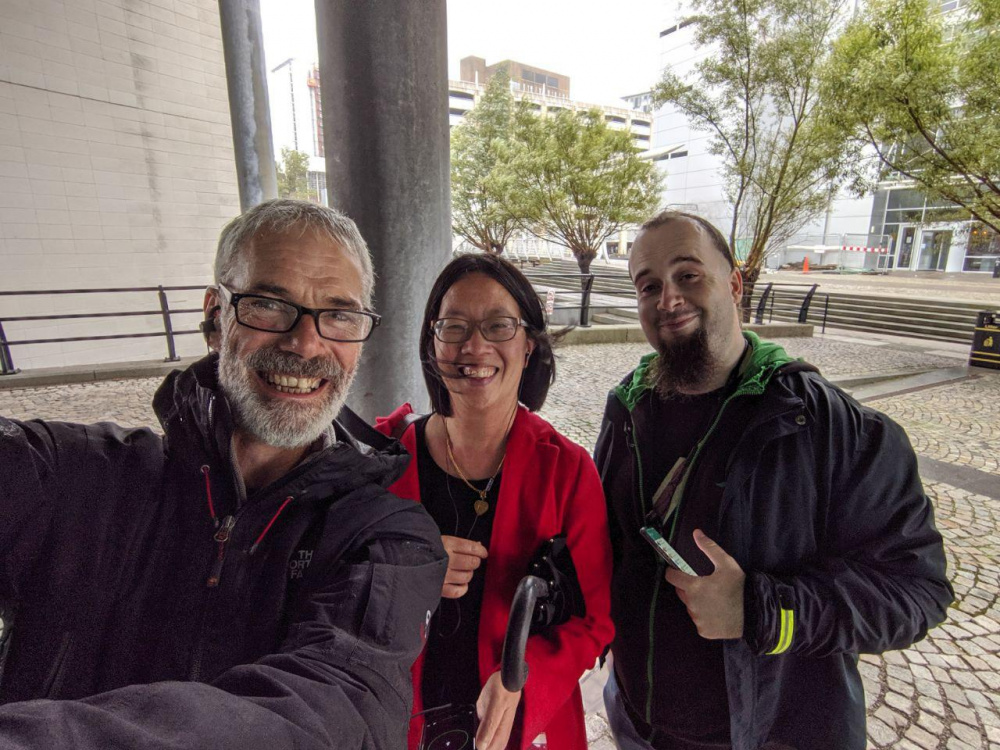