Global shards are announced and cross faction chats are spun up in the UK.  Eagerly, agents watching intel as the targets and first round of shards emerge, and are in parts disappointed and relieved that we don't have any.  Then, on an otherwise uneventful Friday evening, the chats suddenly light up… a shard has spawned in central Leeds!

Chats debate whether to go east towards the target in Milan or west towards Oklahoma.  Overland to Milan looks fun, but hard work! In the end, a decision was made to try to take the shard westwards because there was already a link across the Atlantic, and the Americas team had shown they could score.  First order of play was to get the shard out of central Leeds... 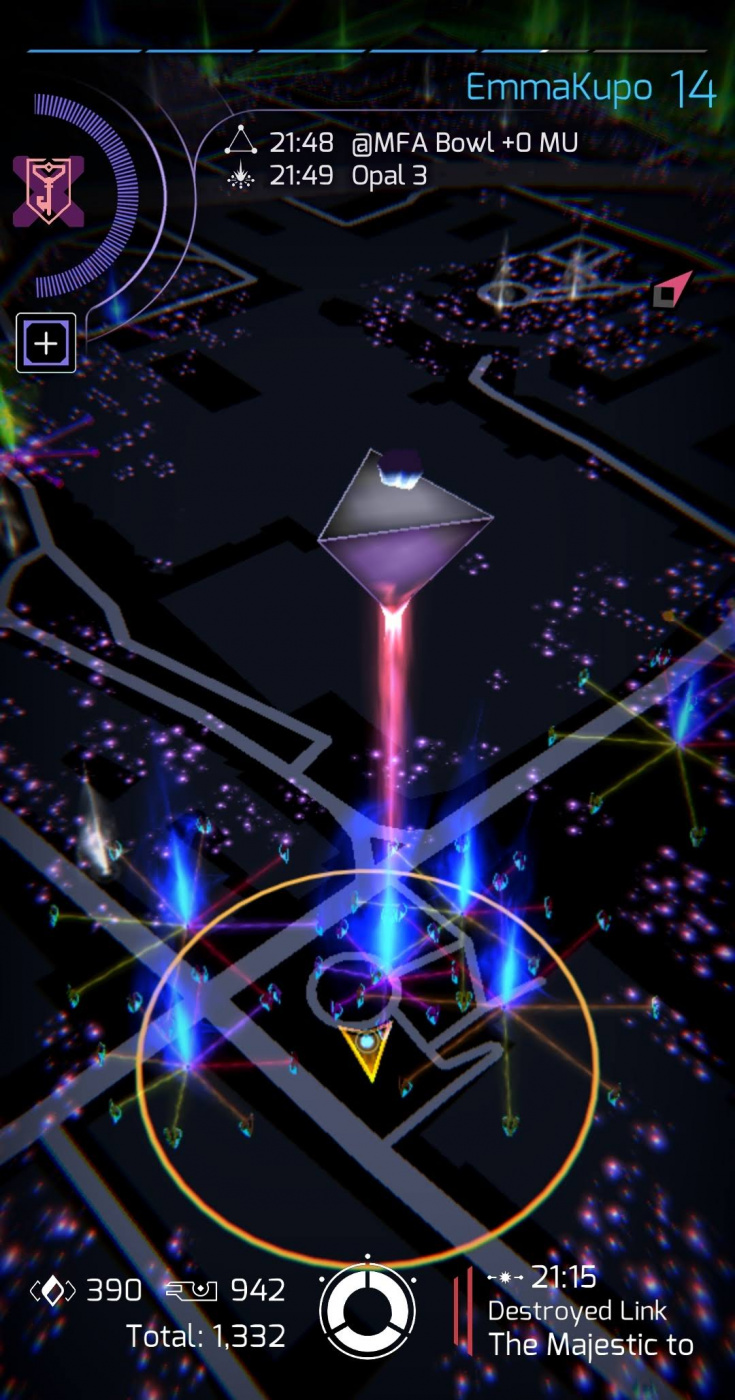 Move a shard out of the middle of a city in five hours with no notice? Challenge accepted! 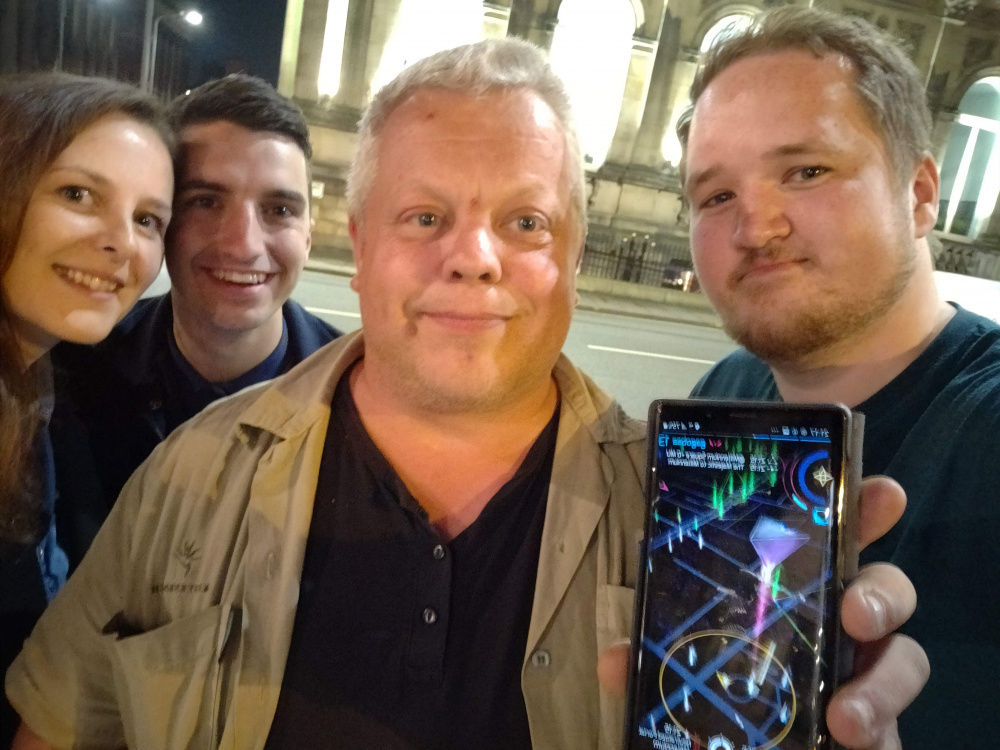 Leeds players may be busily socialising on a Friday evening, but some are still sober enough to drive around like nutters or grab an Uber (not sure what the driver made of the passenger asking to stop at a nondescript location, then running out and back again, phone in hand).  Some, on the other hand, are drunken derp linking and making everyone else panic, but it all works out in the end as it turns out to be a half-decent guide link. There iss also the obligatory visit to a location where people were *cough* getting awfully familiar with each other.

The plan develops on the fly and a destination portal identified in Pannal, just north of Leeds, at a pub which doesn't close until late!  The link was successfully thrown and agents hung around at both portals until 1am.

While the Leeds team heroically cleared the city, the next jump was already in the works.  A target portal was identified near the west coast with only one blocker. Calls were made to see who had keys, and hasty arrangements were put in place to transfer the keys in the middle of the night to an agent travelling up the 250 miles from Somerset.

A night owl threw a new blocker late on, but flipped their portal after being pinged in comms.  Another insomniac agent cleared the remaining blocker.

Frustratingly, a long drive up the M6 with 50mph speed limits meant the travelling agent didn't manage to throw the link before the next jump time.  They were short on kit, so would have struggled to take the portal down to make it linkable, but another agent stepped up and provided a Jarvis code. The link was made and stayed safely in place until 11am.  The agent then flipped the portal to ensure the shard didn't come back the way it had come. Then on to a much deserved rest!

With only 3 portals to clear and one to decay, the decision was made to **** direct from Lancaster to Anglesey rather than taking an extra stop in Fleetwood. 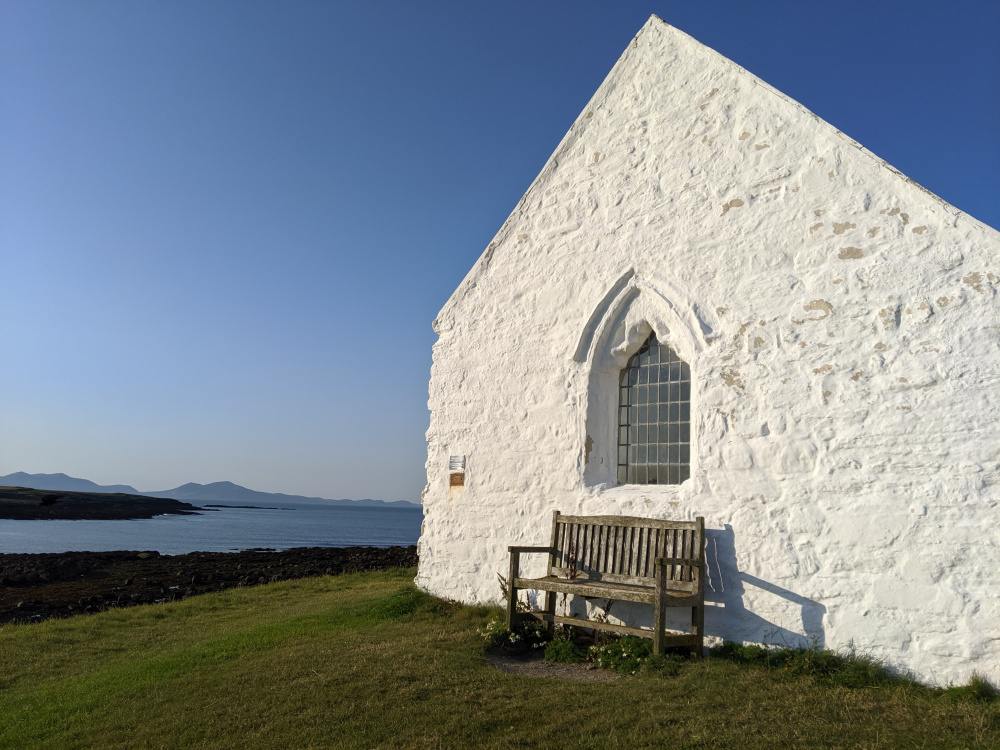 In the morning, a local agent walks out to the tidal portal at Church of the Sea to clear the existing links. 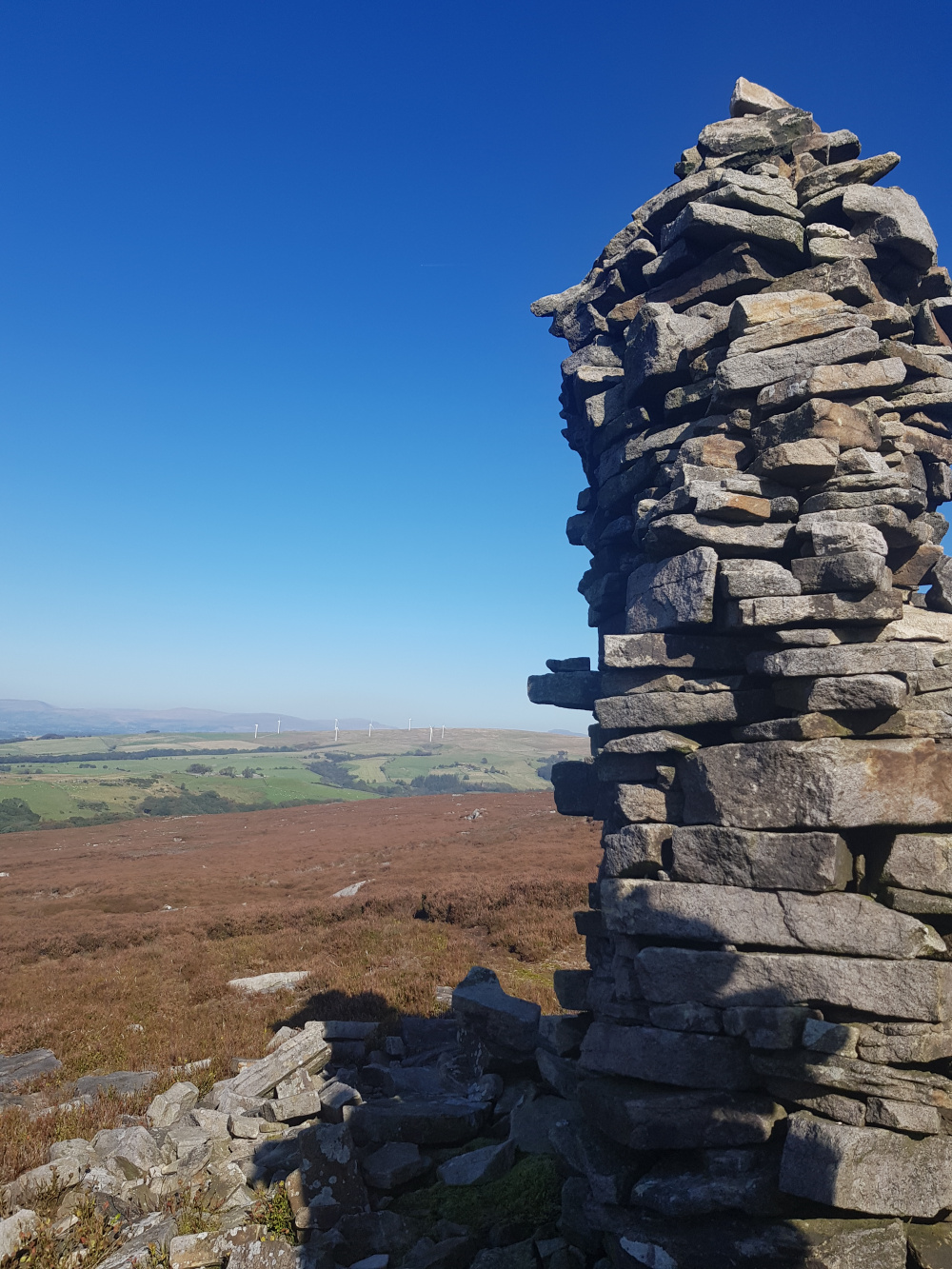 After some further clearing in Anglesey and Cleveleys, another agent sets off, holiday key in hand, to throw the link from Twin Rocks.  One slightly breezy walk up a hill later in the day, the link is made, and there is time to enjoy the stunning views across the Forest of Bowland while waiting for the moment to drop the link to prevent the shard coming backwards. 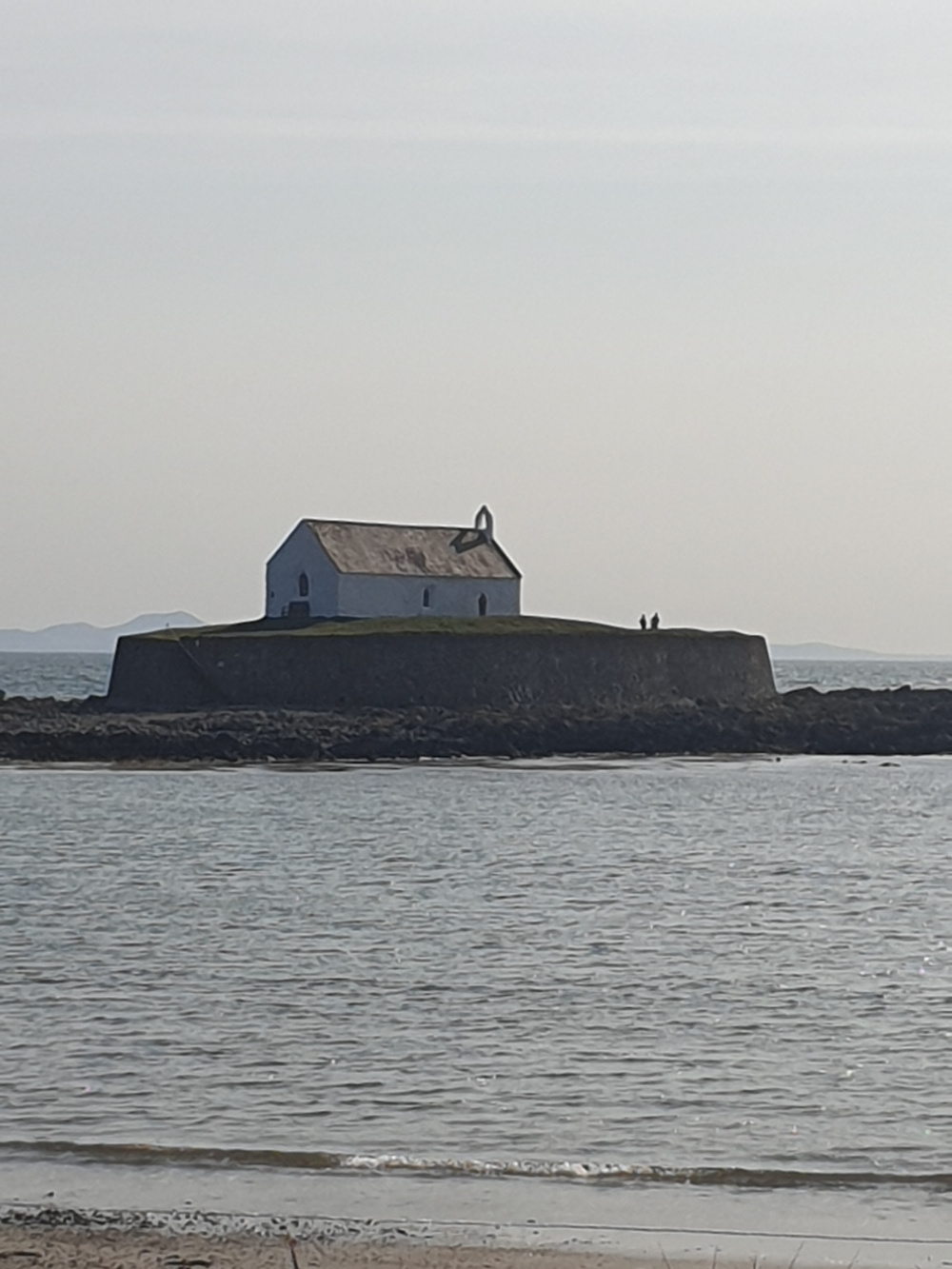 At the other end, another agent waits with their family at the Church of the Sea.  As well as taking home memories of seeing the shard arrive, they also find some pretty seashells on the nearby beach.  Ingress certainly takes you to hidden gems of places! 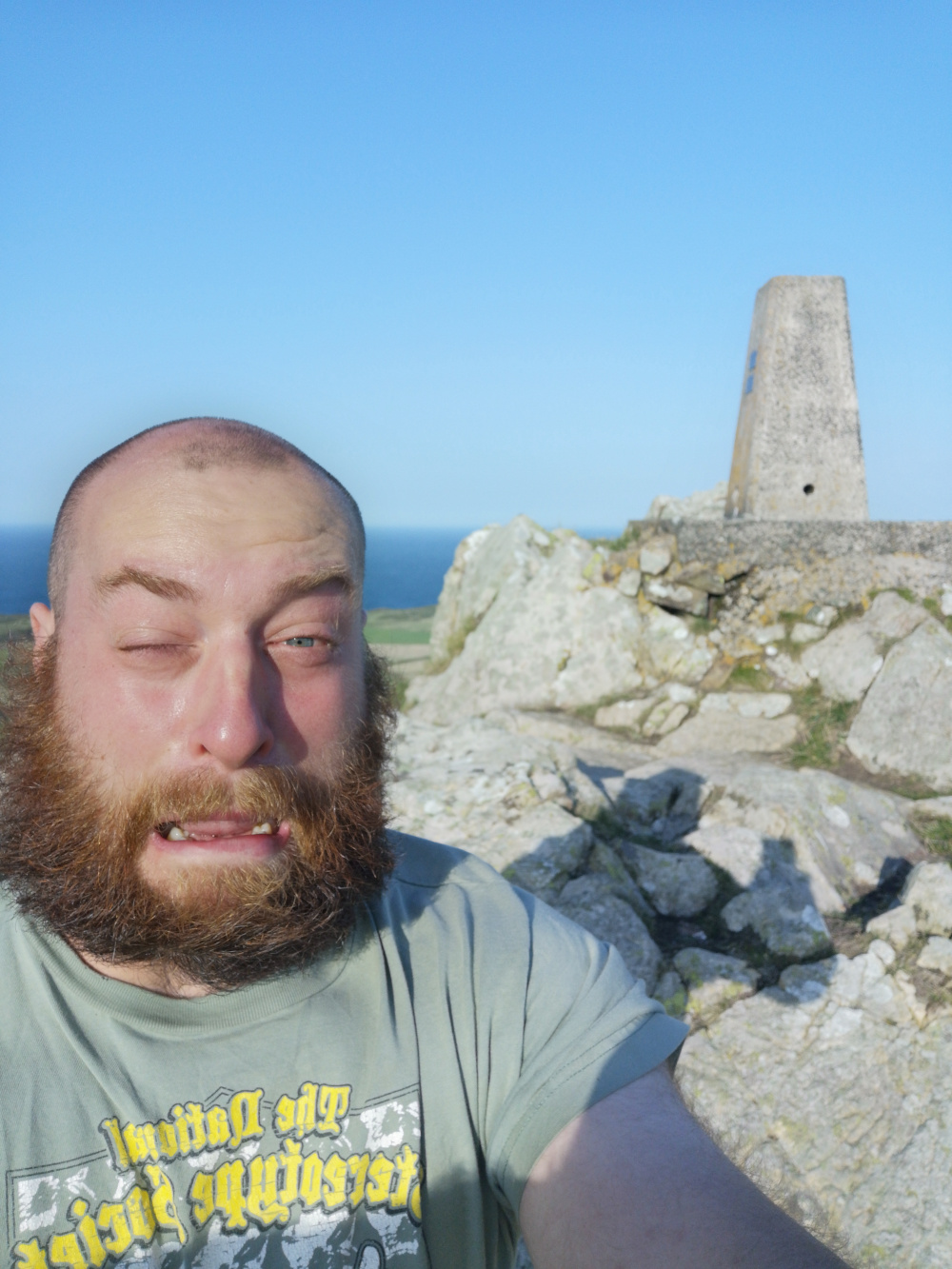 Preparation for the remaining links starts early and an agent heads over to upgrade Garn Fawr Trig Point and link it to the freshly deployed Church of the Sea. 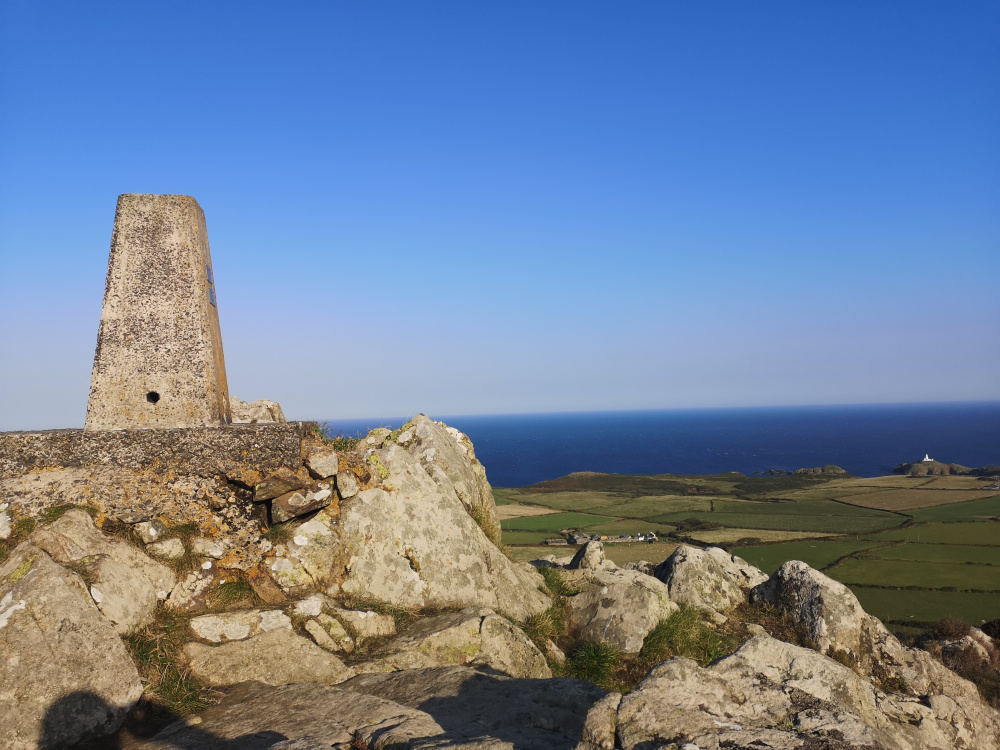 The portal picture makes the trig point look as though it might be up a mountain, but it’s only a short walk from a car park on a small-ish mound!

Then, it’s just a waiting game…

The jump to Gawn Fawr happens without incident and an agent on Anglesey steps out yet again to ensure no backsies and destroys the portal as soon as the shard has left.

As the weather closes in, the Irish team works with agents on the other side of the Atlantic to work out where best to send the shard for onward transmission.  In the pouring rain, they throw the planned links to Garn Fawr in Wales and Whale Lookout in Newfoundland, Canada. 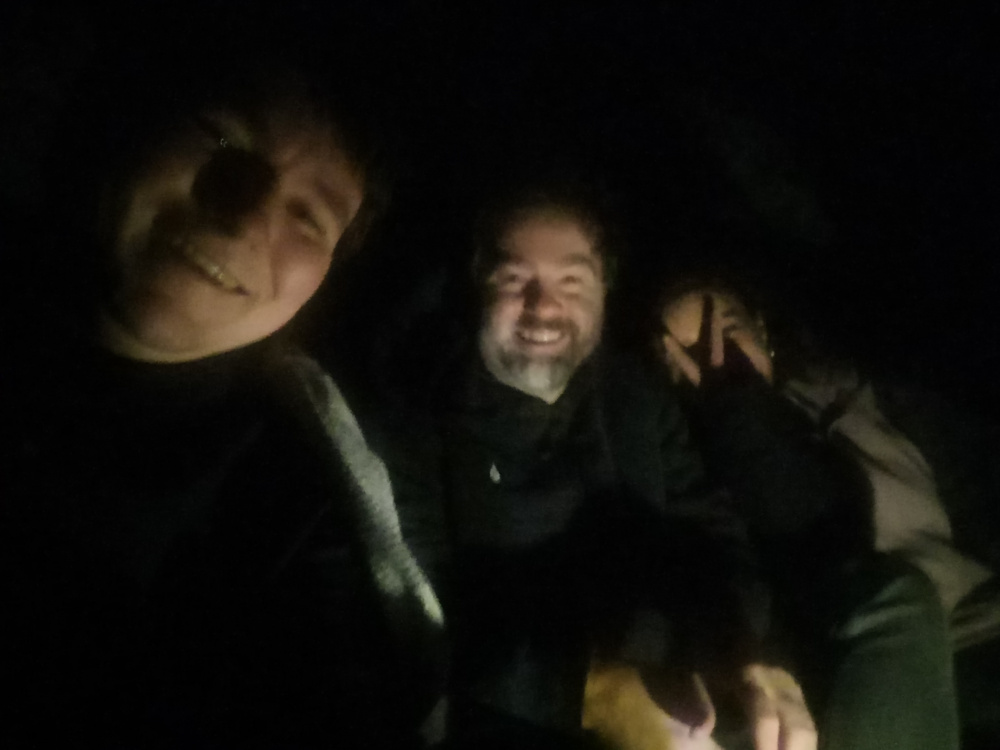 As the evening draws in, three agents meet to camp out overnight and keep the shard company for its last hours in the UK. 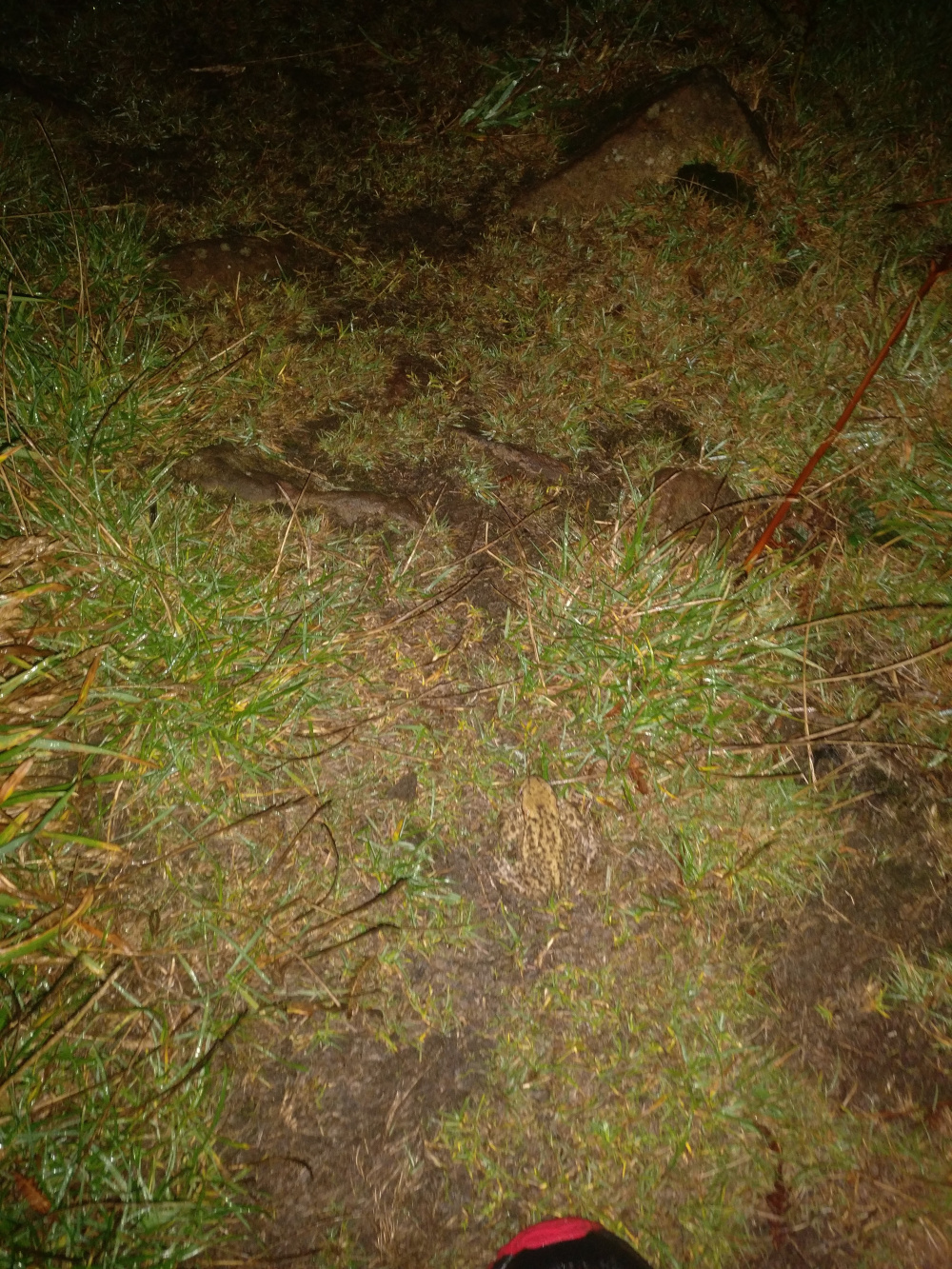 At 2am, the agents head out in the dark to see the shard safely on its way, meeting a frog (the green amphibious type) en route! 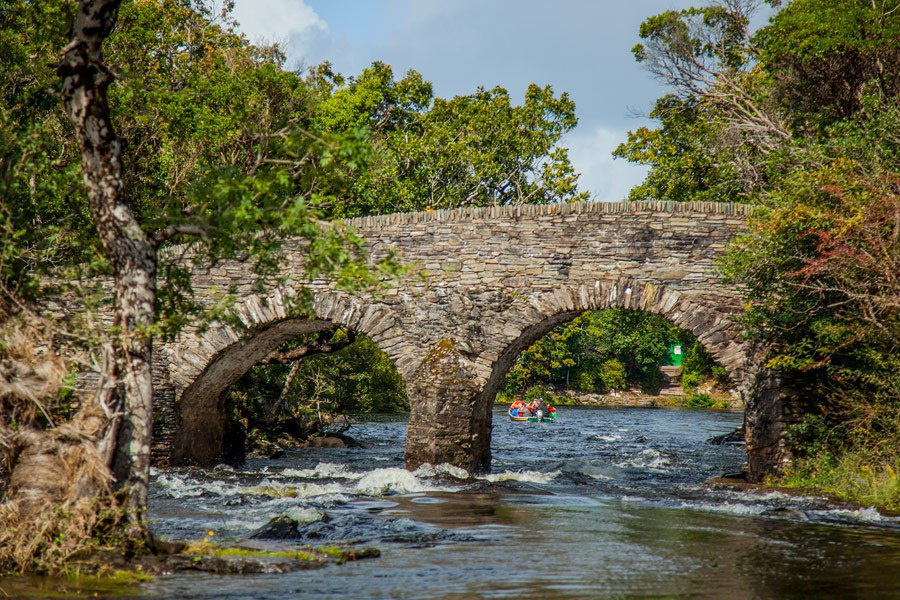 With the Welsh link dead, there is only one way to go for the shard, and that’s the several thousand kilometres across the Atlantic to Newfoundland.  After arrival, the Canadian team takes the link down, in readiness for its onward journey to sunnier climes!

The UK chats bubbled over with excitement with a shard on our shores, and faction didn't really matter as we were united in our goal.  As each jump time approached, the anticipation increased and the countdowns became more and more hyped. Short videos of the Prime jump animations were shared as they were fantastic to watch, and agents even turned the sound effects on!  We also managed to export some of that excitement to the chat for the final scoring jump from Houston into Oklahoma. Whoever thought that Brits were a reserved bunch!

The shard seems to have gained a nickname in some quarters as the Brexit shard because it didn't go to Europe, messed up Ireland and went to a Commonwealth country and the US, with whom we have that "special relationship".  Unlike Brexit though, this shard brought people together, whether that was on the ground clearing, eyes in the sky, or cheering people on from the many assorted chats. It showed that country boundaries aren't all that important.  We can work and play together!