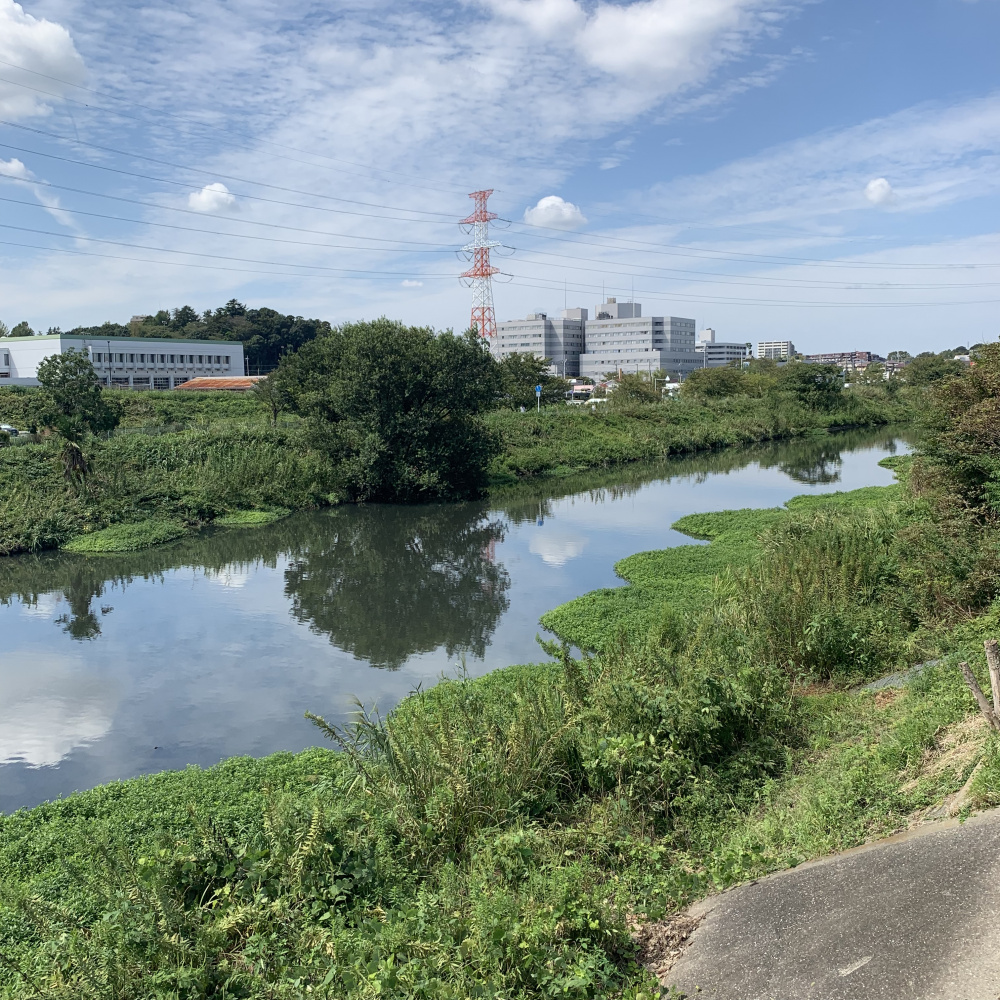 When Syun and I were working on the 5th homogeneous field at Kashiwanoha Park, an another project was underway. Ohanefu258 (Ohanefu, in short) and I were planning to make an another 5th at Fuse, Kita-Kashiwa. Ohanefu loves making multi-layered fields, and she makes very distinguishing, experimental, and complex fields.

Initially, only two of us were going to work on this project.

Unlike Kashiwanoha Park, It was in the city area, and there was a river and a large highway was going across the field. The size of the field was about 1.5 times larger. So it was much more difficult to make. I showed Syun what we were working on the other day. He seemed he was very worried and said he wanted to help us out. I really appreciated his kindness, but I hesitated to take his offer.

I had a very personal reason that I wanted to do this with just the two of us. I had already told Ohanefu why. She said; "Then, despite how difficult it is, we have to do it right, Crysta?" --Girls understand girls more than guys I thought. Although we felt very bad for Syun offering a help for us. We decided we were going to make all the plans, and make the field, and we asked him to be an operator this time.

I'm not good at fielding. I have no talent. Plus I'm kind of a beginner. It was not a long ago I made my first perfect 3rd.

This time I wanted to plan the link sequences by myself, even though it would be artless and inefficient. Otherwise, if I ask others to make it for me, I would never learn anything. I spent hours and hours staring at the diagrams that were way too complex for me. 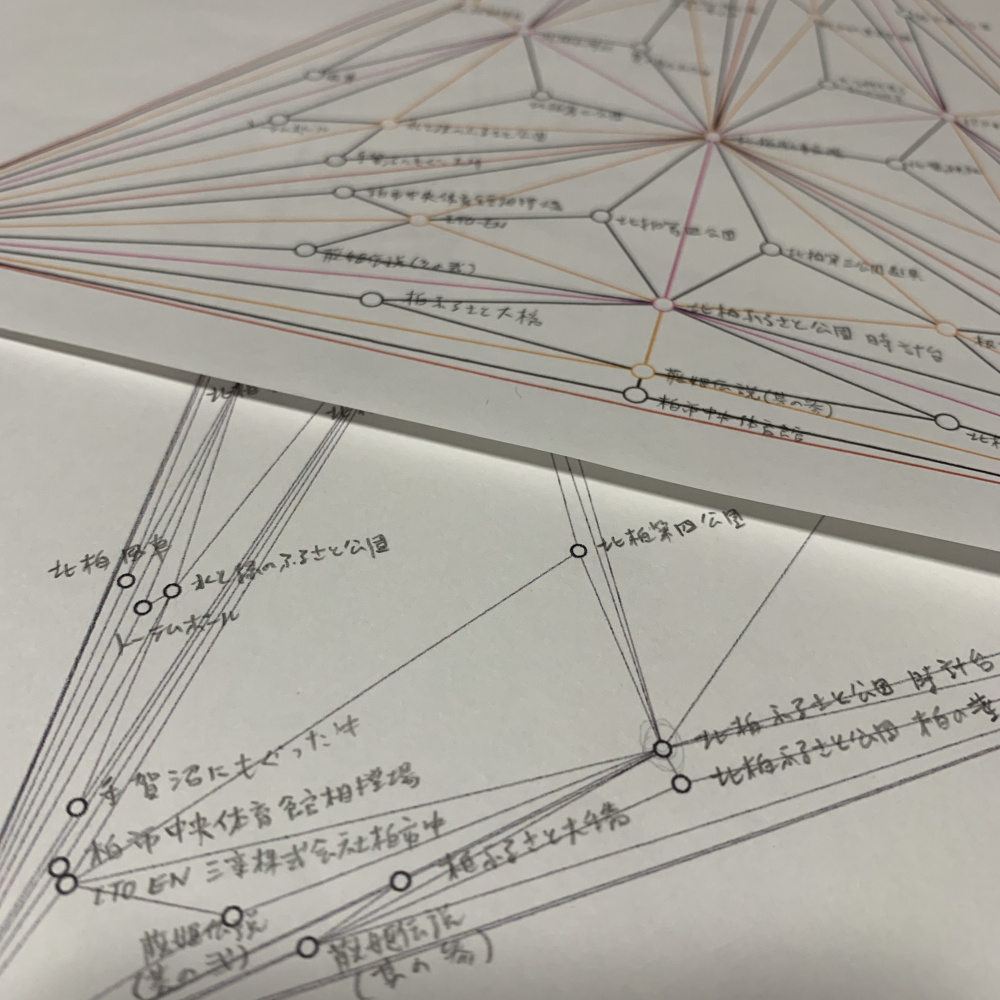 We had a lot of meetings both online and real-life, to perfect the link sequences.

Sadly, there were errors on the link sequences I made that needed to be fixed. I kept telling myself this was my learning process. It's been already a year since I started to play Ingress but I still didn't know some basics and it really disappointed me.

A 5th consists of three 4th. Ohanefu and I named each of them - The Left, Right and Bottom. :-p

We had a breakfast at a park. The weather was perfect. 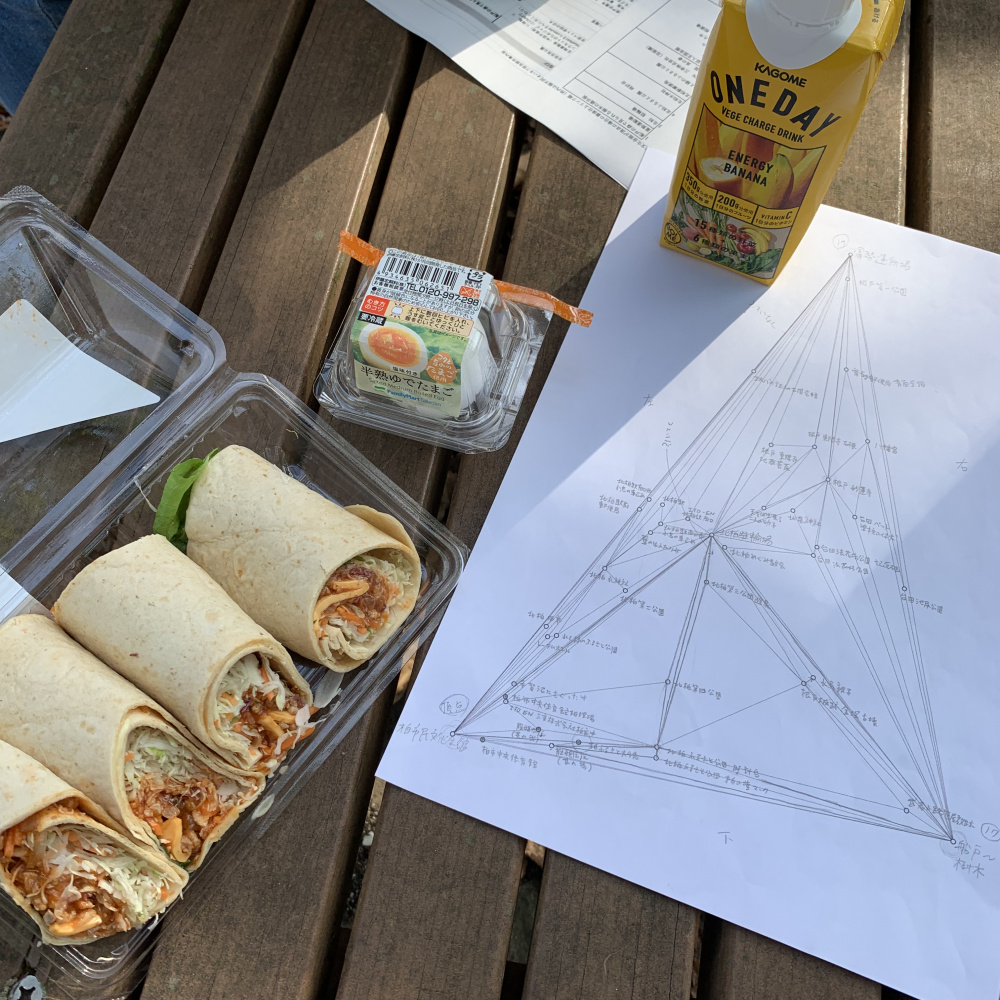 After we captured the "center portal" (What is the right term btw?) and deployed some MODs together, we split. She knew this venue very well, and that was the main reason I chose this area. She had already visited every single portals in the field. She usually makes amazing fields alone and doesn't join operations with others almost at all. So I think this was her first time making a 5th. (I saw her making a 4th alone before.)

I guess both of us were nervous, and we both made a mistake. We sort of freaked out. Syun was a great help then. He calmed us down, and cheered us up. When you are in a panic, you forget even very basic stuff. Syun told us very gently and precisely what to do. This was his first time operating and he was trying really hard. I regret that I did not accept his kindness at first.

Ohanefu finished making "The Right", and then I finished "The Bottom." We joined and and made "The Left." "The Left" was small and simple, so we got it done pretty quickly. The last thing we had to do was to go to the Apex to finish the whole process. I asked Ohanefu how far the Apex was from where we were. She said it was pretty far.

I looked it up on the Google Map and found out it was 1.3km(0.8 miles) away, and it would take 17 minutes by foot. I was worried about enemy attacks. I said; "Please, go ahead. You are much faster. Please finish it." Ohanefu looked puzzled a bit. But I repeated; "Please go, we don't want to take a risk."

Soon after she headed to the Apex with her bicycle, I started to run, following her. I lost her in less than a minute or so. I wanted to be as close as possible to the Apex for some reason. It was unfortunate that we would not be able to finish the field together.

After several minutes, I got a Zello call from Ohanefu saying she arrived at the Apex. Then I saw the first two links on my Scanner. I could imagine how nervous that would feel to do it alone even though she was a veteran. As I kept running, I saw several links flying out from the Apex.

I got an another Zello call.

"...I'm missing a key. The Hometown Park of The Water and Green."

I stopped and looked through my inventory. I had the key.

Breathing hard, I told her I got the key, and I would be there ASAP.

I ran as fast as possible. I hate to run but I really wanted to finish the field before something happens.

Ohanefu was waiting at the Apex.

From then, we worked together. One of us linked to the last portal.

We took a look at the map, and we saw a huge field. A 5th degree homogeneous field.

We had a big hug. 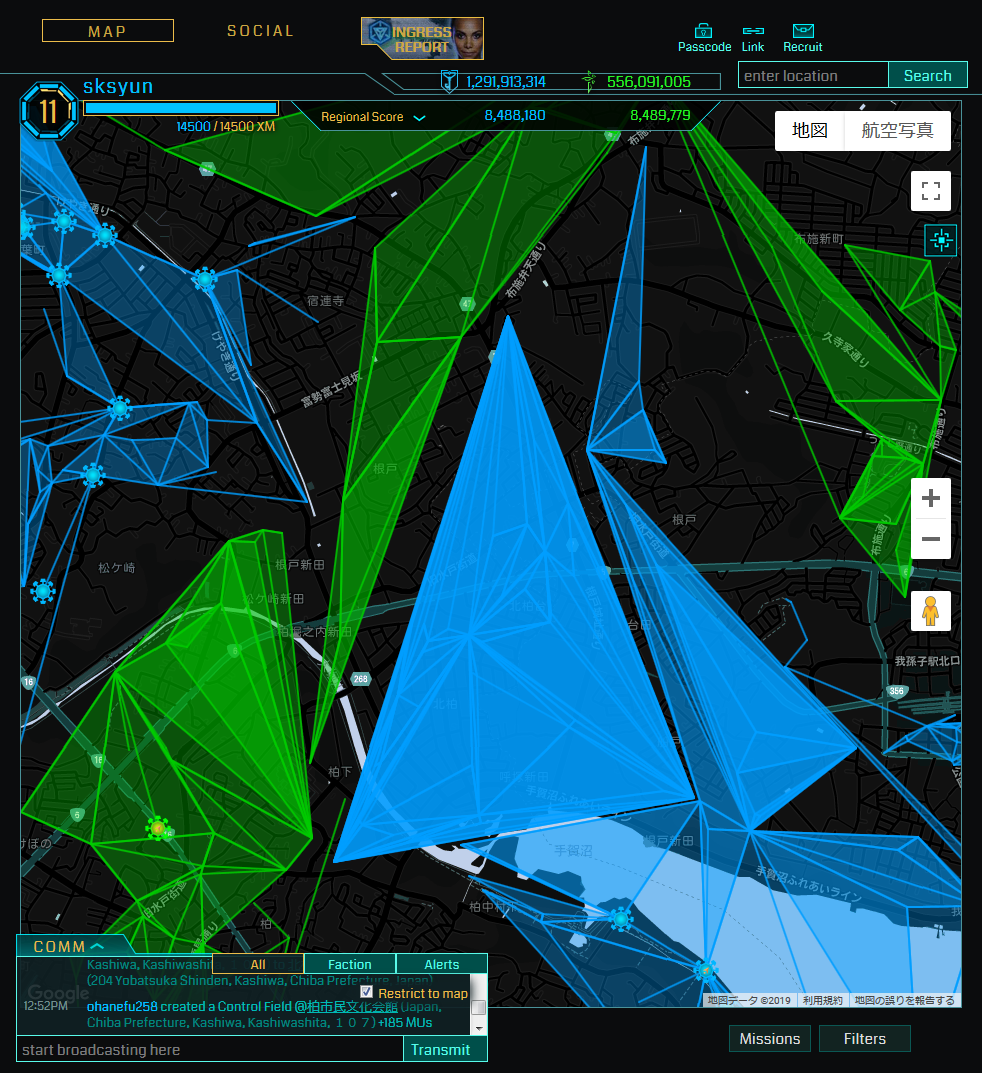 Syun made us a gif animation. Yay!

(In case you can't watch the gif animation above, I uploaded it on Youtube.)

It took us 3 hours and 25 minutes to make the field. 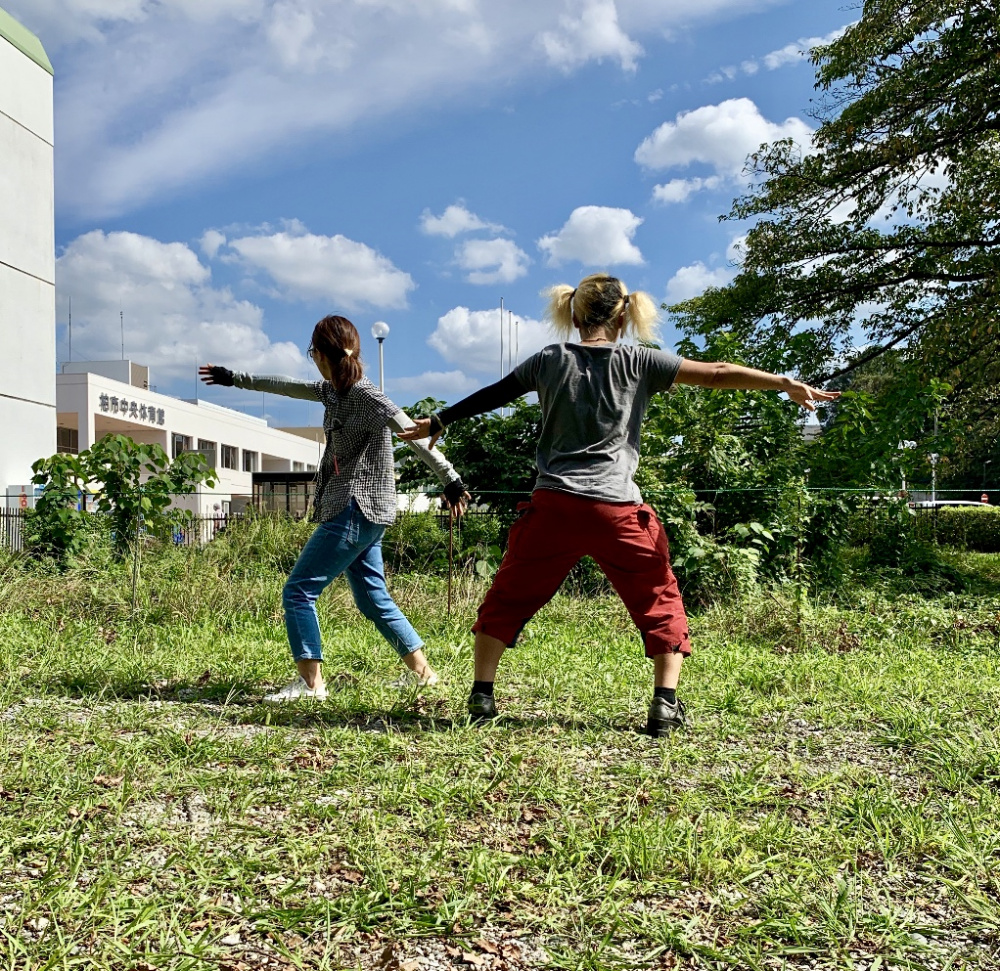 We were really tired... 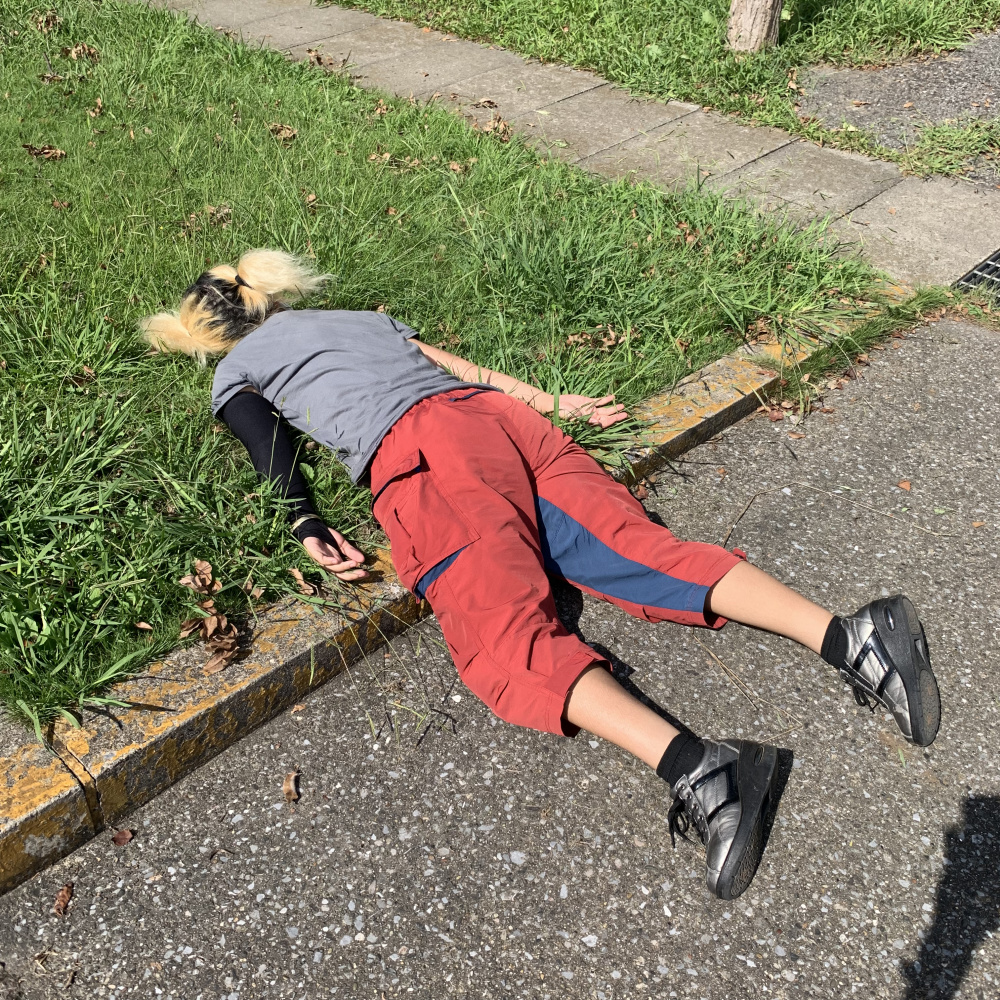 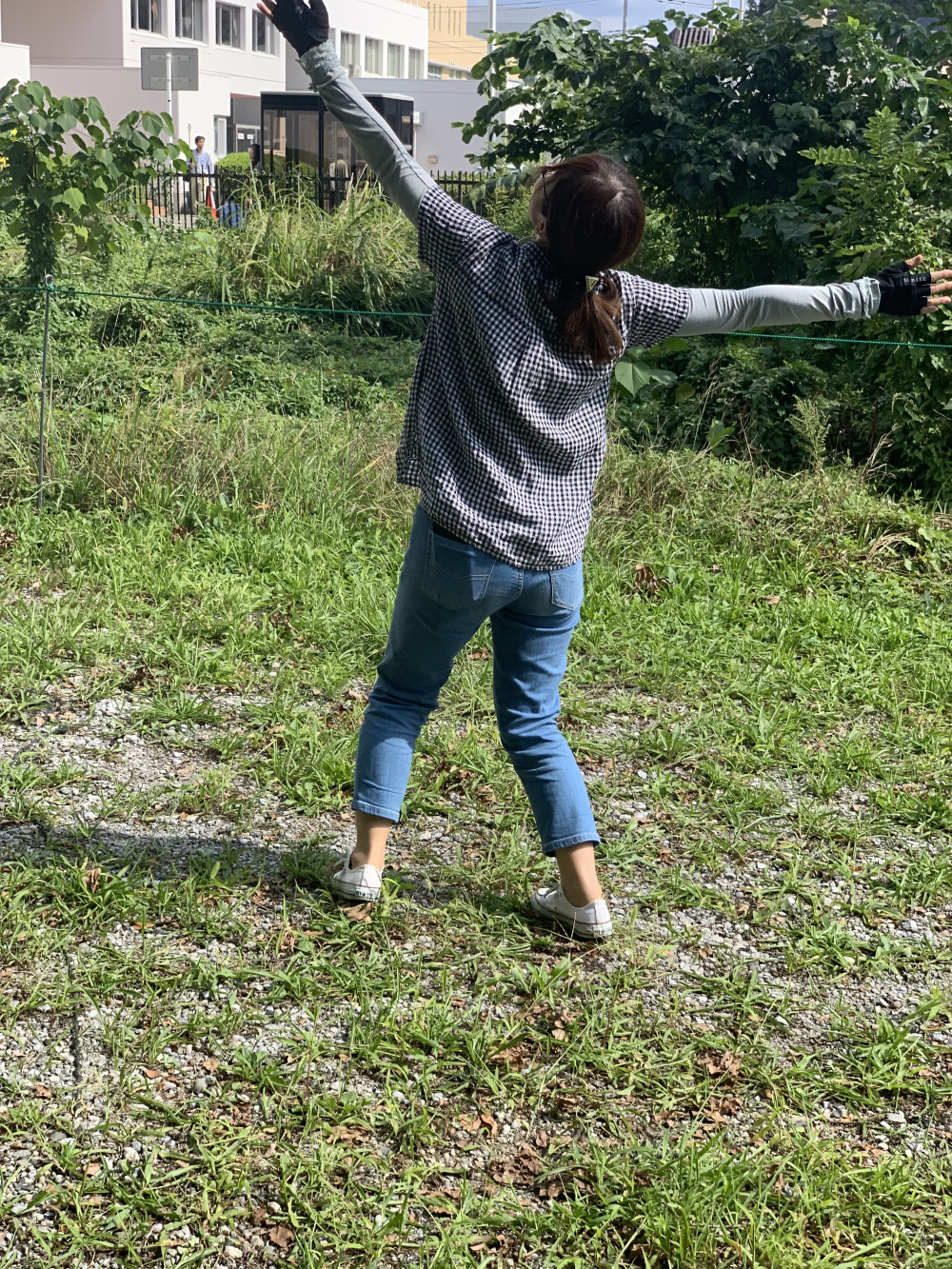 Ohanefu had collected some extra keys. We flipped the Apex and re-built the field. She gave me all the APs. She said she was kind of planning it. That was very nice of her.

We messaged Syun and we got together at Kita-Kashiwa Station and had a beer at the Chinese restaurant.

Thank you, Ohanefu, and Syun.

The project was successful because all of us worked together in harmony. 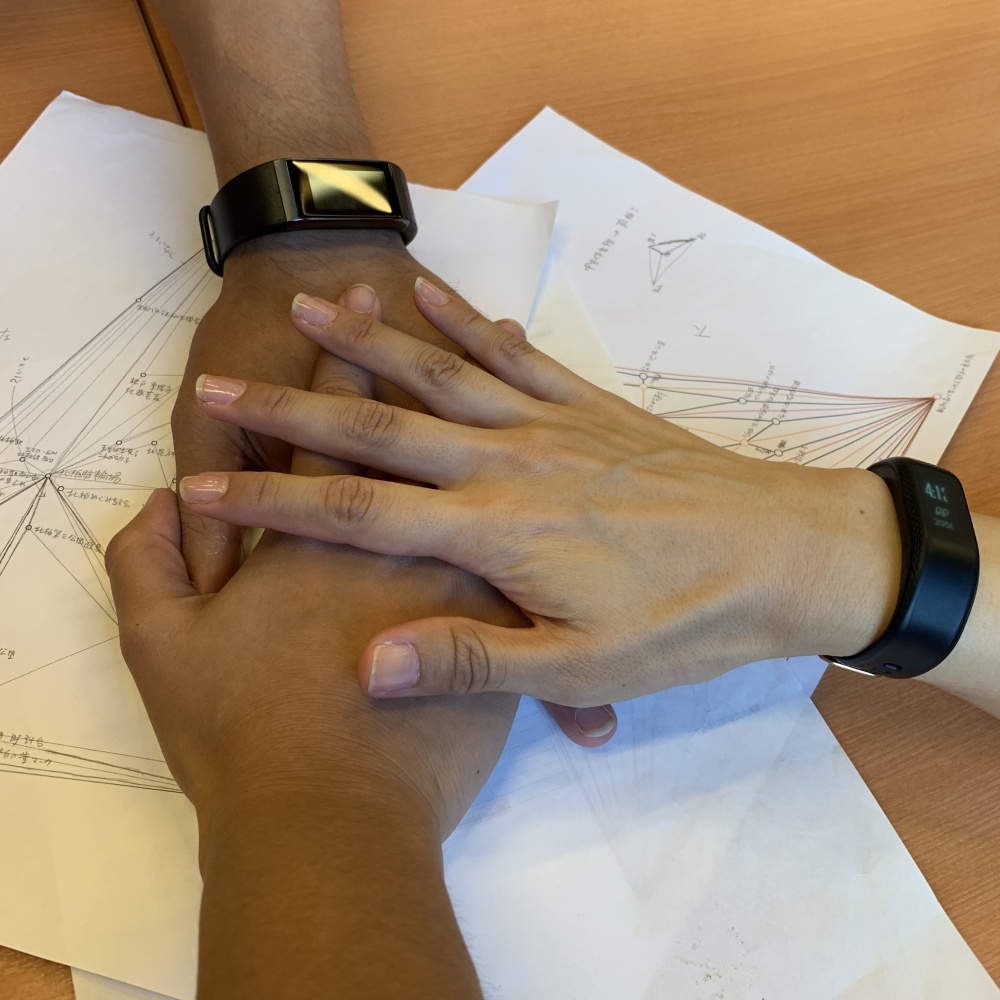