Aggregate statistics from a sample of Field Test sites

These are aggregate statistics from a sample of 8 Field Test sites, a range of large and small sites, representing 993 agents. I don't have total numbers of participants but I feel this is a representative sample.

These are all the non-zero statistics from each site. This will include some agents who were not actually on site and did not participate, but it is impossible to work out who. Some of the very low end figures could be ignored but I have left them as is. If the non-participating agents could be excluded, all the metrics would be pretty close to the bell curve. 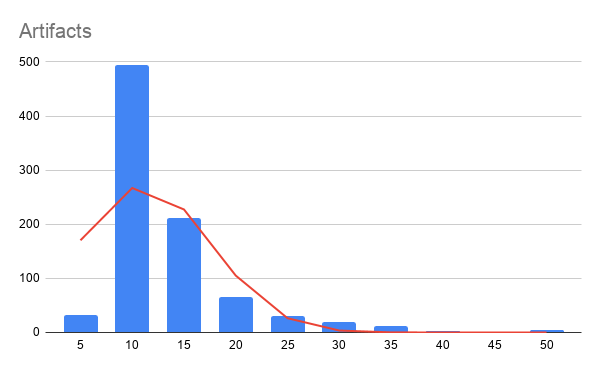 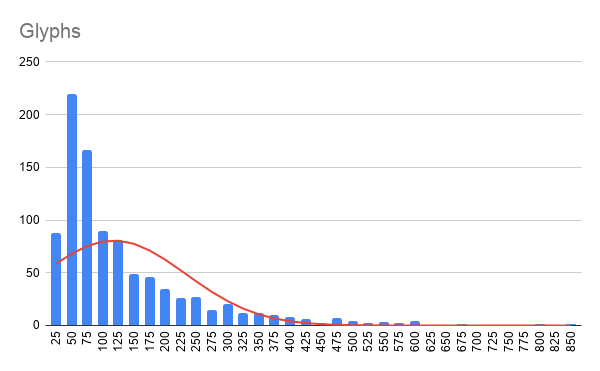 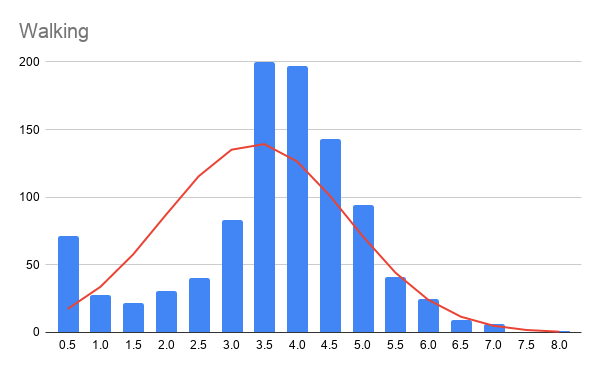 While Hexathalon was intended to test the limits of the system, it is clear the majority of agents met or exceeded the set tasks. Should the event be run again with the same metrics, and if the system didn't collapse, I think these would be reasonable tasks to set:

Slightly more challenging but achievable by the majority. However I would allow a little more time, say 3 hours in total.

Whatever the tasks, there will always be a long tail and some extreme outliers.