Are there new texts of mails about reject?

Hi all! I've got mail about reject with following text:

Your Portal nomination has been reviewed, and we have decided not to accept this candidate.

Your nomination is rejected due to the following reason(s):

Note that we will not be overturning this decision. If you believe your New Portal nomination should have been accepted, we suggest re-submitting the Portal candidate after improving the photo.

Did anybody get something similar? Never saw that before 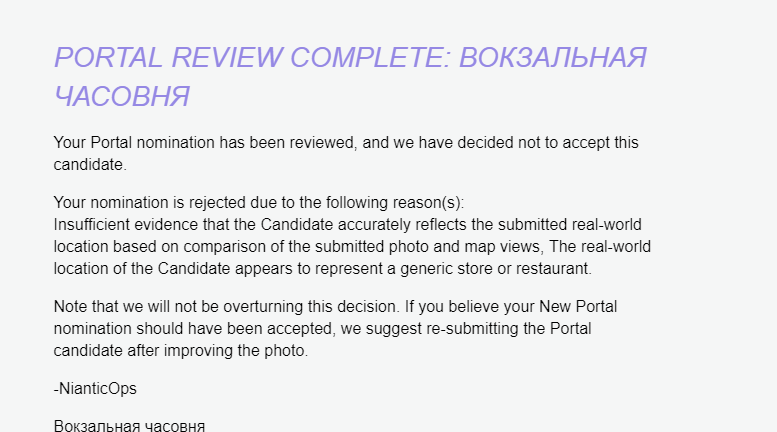