My Ingress journey started with the release of the scanner for iOS, just over 5 years ago. Throughout this journey, I've gone to some really cool places and discovered amazing hiking / biking spots that I would not have seen without this game. I've also found out that my favorite part of the game is putting together small operations that require several people to successfully complete. Being a part of a group of agents, some of whom have known each other for years, and others who have never met, getting agreement on a common goal, and then each playing their own indispensable role to complete a challenging op is always a unique and memorable experience. For me personally, there's a sweet spot... Big enough to be worth doing as a team, but not so big that it becomes unmanageable, "not fun," and unlikely to succeed. Living on the west coast of the USA, I always see Hawaii sitting out there, begging to be invited to the party. Making a successful Hawaii field can be quite challenging for several reasons, and those risks have generally discouraged me from attempting one. But as often happens, someone on the local team (agent BazookaGum in this case) came up with an idea that sounded crazy, and we formulated a plan to get it done!

Early in my second year of Ingress, our local team put together a plan for a Hawaii field, called it El Nino, and had an unforgettable time executing it, covering greater LA, OC, the IE, and Santa Barbara in several layers of enlightenment. I had no idea at the time how fortunate we were to get such a monster field done! However, none of the portals used were at all difficult to access, and so the field didn't last very long. This time around, we would try for a different kind of Hawaii field... One big enough to cover our local opponents, but not so big that it would require an army to complete. Also, this time, we would use harder portals so it wouldn't be so easy to take down. :)

So on Saturday August 3, 2019, a group of us set out to bag us a Hawaii field! After a good amount of hiking and biking in the summer heat, our throw team successfully made the first of two planned layers, with the support of ID0NTKN0W operating and several teams blasting away all the blocking links. That first layer is always a relief! Layer 2 would come a bit later, after some more hiking and biking and clearing. As on another recent op of ours, RES agent MickeyTheJay provided some excitement as he worked to prevent the second layer. But as before, we were able to get the lane cleared and pop that second layer up too! 5.6M+ MU for the two layers! The throw team headed back to their cars, and the clearers resumed their regular Saturday lives. Well, except for a couple of us who reloaded on gear by fracking a RES farm under the new field. ;)

I mentioned the hard portals, right? Well, that part of the plan panned out pretty well. The fields stayed up for 15 checkpoints, although we actually expected a longer run for them. The local smurfs proved to be more resourceful than we anticipated, and RA 007CapChino took out our southern anchor much to the team's surprise. A quick response by our San Diego crew resulted in the field being rethrown, with 3 layers this time, one for each ENL agent on site. After 15 more checkpoints, one layer was killed, followed by another 3 checkpoints later. As of this writing, the rethrown innermost field layer remains standing, with it having scored for a current total of 49 checkpoints over 3 cycles so far.

An interesting thing happened along the way here -- the start of some xfac dialogue where previously there was none to speak of. I'm glad to have made new contact with a couple of agents across the aisle. IMO, xfac discussion channels (and I'm not talking about public comm) are super helpful in heading off bad blood / suspicions / false accusations before they get out of hand. Just because you're talking to the other team, that doesn't make you a sympathizer or a leak or whatever. I've found that having a chat with folks on the other team is a great way to reduce toxicity, hard feelings, and "otherism" within the agent community.

Have fun out there, agents! And don't get ded!

Thanks to everyone on the team for your part in making this op a success!

Total checkpointed MU so far: 272.5M including the rethrow 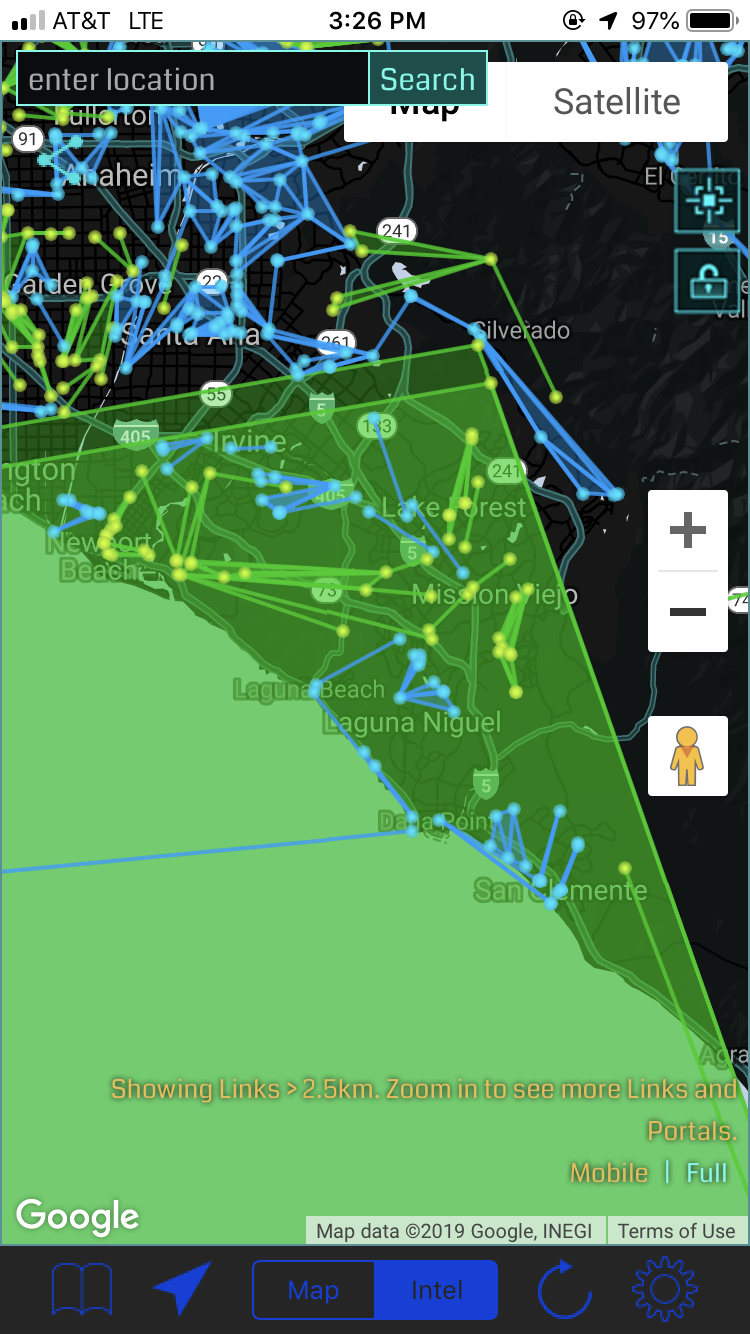