I did another castle trip in the Rhineland in Germany. This time I had the privilege to be accompanied by agent 54m .

Shortly after sunrise we climbed on the mountain Drachenfels (dragon‘s rock). It's a renowed romantic destination. 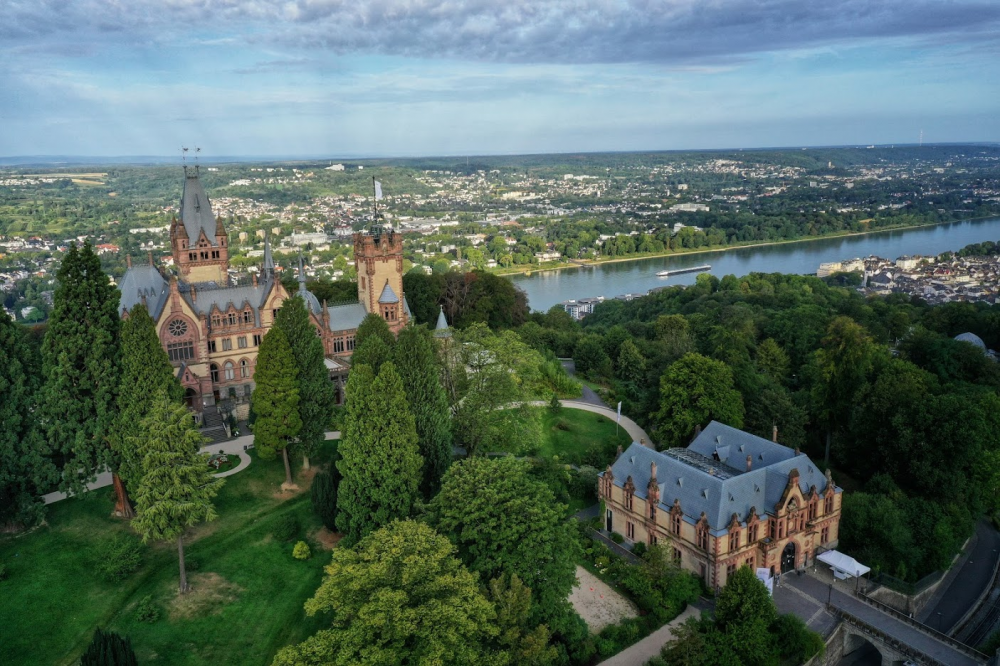 Several legends surround the Drachenfels, most famously that Siegfried – the hero of the Nibelungenlied – killed the dragon Fafnir, who lived in a cave in the hill, then bathed in its blood to become invulnerable. Hence, the hill is named the "Dragon's Rock".

This poem made the place more famous:

The castled crag of Drachenfels

Whose breast of waters broadly swells

Between the banks which bear the vine,

And hills all rich with blossomed trees,

And fields which promise corn and wine,

And scattered cities crowning these,

Whose far white walls along them shine,

Have strewed a scene, which I should see

With double joy wert thou with me! 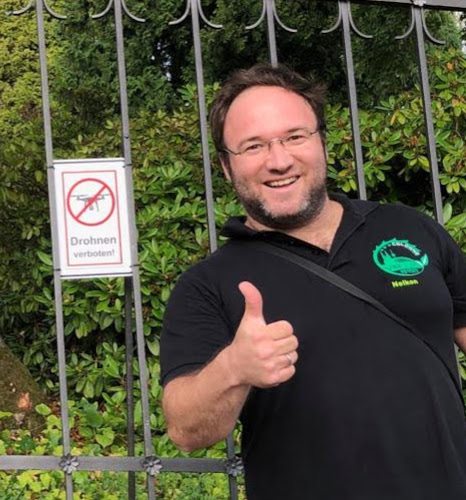 After this little hike and some pictures we, crossed the river Rhine. There we visited the magnificent water castles of Gudenau, Lüftelberg and Heimerzheim. They're unfortunately all private property and cannot be visited anytime. But the Ingress portals are fortunately in the front and with a very long selfie stick you can get some decent views: 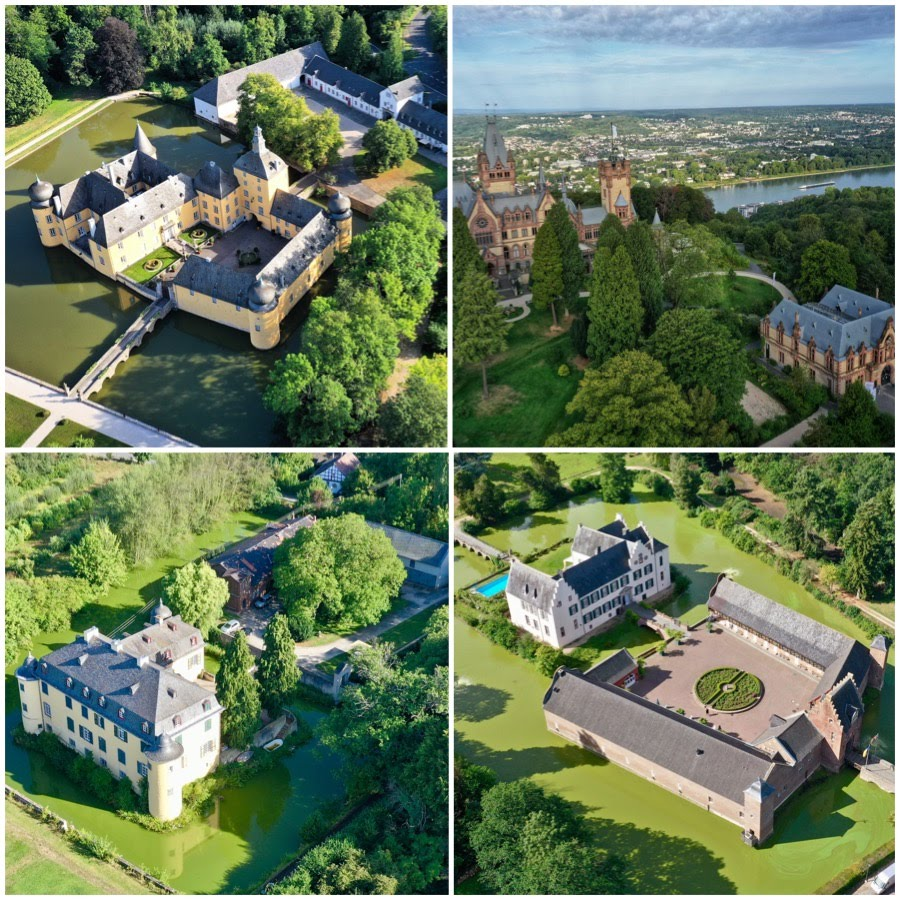 We even discovered that Morenhoven castle was yet „undiscovered“. Now it’s up to OPR to review the portalworthyness of a castle from the first half of the 13th century: 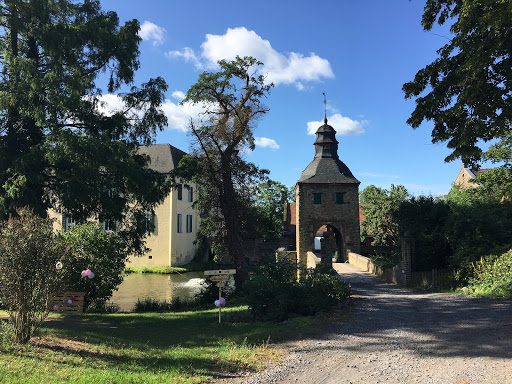 Our little key collection would be absolutely worthy to go into a souvenir key locker - if Ingress Prime just had one (hint hint). 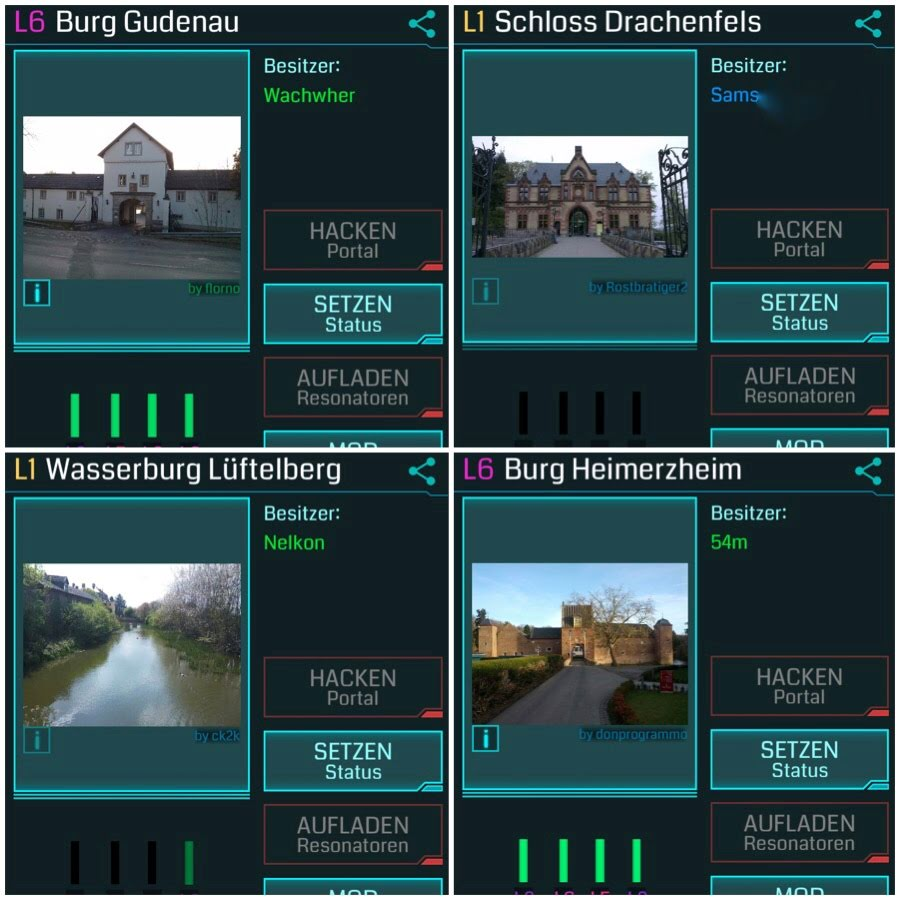 Later I visited the Cologne Cathedral, Germany's most famous building. There I thanked for the blessing that we live in an area with such a rich cultural heritage (not as part of our castle trip, but with my family).

If I lived in Australia I would also be in an awesome country but my first hand access to these places of living history would be very limited. 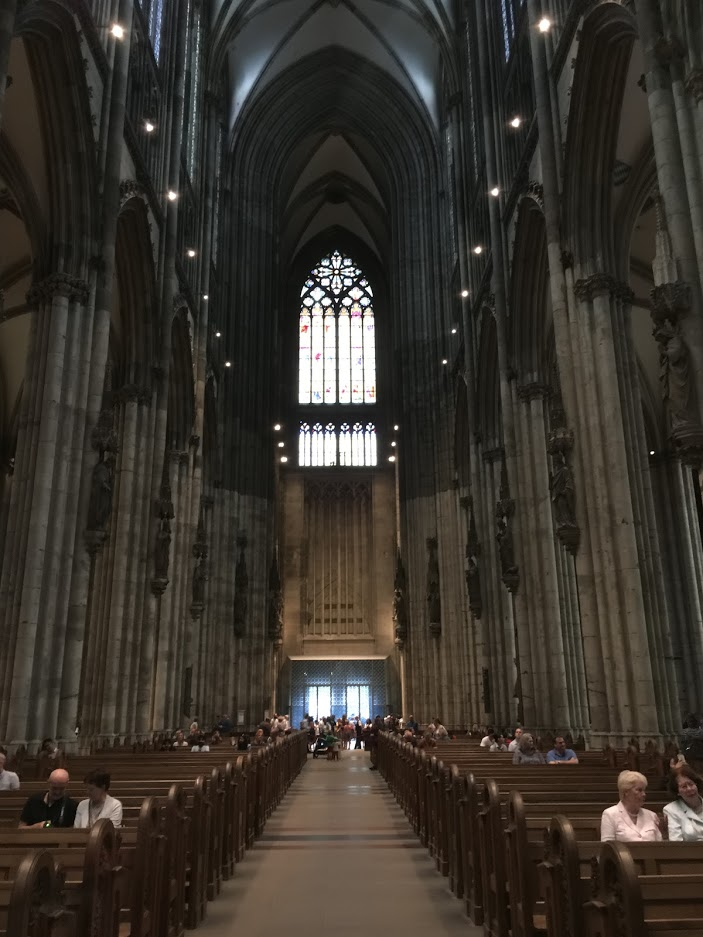 Our litte roundtrip in the Google Maps timeline: 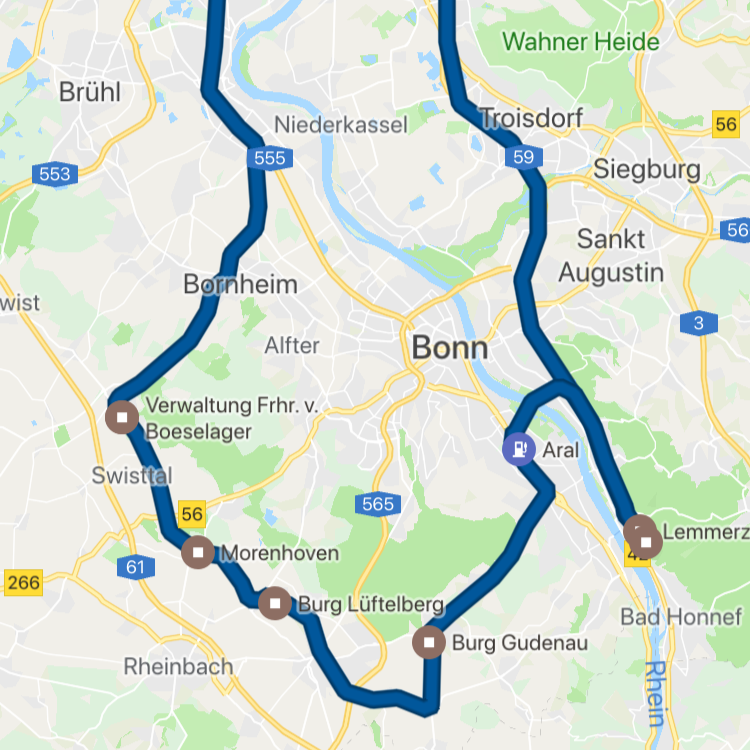 I can travel within an hour to places of our legacy where I can find portals from ages that go from the renaissance through medieval times, Roman ages, stone age and even all the way back to the pleistocene 400.000 years B.C. in the Neander valley.

With the Ingress scanner I have a powerful tool in my hand to highlight the artifacts of human civilization and to link them together in space and time. The holocene is an awesome time to live in. 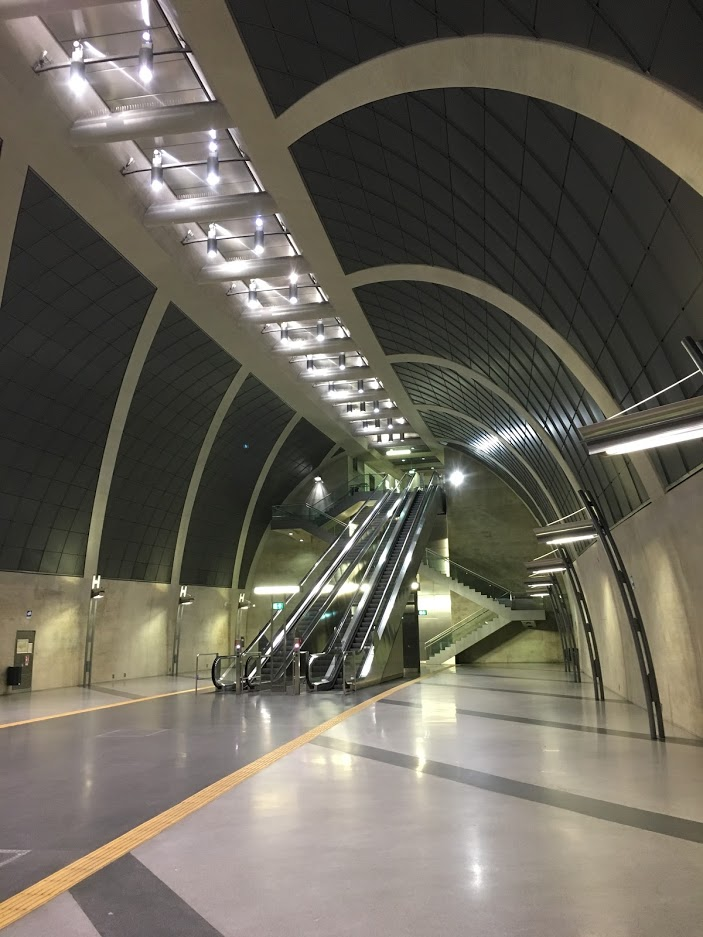 Subway station "Heumarkt" which has the Nickname "The Cathedral".  If I will ever make an Ingress fan-clip I would definitely choose this cool location as a set. But that's a totally different story...