Everyone knows the basic rule to ensure the best chance of success for any Ingress operation: conduct it at night, while most agents of the opposite faction are sleeping. That’s too easy. Let’s do an operation during Ingress prime time!

The basic idea of the operation was relatively simple: we would be creating a diamond-shaped multilayer in the Belgian region "De Kempen" in the province of Antwerp, with one anchor in the North in Hoogstraten and one anchor in the South in Herentals. The diamond shape was chosen because this region is historically known for its diamonds. On the Eastern side we had teams ready for fielding: one in Turnhout city, one in Arendonk and one in Reusel (in The Netherlands). On the Western side we had two teams ready for fielding: a team in Oostmalle and a team in Wijnegem. However, we would be conducting the operation during Ingress prime time: between 20h and 21h in the evening on Tuesday 6th October. Due to the location near the Belgian-Dutch border we decided to make it a joint operation of Wolves and Lions.

Clearing went very well and by 20h25 most of the clearing was done, except for the block links originating from the known home portal of RES agent Wizzy01. Agent Wizzy01 was certainly at home and alert, as she had been **** long links from her home portal during the clearing. The situation was critical: once the first field from Turnhout was completed RES agent Wizzy01's territory would be covered by a field and she would be rendered harmless, but if she managed to recapture her home portal in time she would be able to start throwing block links again, ruining the Eastern half of our operation.

A fierce battle for Wizzy01's home portal ensued, with the goal of delaying her recapture as much as possible. ENL agents Ukkepukkie and Josehoo fought valiantly against RES agents Wizzy01 and porto35, stalling the recapture for over 10 minutes and taking the portal down again once it was captured. I would like to pay my respects to RES agents Wizzy01 and porto35, they really gave us a hard time there.

After this fight the Eastern side of our multilayer could start fielding as well, and we were starting to see a nice multilayer appearing on both sides of the link between the anchors. We anticipated some delays and the final fields were completed by 20h59, as planned: right in time for the 21h checkpoint. Our final count was on the Western side 2 layers in Oostmalle and 4 layers in Wijnegem, and on the Eastern side 14 layers in Turnhout, 5 layers in Arendonk and 1 layer in Reusel (The Netherlands), totaling over 760 000 MU. 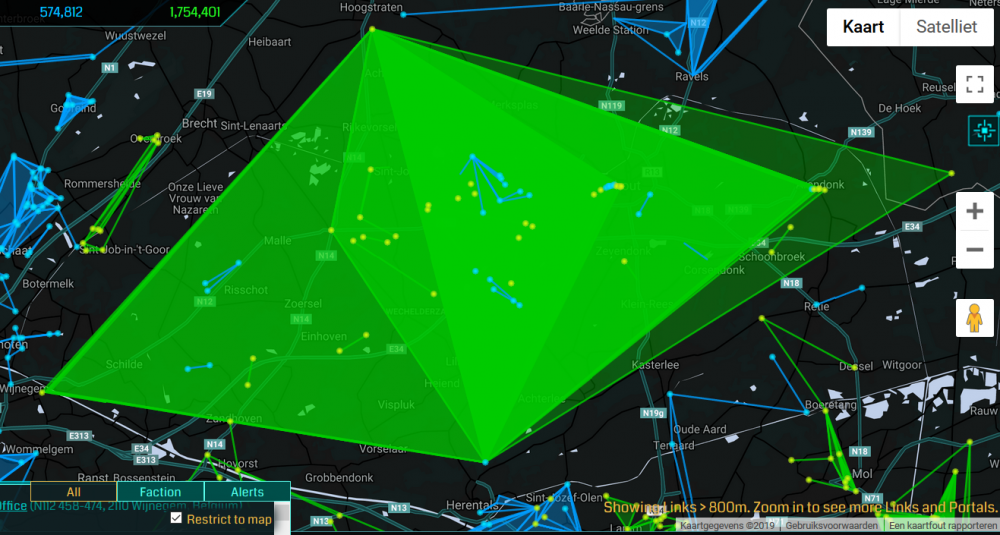 After the operation, Team Wijnegem invited us to join them for drinks to celebrate: 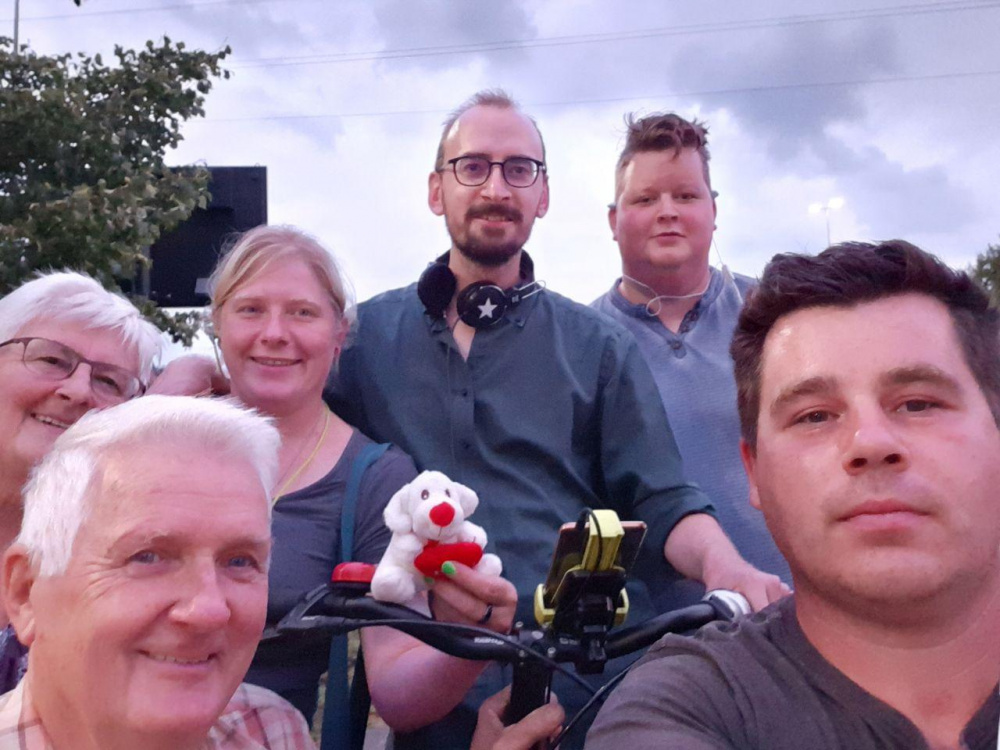 We all had a great time and are eager to try again. Join the pack at https://enlightenedbelgium.com/ in the fight for Antwerp, the world’s diamond capital, during the Antwerp Anomaly on October 12th 2019! The Wolves of Belgium are ready. 😎