I often have the Problem, that the caching of game data is corrupted. In this case the badges are not shown correctly. Also the avatars of other players seem to vanished. This should not be a totally new and unknown Problem.

For example, the following image is showing a normal player profile: 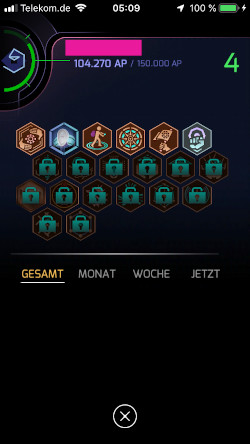 But sometimes the cached data gets some kind of damaged. The profile than looked like that: 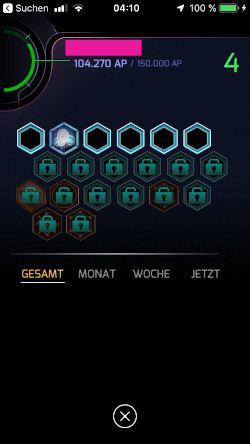 My main problem is not, that this happens from time to time. Errors happen. The most annoying thing is, that the only solution for this right now is to reinstall the client. On android devices exists the function to clear app data. On iOS there does not exist a similar functionality. So I have to delete the whole client and install it all over again.

Because of happening multiple times a week, the temporary solution is extremely annoying and an absolute no go for many players. Of course would it be perfecct, if this failure does not exist. But because of bugs can always happen, it would be a great help if Ingress would be able to clear its own cached data on demand. In this situation I than could simply clear the ingame data (approx. 50 mb or something) instead of reinstalling the whole game (approx. 300 mb).