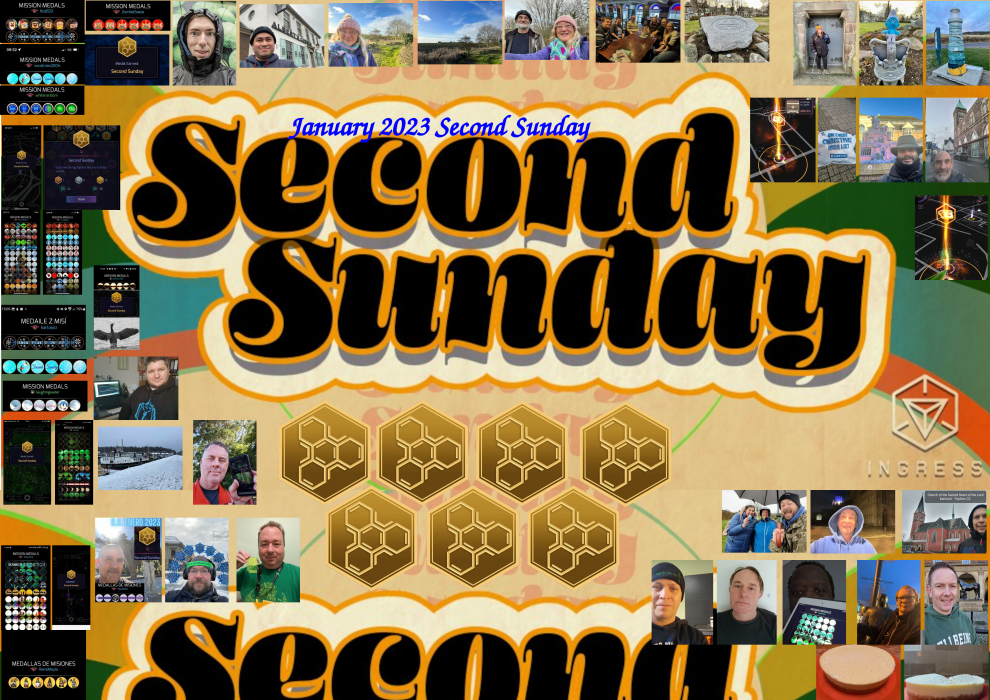 January Second Sunday saw agents fortunate enough to have participated every month earn a much-appreciated Gold medal. Agents had fun doing missions for the badge increment, despite some very wet weather in the UK. The Second Sunday group, with members from several different countries, shared their stories and banners done, as well as some troubleshooting. 58 agents (32 RES, 26 ENL) uploaded their stats to the bot created by DhrMekmek for some friendly competition, chalking up 466 km walked and 513 unique missions completed. Between us we visited 784 unique portals, earned 10.6 million AP, had five level ups and recharged an amazing 26.1 million XM.

This month First Saturday and Second Sunday happened on the same weekend! Agents had fun participating in both events but now appreciate some time to recover before next month 😊