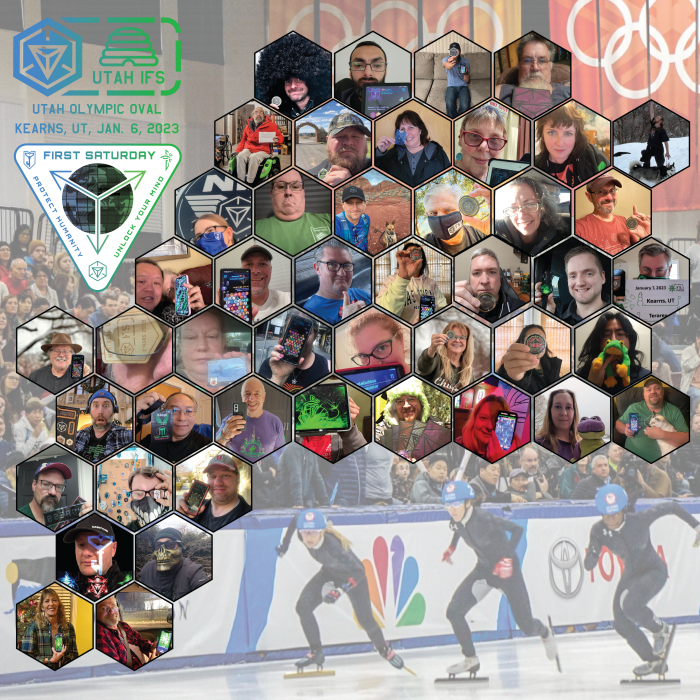 Each month our Utah First Saturday visits the location of one of the amazing events that take place in this great state. For January we celebrated Utah's winter outdoor recreation opportunities with a visit to one of the premier ice hockey and speed skating venues in the state.

The Kearns Olympic Oval, located in Kearns, Utah, is a world-class speed skating facility that was built specifically for the 2002 Winter Olympics. It is home to two Olympic-sized ice rinks and has played host to numerous national and international speed skating competitions and ice hockey games.

In addition to being a premier training facility for elite skaters, the Kearns Olympic Oval is also open to the public for recreational skating and offers programs and lessons for those interested in learning how to speed skate.

The facility is a testament to Utah's commitment to winter sports and its rich history in the state. Winter sports are a beloved pastime in Utah, with both ice hockey and speed skating being popular choices for both recreational and competitive athletes.

Ice hockey is a fast-paced and physically demanding sport that is played on an ice rink. It is a popular choice for both youth and adult athletes in Utah, with numerous ice rinks and organized leagues throughout the state. In addition to traditional team play, many individuals also enjoy participating in pickup games or practicing their skills at public skate sessions.

Speed skating, also known as long track speed skating, is a thrilling sport that involves skating at high speeds around a long, oval-shaped rink. Utah is home to several Olympic-sized speed skating rinks, making it a great place for both beginner and advanced skaters to hone their skills. The state also has a rich history of producing world-class speed skaters, with several Utah natives competing at the highest levels of the sport.

In addition to these popular winter sports, Utah also offers a wide variety of other outdoor activities such as skiing, snowboarding, and ice climbing, making it a perfect destination for winter sports enthusiasts. Whether you are a seasoned athlete or just looking to try something new, Utah has something to offer for everyone.