Ingress has been behaving strangely for me recently, and I'm wondering if anyone else has seen this behavior. I live in a dense urban area and typically I see dozens of portals when I open my scanner, but sometimes I get teleported to some random location which is often far away from where I am. Right now the scanner thinks I'm 55.6 km from my actual location. PoGo shows the same thing. Eventually I'll bounce back home but sometimes I keep jumping between home and the Random Nowhere du Jour for a while.

If I fire up Google Maps it shows my location accurately every single time.

Sometimes I'll figure out where Niantic thinks I am by looking at the distance to three different keys then drawing circles to see where they overlap. I live in Oakland, roughly at the blue pin, and right now Ingress has me somewhere southwest of Petaluma. Sometimes I can identify the location because there are portals visible, and on one case I found myself in the bay near the San Leandro marina, but there have been quite a few locations that I haven't identified. I know this has been happening since at least July, because I have a chat log of being teleported to Livermore on that date.

I'm using a Pixel 6 Pro and T-Mobile, and the latest Android release (unmodified).

Has anyone else seen this behavior?

Screenshots below: The view from my scanner for tonight's teleport, where the three circles overlapped and a (slightly fuzzed) blue pin for my actual location, the pin for where Ingress thinks I am. 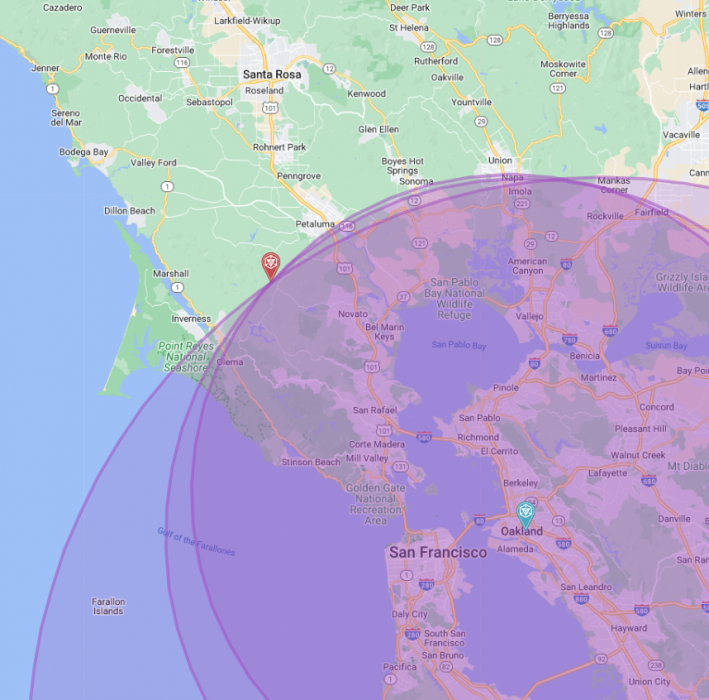 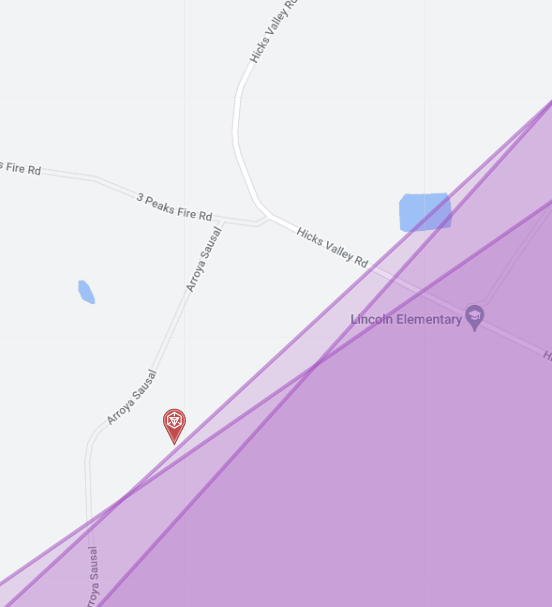