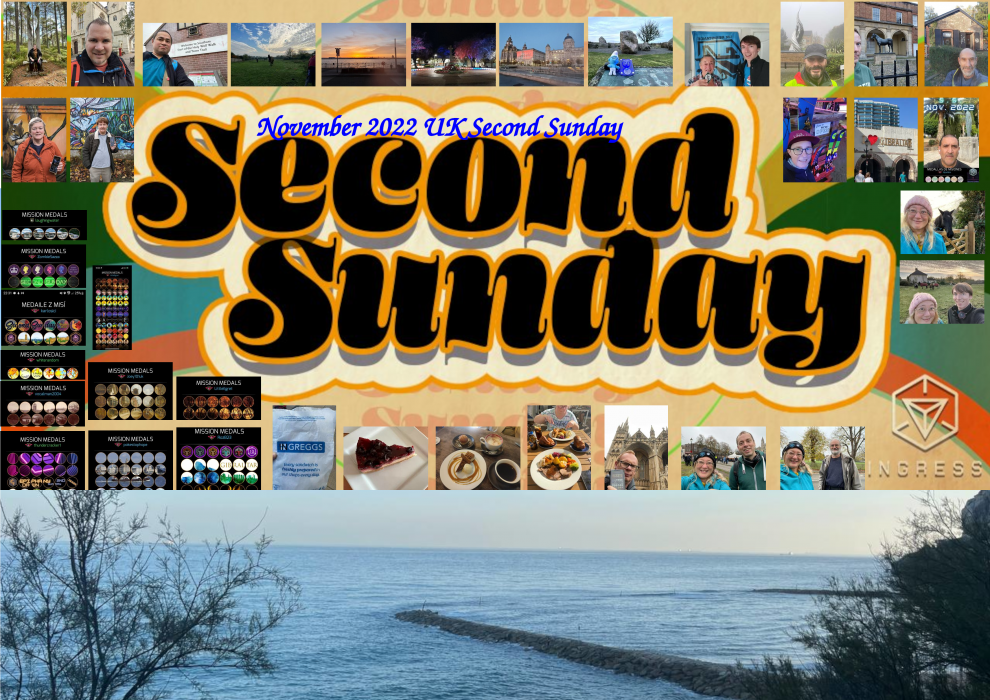 As Second Sunday began, agents were keen to add an increment to their Second Sunday stat. Agents in the Second Sunday Telegram chat shared with each other their experiences of Second Sunday, places visited and the missions they accomplished. Some agents were able to meet up and do missions together too. Photographs shared suggest that much cake and other food was enjoyed.

The day also began with reports of the mysterious red faction. The group reported sightings, curiosity and observations of its behaviour. What could this strange phenomenon mean?

We had 43 participants who joined in the informal Second Sunday competition, uploading stats and selfies using the bot from DhrMekmek. The ingress year 10 double ap event saw some staggering ap gain this month. We also noticed that the top three agents for XM Recharged were responsible for 47.4% of total recharge, and one agent was responsible for 93% of all MU captured in the competition.

We enjoyed Second Sunday and look forward to the next one. Thank you to all the mission creators who help make this aspect of ingress so enjoyable for us.