Each month our Virtual First Saturday location in Utah has moved to a spot in this great state where one of the many unique events takes place each year.

For the month of November, however, we're focusing on a series of events that take place every fall and winter here in Utah – Utah Jazz basketball games. 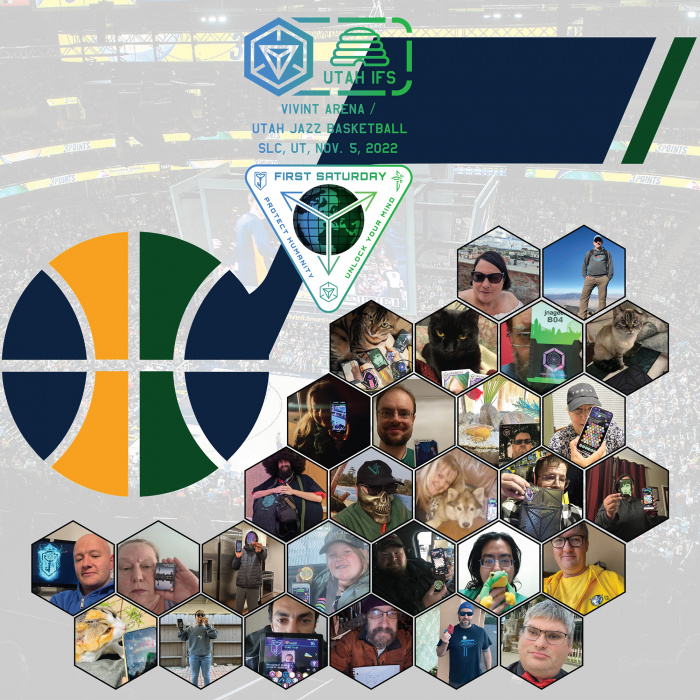 The Utah Jazz is Utah's only major professional sports team and is nearly universally loved by the majority of Utahns.

The Jazz competes in the National Basketball Association (NBA) as a member of the league's Western Conference, Northwest Division. Since the 1991–92 season, the team has played its home games at Vivint Arena. The franchise began play as an expansion team in the 1974–75 season as the New Orleans Jazz (as a tribute to New Orleans' history of originating jazz music). The Jazz relocated to Salt Lake City prior to the 1979–80 season.

The Jazz was one of the least successful teams in the league in their early years. Although 10 seasons elapsed before the Jazz qualified for their first playoff appearance in 1984, they did not miss the playoffs again until 2004. During the late 1980s, John Stockton and Karl Malone arose as the franchise players for the team and formed one of the most famed pick-and-roll duos in NBA history. Led by coach Jerry Sloan, who took over from Frank Layden in 1988, they became one of the powerhouse teams of the 1990s, culminating in two NBA Finals appearances in 1997 and 1998, where they lost both times to the Chicago Bulls, led by Michael Jordan.

Both Stockton and Malone moved on in 2003. After missing the playoffs for three consecutive seasons the Jazz returned to prominence under the on-court leadership of point guard Deron Williams. However, partway through the 2010–11 season, the Jazz began restructuring after Sloan's retirement and Williams' trade to the New Jersey Nets. Quin Snyder was hired as head coach in June 2014. With the development of Rudy Gobert and Donovan Mitchell into All-Stars, the Jazz launched themselves back into title contention, eventually earning the league's best regular season record in the 2020–21 season.

While the 2022-2023 season was predicted to be a difficult one for this young and rebuilding team, the Jazz has come out to a surprising start - currently, they have a record of 9-3 and are in first place in the NBA's Western Conference!