Today I will explain how the competition is conducted in the distant Far East island nation of Japan. 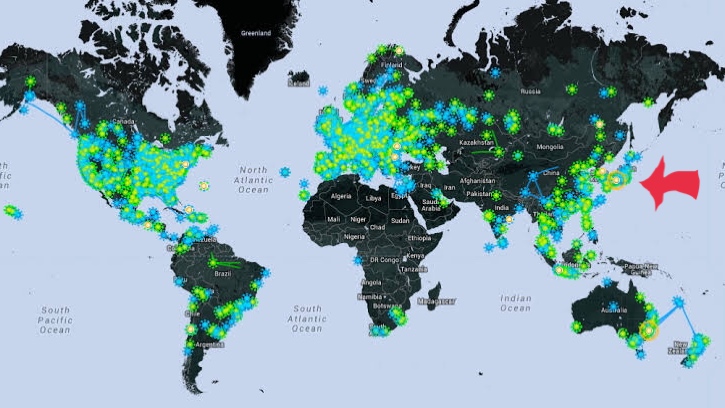 I am one of the 40 or so XM Ambassadors (XMA) who are the official ambassadors of Ingress around the world.

In Japan, there are about two Vanguards, who are also official volunteers, and three XMA.

First, let me explain the current situation in Japan. Japan is the country where Niantic has its local subsidiary and has the second largest number of agents and portals in the world after the United States.

Therefore, every Anomaly event is always held somewhere in Japan.

While Japan is such a comfortable place for enlightened people, there is one area where the resistance is very strong. That is the area where I live, Hokkaido. 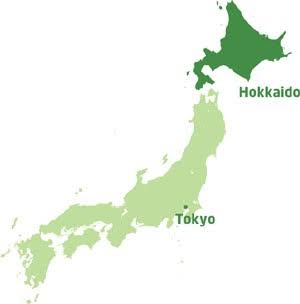 Hokkaido is an island in the north of Japan. It is about the same size as one of the European countries. 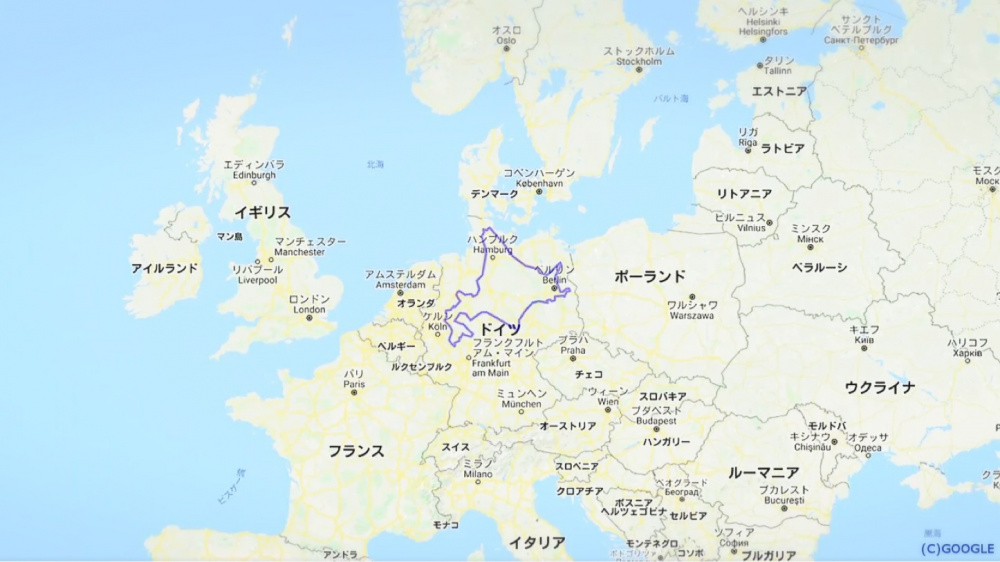 In this Hokkaido, there is a strong resistance community called North Blue. They are my enemies.😄

In 2022, official Battle Beacon matches were held in Hokkaido in January, February, April, May, and June. It was so frequent that agents who lost items and energy requested Niantic to reduce the frequency.

However, since no shard battles had yet been held, volunteers at Super Position Anomaly ran for office and Otaru City, Hokkaido, was chosen as the venue.

There are many excellent swag makers among Japanese resistance agents. Hokkaido is a very high hurdle for agents from other regions, as they have to travel by plane. So, to encourage travel, great cards are distributed. It says: "Come here to eat good food. Let's drink beer together, let's win together, let's have fun together."

Incidentally, the new coronavirus is still raging in Japan. However, most of the population has been vaccinated and 99% of the population has not yet taken off their masks. Cities in Japan have not been sealed off, but some companies are still restricting travel. And there is still an atmosphere that does not encourage much travel. While not impossible, it is difficult to call for abnormalities from all over the country.😢

Now, the anomaly in Otaru, Hokkaido, was expected to be the dominance of the resistance.

Of the five Battle Beacon battles this year, the Resistance won four of them in Hokkaido. Battle Beacon battles are known to be won by the larger number of participants to the faction. However, this year's Super Position Anomaly will feature shard battles. Enlightened faction in Japan is the best at shard battles. And many IT engineers and strategists participated in this battle, aiming to fight for the advantage.

We flash-farmed to replenish our supplies. Soon the resistance agents spotted it and attacked our portal. We dropped a capsule around the perimeter disguised as a key capsule for Operation Nova. 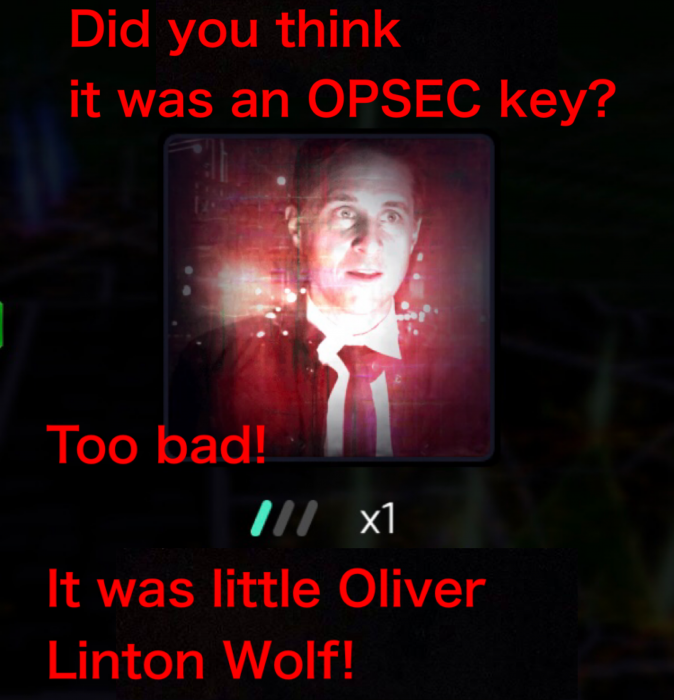 (It is the most impactful media I know of. I have a lot of these.)

So, what will the Resistance have in store for us this time? Normally, it is customary to do a nova at the same time as the opening of the game, or to tackle immunity as early as an hour before the game starts.

In the past, the opening simultaneous Nova for board control was often done in the center of the area. Shards would gather and link directly to the goal. Naturally, enemies would also gather and it would be difficult to protect them without immunity and to disarm them at a certain time. 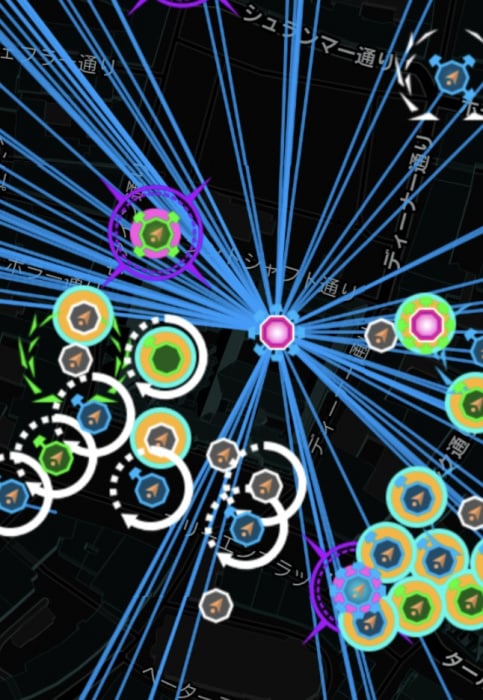 (↑Reference: Nova in the area at the time of the Munich Anomaly)

The basis of shard control used to be BAF (wide-area CF), but the situation has changed drastically due to a rule change that allows intra-CF linking. Due to the relaxation of the 8km link within CF at the time of an event, it is practically impossible to control a shard with CF. Therefore, the plan to control the area with a bunch of links like tearing with a claw is becoming the theory of both factions these days.

When using shard control in Nova, basically hard access portals in the distance or on top of mountains are free to decide when to reverse. The Resistance had been leaving log traces all over the hard-to-climb mountains and coast for several days, and the ENLIGHTENED side assumed that the Resistance was planning some kind of operation.

For example, there is a very small uninhabited island called "Candle Rock" which is famous in Hokkaido. You cannot swim there and there is no boat service. 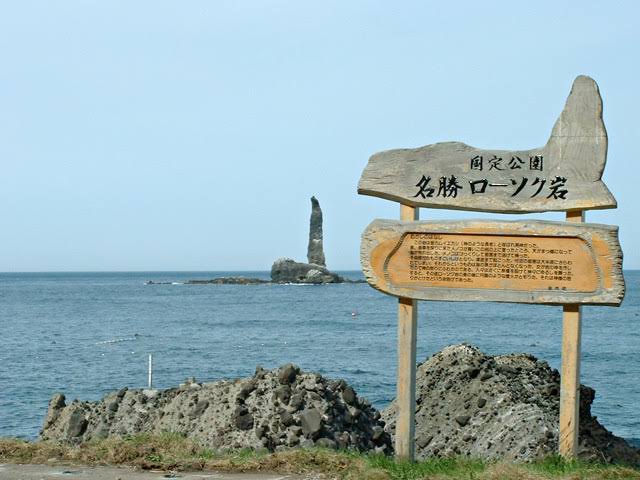 And before the anomaly event began, a prominent figure on the resistance side deliberately posted on Twitter an image of a climb to the top of a mountain and a golf course.

Incidentally, as a result, the starting point for Operation Nova by the Resistance was another mountain peak. But they really did use the golf course portal as a key point of operation. Mixing truth and lies is the basis of bluffing. However, it is impossible to imitate this because the ENLIGHTENED FACTION in Japan is very strict about information leaks. It is frustrating.

(↑In order to reach the "portal" of the golf course, the agent going there must play golf, but he cannot play alone. A total of two resistance members had to play golf. I wonder what their golf scores were: ......🤔)

13:00, an hour and a half before the start of the shard battle. A blue cage suddenly covers the heads of the enlightened agents who are getting into position. It was the area control nova that had unexpectedly started earlier than we had expected. The resistance had a plan after all. 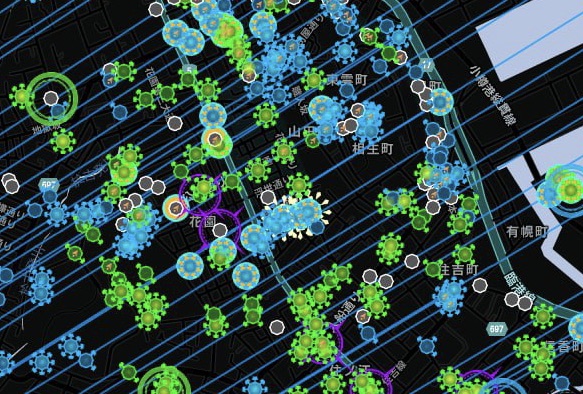 Nova's starting point is at the top of the mountain, and the link extends 120 kilometers across the ocean to near the center of Hokkaido. This is a tough situation for ENLIGHTENED agents. 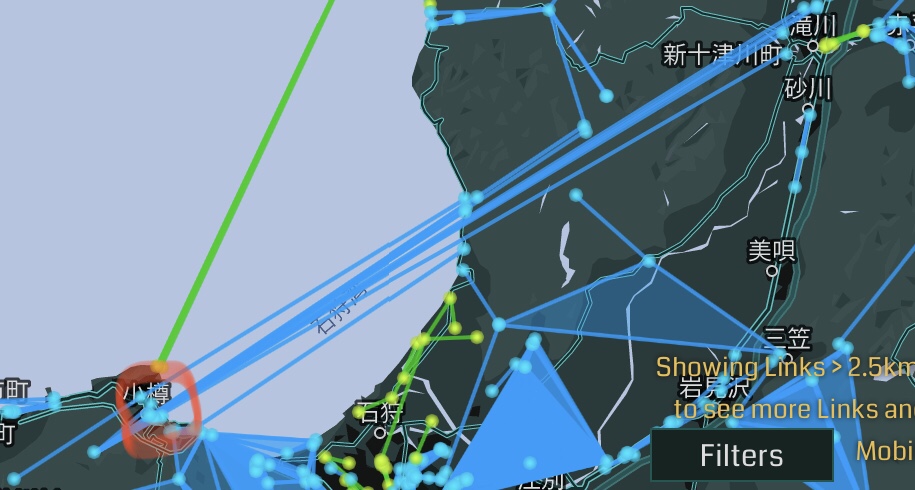 Considering the immunization time when the Jarvis virus was used, I would have expected a major move on the part of the resistance as early as an hour ago...

Coincidentally, in an anomaly going on at the same time in another part of Japan, we also heard that the Resistance had launched a similar claw nova at the same time. Don't tell me that the resistance is starting to coordinate on a national scale...? This is bad. (Until now, the Resistance seemed to be a completely decentralized society, with each region being led by a local clan...) 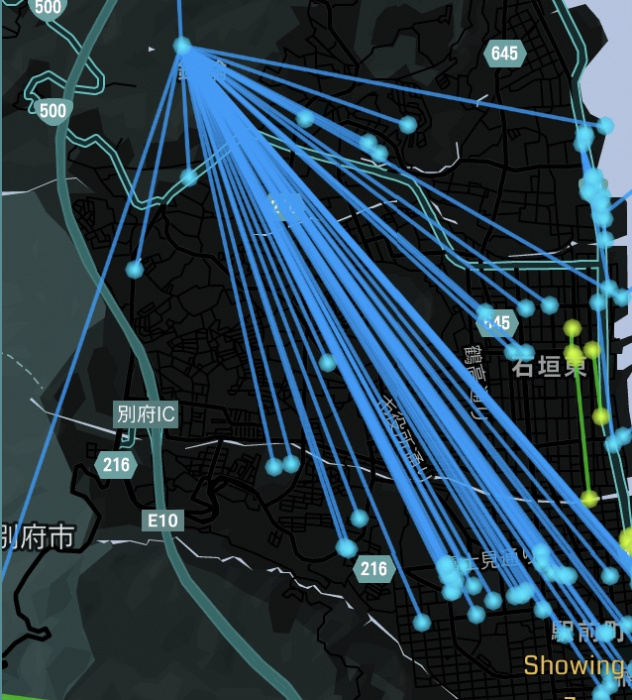 The entire anomaly area of Otaru in Hokkaido has been gouged by numerous blue crooks, and even if the shard appears later, no links or anything else will be possible.

Long blue links increasing in number from near the center of Hokkaido on the other side of the ocean. Beyond them are the logs of the resistance people I know. Their faces flashed. They did it.

Candle rock is still a mislead.

Is it possible to unlock the Nova on the summit by ENLIGHTENED?

What is the intention of this "clawed nova" carried out by the resistance?

Perhaps because ENLIGHTENED agents had little experience on the side of the preemptive suppression in Japan, they felt tremendous stress in a situation where the enemy had suppressed the situation and it was difficult to disarm it. In the past, when the "Darsana Tokyo" anomaly occurred, the entire Japan was sunk by a green widespread CF as soon as it started. I could understand how the resistance felt at that time. Breaking the morale of the local agents on the affected side is a corollary of the operation to seize the substrate. 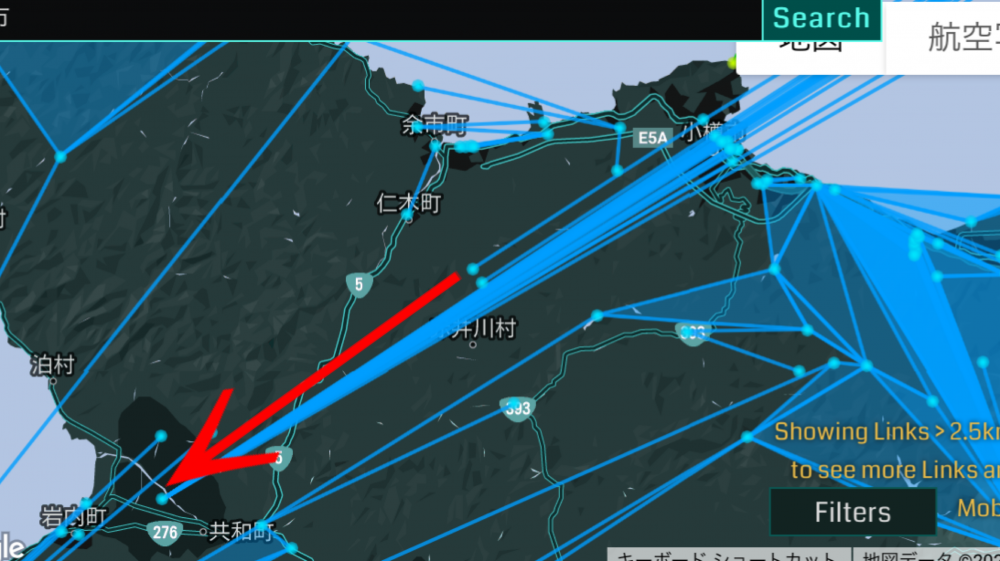 At 14:30, a shard target (the goal of the shard) appeared. I was in the area where the target would probably appear beforehand, but I confirmed the target on my side further up the hill than I expected. I rode an electric bicycle for the first time and it was really comfortable. I climbed up without any trouble and arrived in front of the gate of Sensoji temple of the Tendai sect. Digging furiously for keys.

At 14:40, a shard appears. I notice that before I know it (on the scanner) the sky is clear. Did the resistance disarm Nova? Or was the ENLIGHTENED raid successful? From the south side of the area, the enlivened board-controlling nova is now launched. Perhaps the plan was similar for both factions. (For the sake of OPSEC/operational security, I cannot discuss this in detail.) 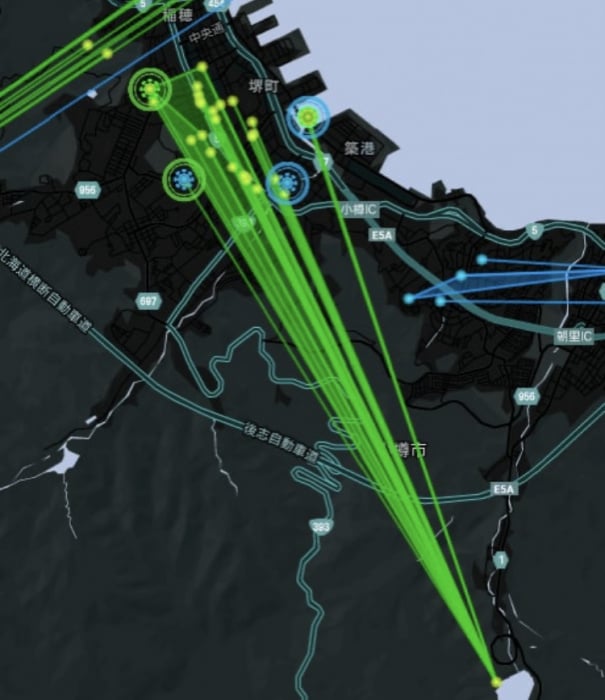 The rest of the time I ran around in shard fights so my memory is fuzzy. I'm so glad I rented an electric-assist bike.

I asked the owner of the bike rental store, "Today is the Pokemon Go event, right?" I was asked.

It seems someone gave a false explanation, but I'm sure they didn't mean to offend.

The bike rental store I rented from that day was sold out like never before.

Interval time exists in the middle of recent anomaly events. I always try to eat something sweet at the event site during the interval time. It is because I need it to win, and the reason that I like sweets is trivial.🤥

(↑"Dorayaki Soft Cream". Dorayaki is a favorite food of the famous Japanese animation "Doraemon". It's a pancake-like food. The white one is soft serve ice cream. There are many areas in Hokkaido where there are more cows than humans, and the food is very delicious. The black ones are adzuki beans. Traditional Japanese sweets made by boiling beans with sugar.)

At the end of the first half, we were winning the Shard battle with a score of 7 to 6. However, since the Resistance, outnumbered, would win the battle beacon, we thought that unless we won the shard battle outright, we could not even bring the entire anomaly to a draw. The Resistance, which has always been bad at shard battles in Japan, is doing very well in shard battles today. In other words, the Resistance had no intention of abandoning the shard battle by Nova from the beginning. They intend to win outright in everything against us.

In the second half of the war, the shard war had settled down and we were fighting desperately against the battle beacon.

I could not give up until the end to thank my comrades who had dug up the recharge keys and distributed them to their comrades in the country, as well as those who had given me the Aegis Shield.

In Japan, as in other countries, both factions organize communities for anomaly. I have heard that in Europe and other countries, the authority of operators is very strong. The Japanese operators are excellent, but they only support the grounders. In many cases, the local agent's judgment may be quicker than the operator's instructions. If you want to taste the difference, please join Anomaly in Japan.

Then all the battle beacons were finished, fireworks went off everywhere, and the anomaly was over. Enlitened's representative agent, the anomaly applicant, gave a speech thanking everyone for their support. Everyone went home feeling very good after having done what they wanted to do (some even went out for drinks).

A few days later, the results were known.

The shard battle was E7-6R

The beacon battle was E6-7R.

In other words, it was a tie.

Both people in the two factions were astonished at the unexpected results.

There are about 200 participants in Otaru, and I can't write the faction ratios here. But it is true that one side had more people. If only we had that one point! Or if we had more people! And. Various regrets were left in everyone's mind.

So a leading participant of the Resistance wrote, "One more time."

And if Resistance agents want to win anomaly, they should definitely go to Hokkaido.

ENLIGHTENED, if you want to experience a pinch, you should go to Hokkaido.

Incidentally, Hokkaido's catchphrase is "the land to be tested," which is also appropriate for agents of INGRESS. 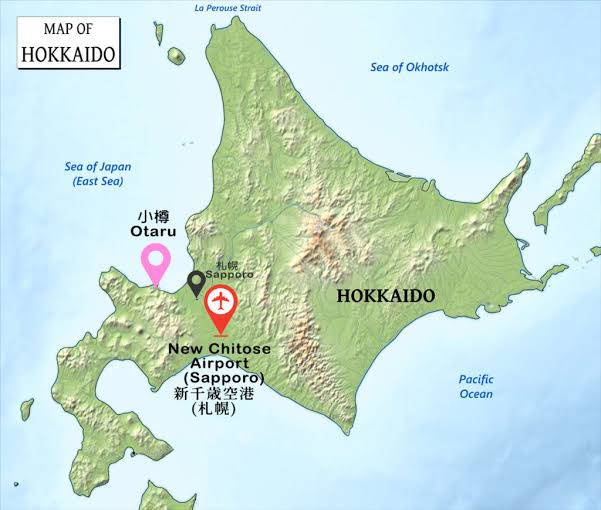