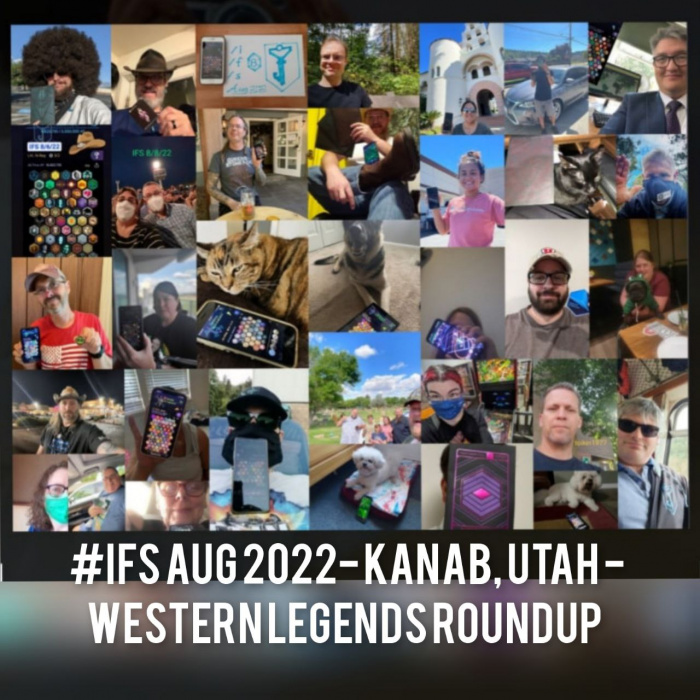 Every month we highlight unique events that take place in the great state of Utah. Join us on an upcoming Utah IFS as we travel the state and visit some amazing events!

This month, we featured the Western Legends Heritage & Music Festival in Kanab!

Kanab's moviemaking history inspired the Wester Legends Roundup and in prior years, many of the stars from the historic western shot in town would return for the event.

These days there are fewer and fewer of the stars from the old westerns still alive but Kanab’s Western Legends Heritage & Music Festival, has evolved to remember and celebrate our western heritage of old tough and true cowboys, movie history and the stars that come with, as well as music old and new that keep our western hearts alive.

As the years go on, many film producers sought out Kanab and surrounding Kane County as the perfect backdrop for their productions, using local cowboys and cowgirls for their heritage and talents. Even as you drive through our scenic highways and byways, or even an occasional back road, you can still see the remnants of days gone by.

The event will include a two-day battle of country and western bands called, “Country Battle USA.” There will be 6 bands allowed to compete, and $10,000 in prize money – winner takes all. The winner will perform during a street dance finale on Saturday night.

Don’t forget to join us for the wildest rodeo in all of Kane County! See tough and true cowboys continue in their western heritage with Bull Riding, Bare Back Broncs, Saddle Bronc, Barrel Racing, Jr Bulls, Peewee Steers, Mutton Busting, and Team Roping at the end of the night. Western Legends Heritage & Music Festival Rodeo will take place Friday, August 19, 2022 at the beautiful Kaneplex Arena overlooking Jackson Flat Reservoir and the glowing red cliffs of Kanab.

Kanab’s Western Legends Heritage & Music Festival will bring fun for all generations that share a love for the western spirit we hold so dear to our hearts.