Attention, there are such cheaters in both factions!

I will briefly describe the problem. Then I will give specific cases. There are portals that are almost impossible to destroy. And yet there are players who can destroy ANY, even a rechargeable portal in 1-3 seconds.

When I or one of my friends tries to destroy such a special portal, the invulnerability mode immediately turns on. And it doesn't matter if you attack during the day or at night (when everyone is asleep). I can go out in the middle of the night in a field where there is no one at all, and still such a portal will be charged, and not just charged, but it will not be possible to knock out shields from it, it will not be possible to remove a single resonator from it.

Here is a portal from a specific example.

On Saturday, my friend, agent Turbo0606, tried to take down this portal. 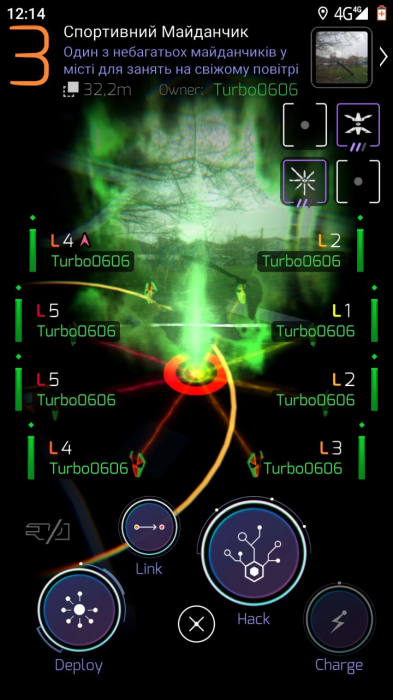 To destroy a level 4 portal with one aegis shield, was used 1 capsule of level 6 bombs, 1 capsule with level 6-7 bombs, and two full capsules of 7 bombs, 4 energy cubes went.

In parallel with this, many of us have home portals demolished before we have time to turn on the phone.

How long does it take to launch the game? On my Samsung with 4 gigs of RAM, it takes up to 30 seconds to start the game.

And where you immediately come to the portal sometimes without even showing up in the logs, the protection immediately begins. Not in 20-30 seconds, but instantly. Shields on such portals are unrealistically difficult to knock out. Why? Don't know.

Now there is another problem. There are agents who can destroy any shield in 1-2 seconds. Watch the beginning of the video.

In my town was portals with all the resonators in which there are 4 of the rarest shields, and so when such players arrive, even with the strongest charge by several players, the portal becomes gray in 1 second, and then, no matter what, resonators and modifiers are automatically installed in it . A human cannot move through the menu with such speed and react to a change in the game situation and set resonators and modifiers in less than a second.

What's this? Using third party modified clients or what? Why does it sometimes take several minutes to destroy enemy portals? Аnd our portals can be demolished in 2 seconds, regardless of the level of the resonators and the quality of the modifiers?

Dear developers, because of this, it is unrealistic to play. One level 4-5 portal takes a significant part of the inventory. Our, even the rarest shields are not able to delay such opponents even for 10 seconds. And this is not only for me, but for many players in different cities, around the globe.