Hi all, I want to share my story of completing the Niet Lullen Maar Hacken (No Talking Trash But Hack) over the past 2 weeks or so. The banner can be found here: https://bannergress.com/banner/niet-lullen-maar-hacken-8183 . The banner has 4155 Unique Portal Visits as of today and is 410 Bannergress kilometers (which means it is more in real life).

On May 20th, the news reached me that the banner would go offline at the 31st of December this year. Since I already planned to do a different megabanner during the weekends of Ascension Day and Whitsunday (Amazing Utrecht, https://bannergress.com/banner/amazing-utrecht-3f22), I switched up plans and started on this one instead. I was added to the XF Telegram group and from there the adventure could start!

My first day was on Wednesday May 25th. The first 6 missions were easy and short and were in a zoo called Diergaarde Blijdorp. As a kid, I liked the playground at the zoo more than the animals, and that tradition continues, albeit with a digital playground called Ingress this time. At 10 o'clock the zoo opened, and at 11 I was finished with the missions in there. It was time to jump on the bike and start going for the real missions. I first had to take the metro to the south west to go to a town called Pernis, and around 12:45 I was finished there. People started making comments if I was going for a speedrun attempt, and without knowing the record, I said "I'll probably break the record". Turns out the record was 9 biking days. Well, seeing the title, you probably already guessed that I broke it, but since you're still reading this, you're probably curious about the rest of the story, so I'll keep on telling it :) I was making steady progress on the bike, taking a lunch break and a dinner break, until I stumbled across a construction site near the end of the afternoon, with a nearly unreachable portal: 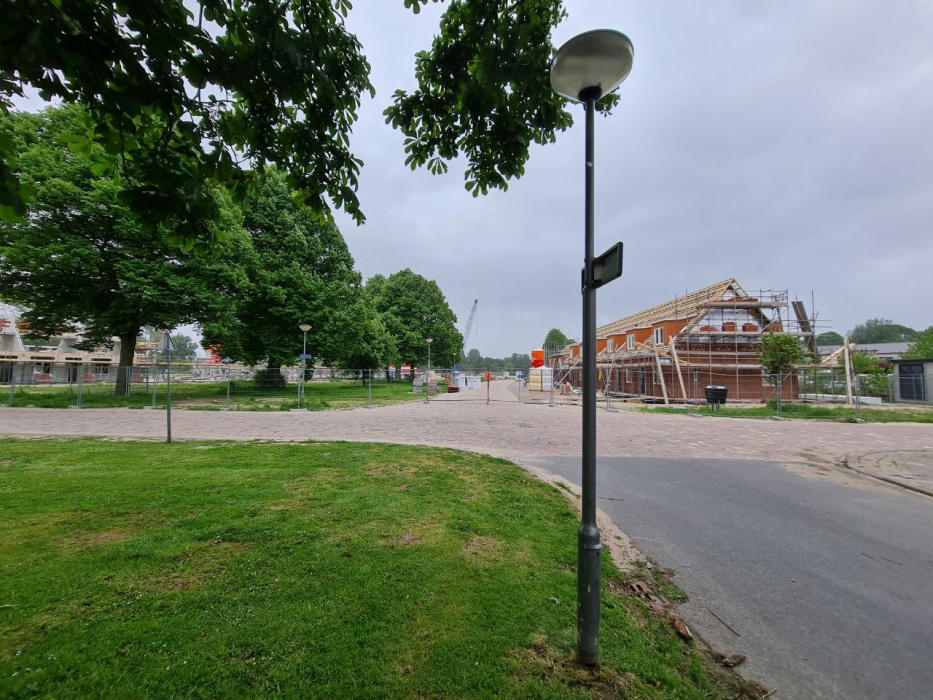 I biked around the construction site twice to find a way in, asked for advice in the group chat, and tried to get a lucky GPS drift in some bushes near a parking spot. Fortunately, after trying for at least 15 minutes, I was able to GPS drift from the bushes in the parking place for around 5 meters (I saw 40.3 meters so many times it wasn't even funny). I think it took me around 1 hour to hack this portal, but it was hacked fully legally. My reaction in the chat was appropriate: 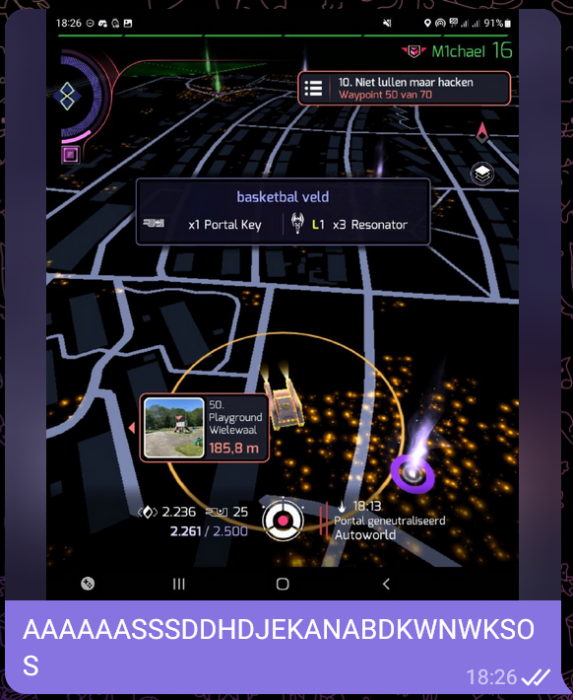 From there I was able to continue like normal. Well, normal... One hour later the chain came off my bike, which means I could no longer cycle. Welp. Since it was already late and I didn't really know how to put it back on, I decided to take a metro and go home. I ended day on on portal 41/56 of mission 11. This is my timeline for day 1: 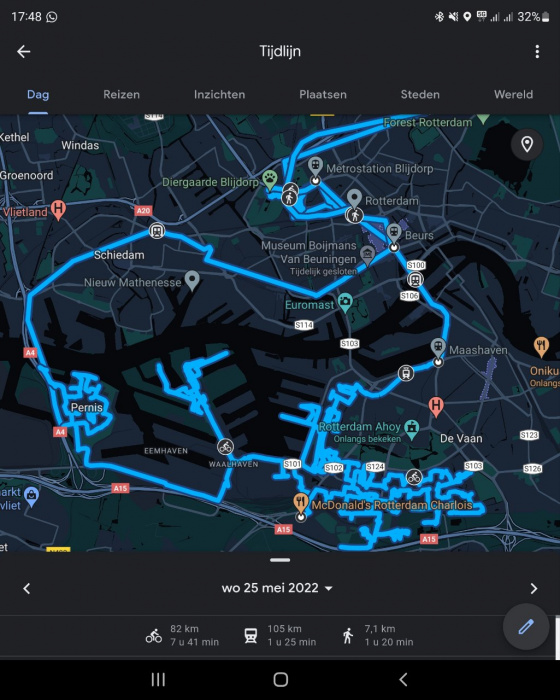 My second day was on Thursday May 26th. Since it was Ascension day, everything was closed, so I was not able to get my chain fixed. Therefore, I went to Rotterdam and rented an OV-fiets (public transport bike). It wasn't a very eventful day, but I did make quite a lot of progress on the banner, and I ended at the end of mission 19. This was my timeline: 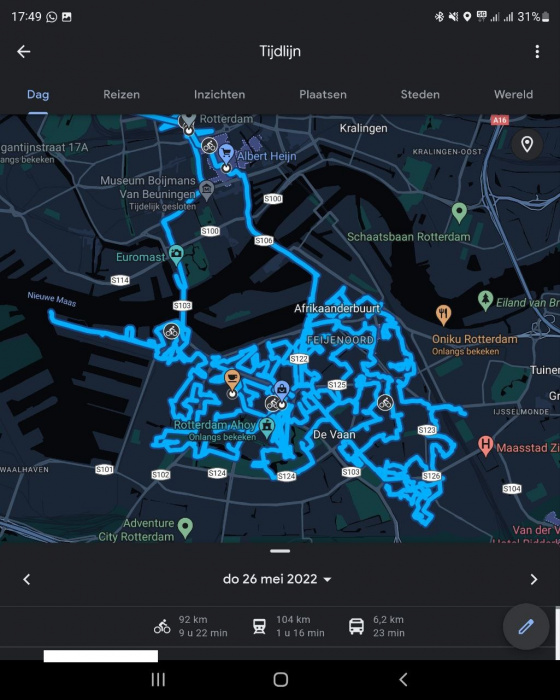 I took a break on Friday May 27th and made Saturday May 28th my third day. I got my bike chain fixed by a bike maker on Friday, so I picked up my bike on Saturday and went on the train to Rotterdam once more. My goal was to get over the Erasmusbrug, which was about a quarter through mission 27. People in the chat told me it was a relatively large milestone, as I wouldn't have to go to the south of Rotterdam after that anymore. I was at the start of mission 20 at the start of the day, and there were some relatively short missions coming up, so it should be doable. And well, at 7:43 PM I indeed crossed the Erasmusbrug,

I walked over the Erasmusbrug and enjoyed the winds over there as it was quite a nice milestone after a day of biking. I continued biking afterwards for another hour and ended day 3 at the end of mission 28. Once again, the timeline: 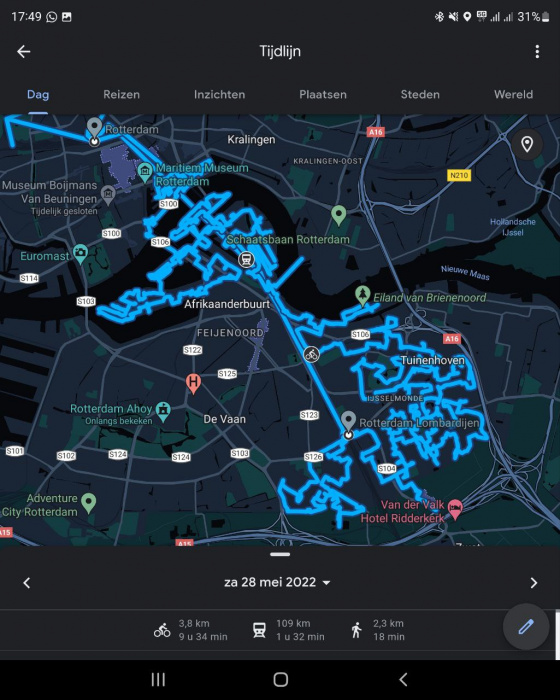 I continued biking on Sunday May 29th. Some shorter missions were apparently coming up, so it was time to make some progress. After biking for another rather uneventful day, I ended at the end of mission 38. The timeline: 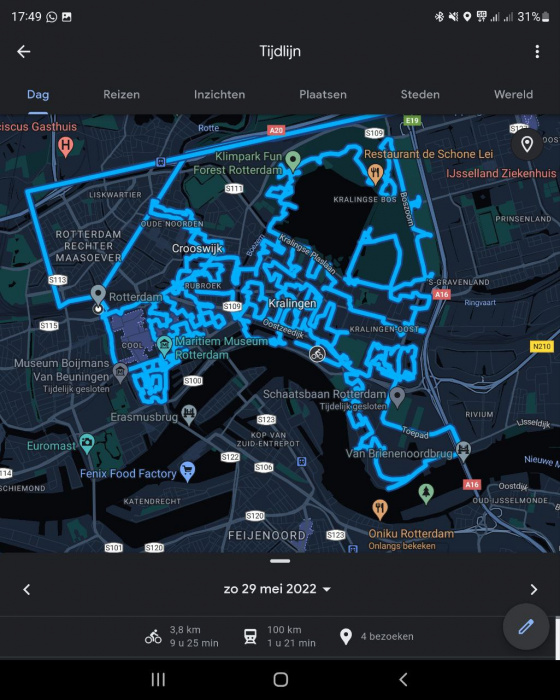 Welp, I had to work the next week, so I couldn't really make full days here. On Wednesday June 1st, I decided to continue with the banner right after work. After an uneventful day, I ended at the end of mission 48. Timeline: 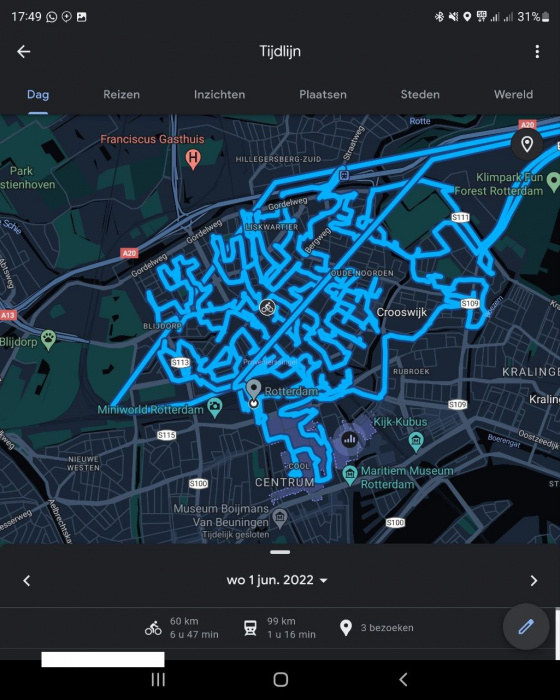 After continuing to work for a couple of days, I continued on Saturday the 4th of June. This day, a barbecue with some family was planned near Rotterdam, so I cut my day short around 3:30 PM instead of the usual ~9 PM. Other than some showers, the day was rather uneventful other than the barbecue of course. I ended at the end of mission 58. 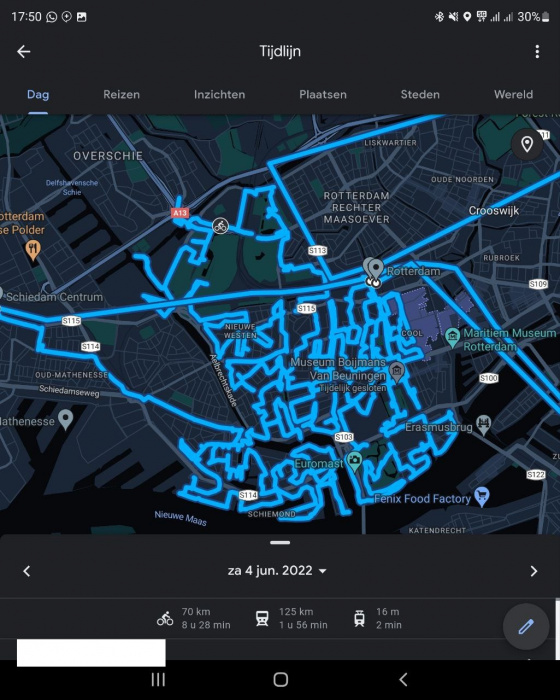 Unfortunately I had pain in my Achilles tendon the day after day 6, so I was forced to skip a day, and to continue day 7 on Monday June the 6th. I intended on finishing it on that day, and after biking and biking and biking, I did! I finished it around 5 PM, which means I broke the old speed record by 2 bike days, and then it was time to go home. I was very happy I had completed it. It's very difficult to describe the feeling, but you really have a feeling like you accomplished something big. This is what the banner looks like in the scanner:

And this is the timeline for day 7: I celebrated finishing the banner with a warm shower and some spareribs. I fell asleep around 7:30 PM, pretty much exhausted from all the biking and what not.

My thanks go out to the creator of the banner, agent BAZINGA010, for making the banner, and to all the people in the XF Telegram group who gave me helpful advice and encouragement while doing the banner. And also thanks to you for reading this SITREP.