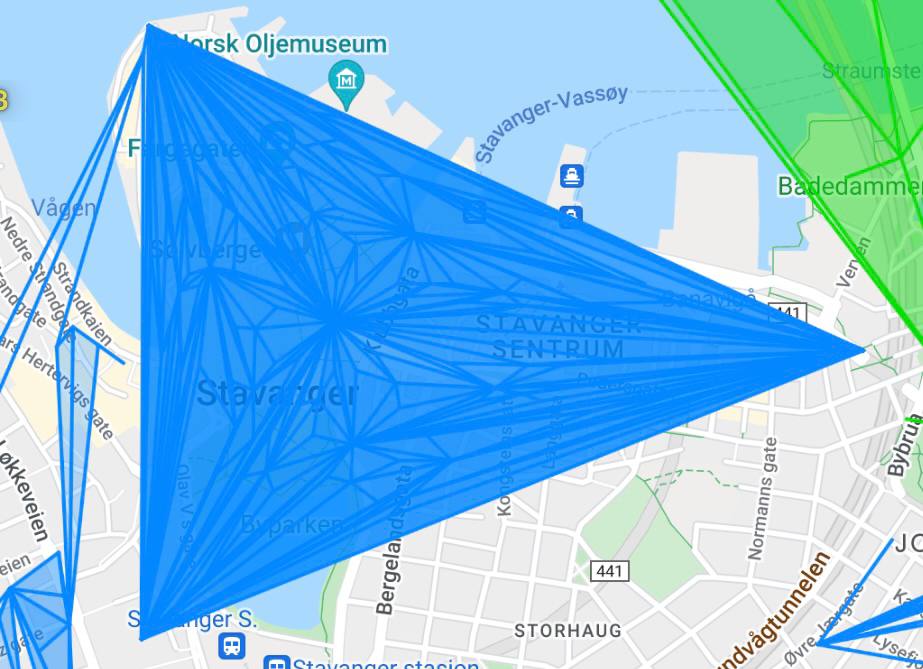 EDIT: Upon further review is seems as if we have missed two links unfortunately. Thanks to the keen eyes of some agents. Oh well, We´ll just have to try again :)

While researching and learning different fielding configurations, one of the most recent additions to the Ingress community in Rogaland, Norway agent Olliveren4 quickly developed an interest and fascination for homogeneous fields.

Venturing out on his own one weekend he experimented with making a 5-layer homogeneous field solo, but he had a dream of going even bigger and attempting what no-one in Norway had ever done before, a 6-layer field.

Olliveren4 knew he needed some help and asked two agents he knew that were crazy enough to do it, I4mGro0T and Dreggen79.

They went to work with finding the best configuration and area with enough portals, and developing this intricate plan. The only place this was possible on our part of the country was in the town center of Stavanger, and it was actually quite perfect, making the longest link of this field only 850 meters.

Agent AgentnavnetDitt joined the team and it was decided that we would split the linking into two teams, working on each side of the field.

The plan was set to be executed on April 6th.

Only Olliveren4 in our team had any previous experience with making homogeneous fields, so the rest of us prepared by watching tutorials on Youtube, reading old sitreps and going over the plan sooo many times.

Naively we met up at on the day at 19.00 on one of the anchor portals in Stavanger, with nothing else then plan in hand. We were "just" going to hack the keys we needed from our list, and then "just" start linking. How hard could it be?

Well, we quickly realized we had our work cut out for us and drawing a detailed plan was not the same as actually executing it. But spirits were high and the whole team was determined to do whatever they could to make it a success.

We decided to hack keys we needed the most of as a group, before we split up and stuck to the original plan of two teams.

At around 22.00 we got to linking, but with approximately only 1/3 of the field completed right before midnight, two of the agents had to leave the party (it was a work day after all) so Olliveren4 and Dreggen79 continued on their own. 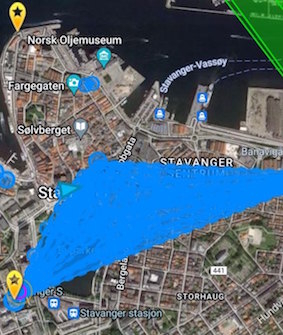 Luckily a local agent TwilightLancer came out to help, and finally at 05.00 after working the whole night the field was finally finished!

The Comic Sans event really helped us along the way, being able to link under the field when little mistakes were made.

The experience from planing to creating a homogeneous field was both fun and challenging. We learned some valuable lessons along the way on how to improve and look forward to having more fun with these types of fields! 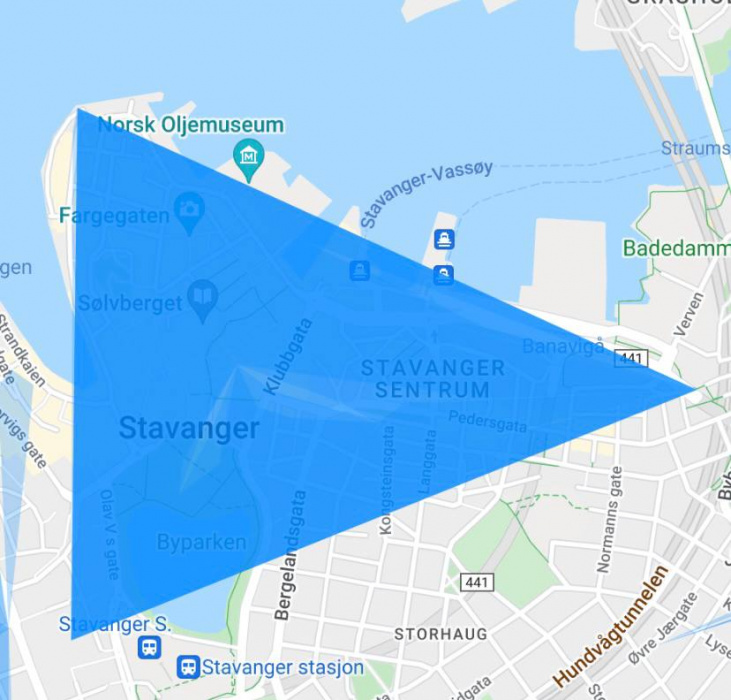