Antwerp, the beautiful city selected as Anomaly Site on Saturday 12th of October, heard of the global P8 competition and of course decided to join. Saturday 15th of June 2019 was the day of the worldwide Twinning 2019 operation. In Antwerp we were ready at 15h local time to compete and started our quest to make as many portals P8 in 3 hours time. We had participants from Antwerp and beyond all in the fighting spirit of Wolves of Belgium.

We gathered as usual on our legendary P8 farm site on the ‘Vrijdagmarkt’ for drinks and strategy prep. Three teams were assembled to criss-cross Antwerp with maximum results. The first team decided to follow the route of the new Twinning banner and afterwards moved to the University and Beguinage area. Team lead was the legendary Dendude player who is known for his AP hunger but for once had a team to lead. He had a great time his team even more and he’s ready for more now.

Second team was lead by local organiser Omenio and who had the help of Starburst specialist Kludster. Exactly eight players were in the team and notwithstanding this tight team it moved quickly beside the mighty river Schelde, the Antwerp castle ‘t Steen and the beautiful new museum MAS at the northern docks. Because this team was the fastest they unlocked the route towards the medieval centre with the Gothic City Hall and impressive Cathedral.

Third team was the team led by local player Suntaury who knew all the portals by heart and steered his team through the small streets between lovely antique shops and local restaurants. His team went above and beyond duty even with a player on bare feet. Walking around the Museum of Fine Arts in the trendy South part of town.

All three teams ended back at Vrijdagmarkt with the great result of 396 portals turned P8 and a fifth place as city worldwide. There was a celebration dinner at ‘De Bomma’ where classical Belgian cuisine grandmother style is on the menu.

Join us on 12th of October in Antwerp and we will repeat and improve the Bruges victory!

~ The Wolves Of Belgium 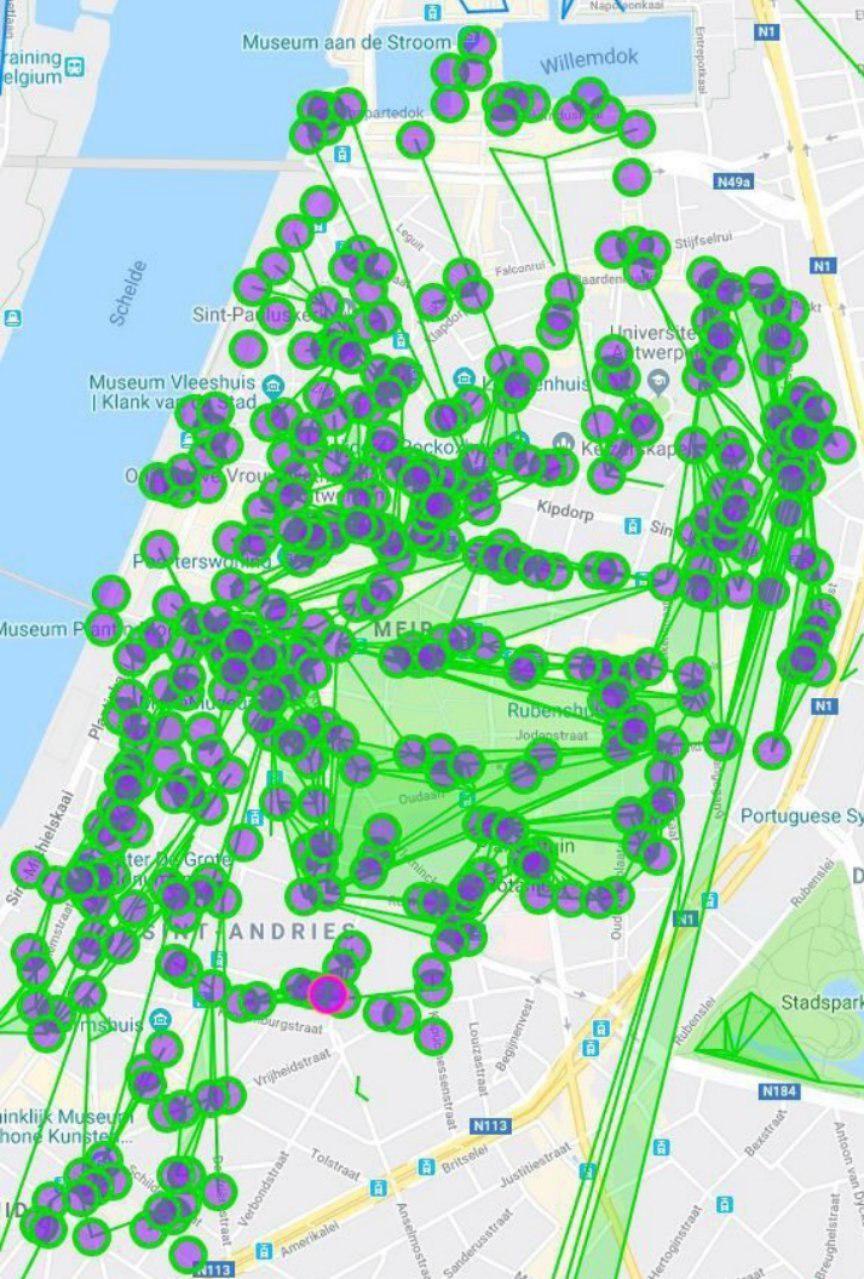 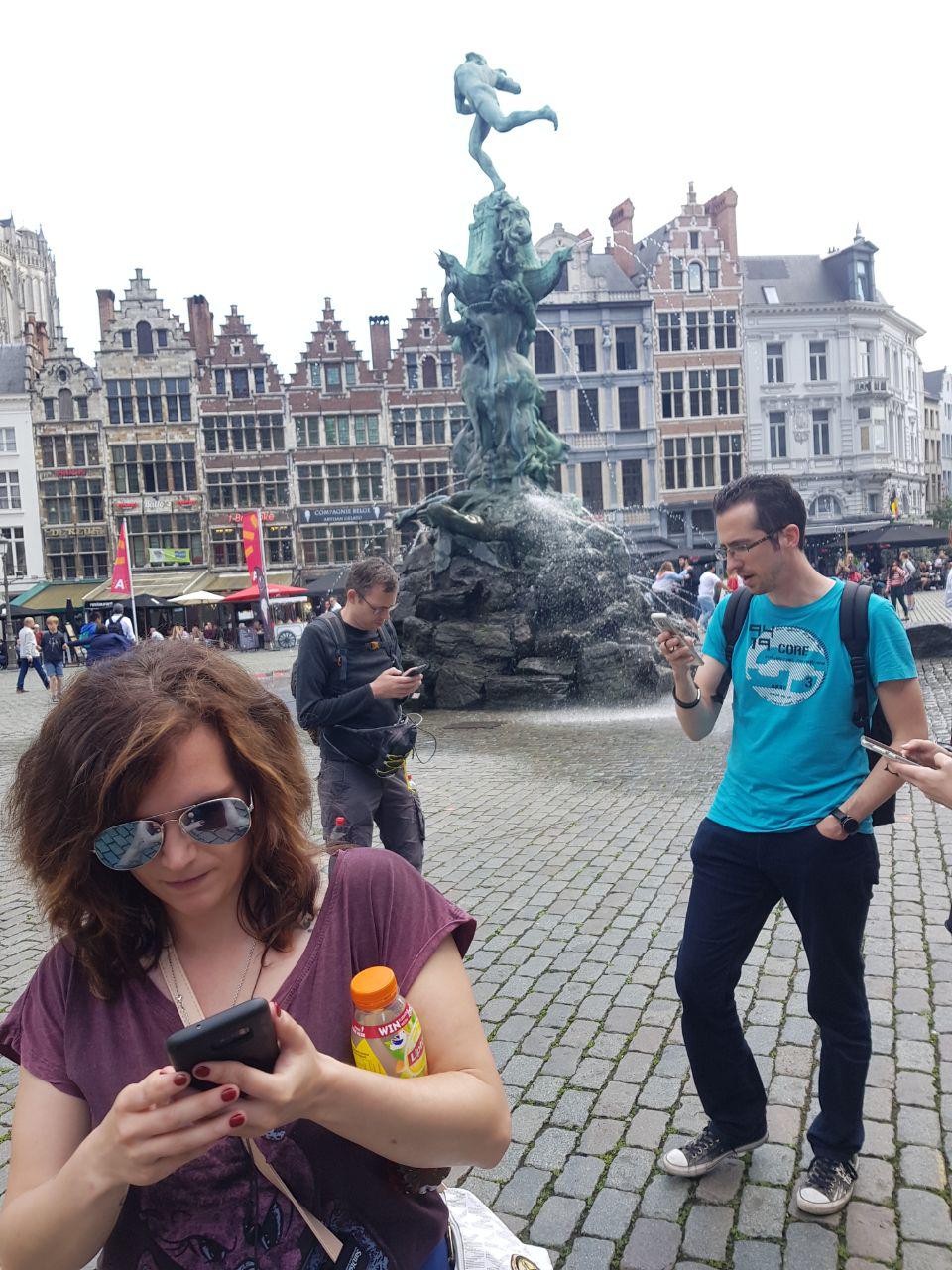 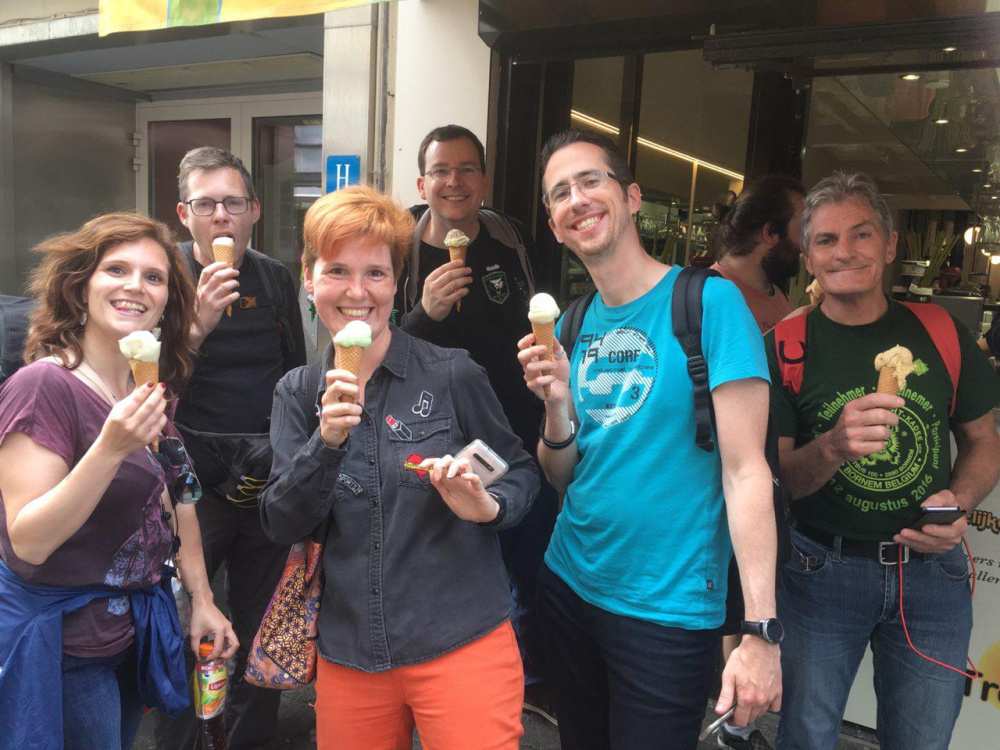 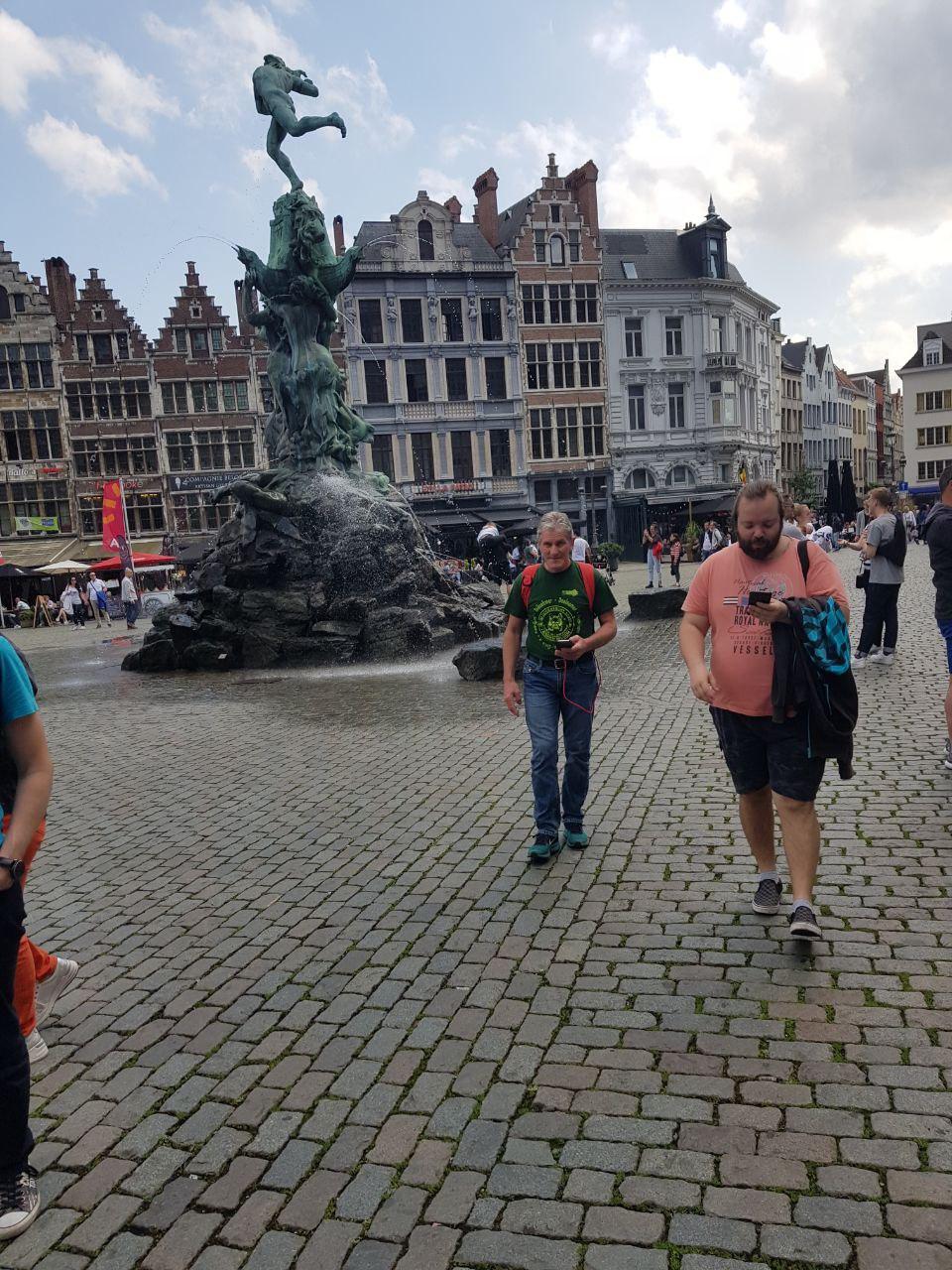 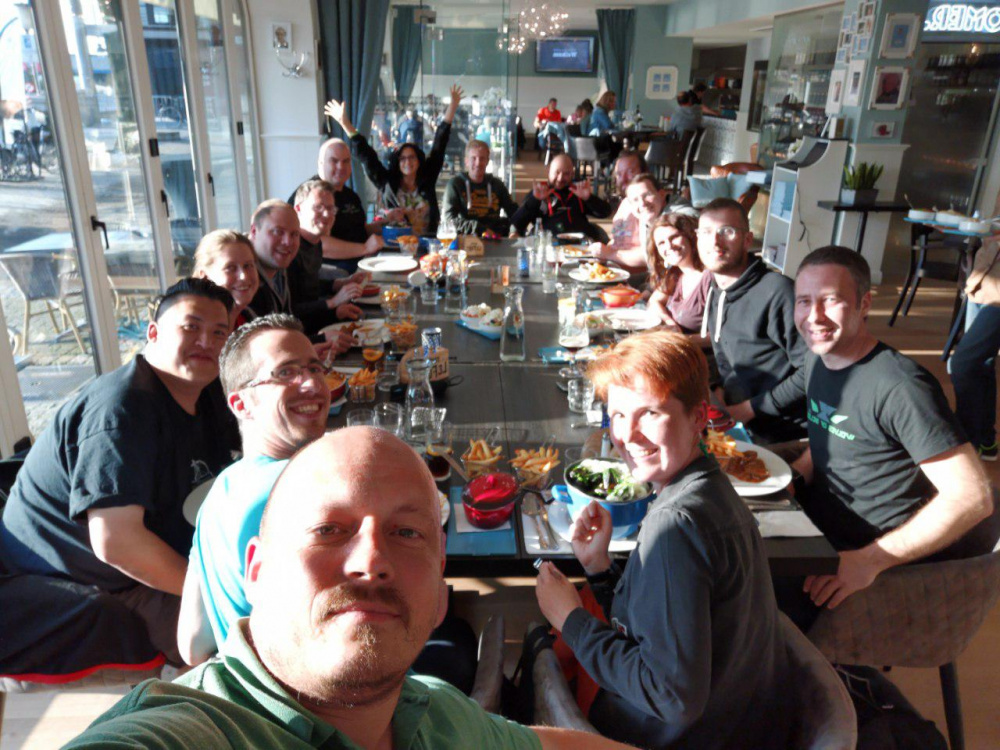