Kureze Effect Eureka happened this last Sunday from noon to 3 pm. We had no standard rules, this was all new to everyone involved as everyone but myself had no experience with battle beacons. I explained it simply as keep the portals with Beacons on them under your control. People did not need to be there the entire time, they could participate without interacting socially if they wanted, i made sure we were as flexible as possible to everyones comfort levels. This was our first in person, outside event, since the pandemic hit. I simply wanted our local area to have a chance to participate and get their badge.

The event starts and I got to meet two old time Agents i have never met before. The Enl lead shows up and we start actually discussing the beacons as we are fighting over portals. I get to explain the differences between beacons as more Agents join in on the fun. Every Agent that shows up, im giving them a rare load out card and some other goodies to make the event a bit more memorable. I'm deploying on clusters of portals, letting 10 beacons go at a time trying to make the battles a bit more spread out and fun. Sneaking off to the distance at times to add a portal that isnt close to the mix. As the numbers grow to 8 agents, 4 from each side, everyone starts getting stragetical. It is no longer just claim and destroy, it's wait until the last couple seconds and flip the portal to get the points.

Both sides are enjoying each others company. A couple sneak off to get the portal thats down the block with a beacon on it, determined to score on it. Experienced Anomaly goers start talking to others about how to hold a portal, how to hold off on attacking until the timer starts going down. When a portal can't be flipped, move to the center with ultrastrikes, some one wait til the shields go down to attack, another person focus on claiming the moment the resos come off. This is all happening with laughs and conversations asking how each other is doing because it has been so long since we've seen each other together.

This is fun! This is the most sober ive been at an anomaly! We all share the laughs in the jokes and memories of events of the past. Soon many have their Badge but we are just continuing to play. I've learned how to stagger the beacons out to draw out the play time. We have all agreed we like the Very rares better because the moment they flip the portal, it becomes a fast paced change in chaos going from being the attackers to the defenders. Frustrating errors in the game, like lags and being unable to deploy, become part of the stragety. The group evolves around them to score what they can. Toast is being a very good distracter to the smallest of us.

Are you playing pokemon go? Nope Ingress! An Agent works their magic to try and recruit while we are battling. It has suddenly been 2 hours already, no one has left. We are all having so much fun but all running out of gear. The group decides to take a break, get more gear and i wait to deploy beacons again. The question is asked can we just deploy one Battle beacon and all Fight over just one for the next round. The cluster of Beacons is distracting and they want to see what happens when we focus on just one beacon at at time. Everyone agrees. We have spent the last two hours reminding ourselves how to play in an anomaly setting and they want to test it. Everyone gets the time to hack and restock until they all agree they are ready. The battle begins.

This is the most silent but most exciting battle. Everyone is concentrating, cept for the random call out for a shield or attack. People are stationed at the center of the portal while others are at a distance. Axa after Axa is used, bursters are constantly being fired, power cubes have a huge use. This portal cant be flipped by an Agent so every checkpoint is a rush in changing play. YES! we got it! Good job! They are hitting hard! Hold It! The excitement is clear. The final point is score and everyone says good game. A couple more beacons are set off after but these arnt fought over as much as everyone seems have gotten their fill.

No one cares to bring up who won how many, everyones just laughing and talking about the fun that was had. No one has anymore gear to deploy or destroy. Everyone loves that they've used gear that they haven't in years. Everyone wants to do this again sometime. This is missed, this community gathering.. Three hours of battling have passed and we are all so happy to have had it. This event brought the community together again, though we werent really apart. We were just in our own worlds that collided nicely this day.

Everyone left with more than the minimum interactions for the Badge because for us, it wasnt just about the badge even if that is what drew our gathering together. I am incredibly thankful for the community i have here and the chance to be able to have brought it together for this day. Until the Next time! 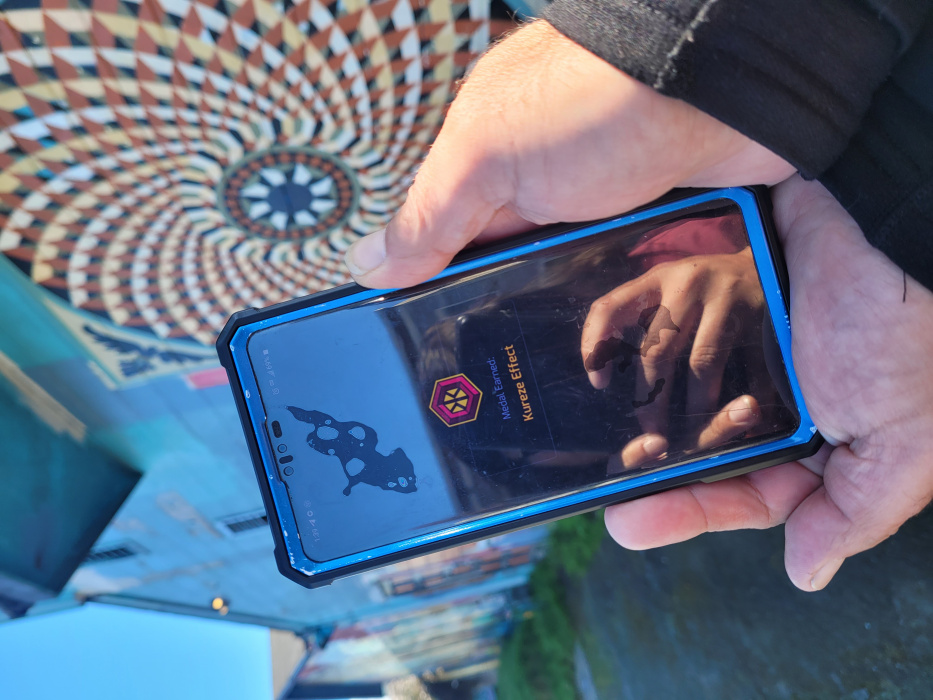